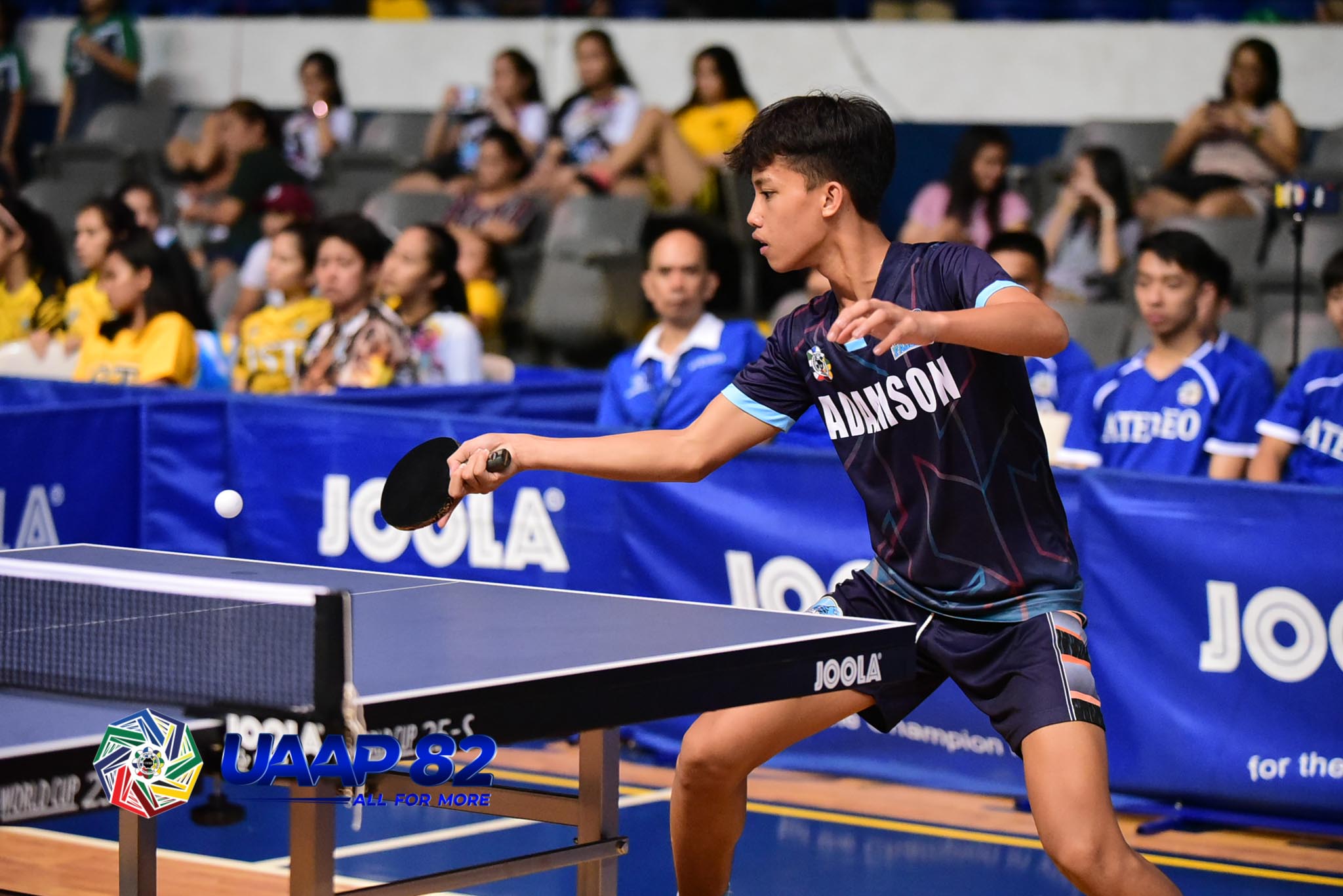 The Baby Falcons took both of their assignments of the day after fending of De La Salle Zobel in the morning in a tie that went to a deciding singles match. Adamson then stopped Ateneo High School at 3-1 in the afternoon for the 2-0 win-loss record.

Last year’s finalist University of the East and University of Santo Tomas bagged victories in their lone ties for the day to keep in step with Adamson.

On the other hand, last year’s third-placers Junior Tigress Paddlers clinch two-out-of-two victories for the day. UST opened the day with a sweep over Adamson, then followed it up with a 3-1 rout of La Salle Zobel.

Reigning girls champions UE fended off the Lady Baby Falcons in five matches to open their title-retention bid with a win at 3-2, as the Junior Lady Green Paddlers went out with a win over UP after the morning session.