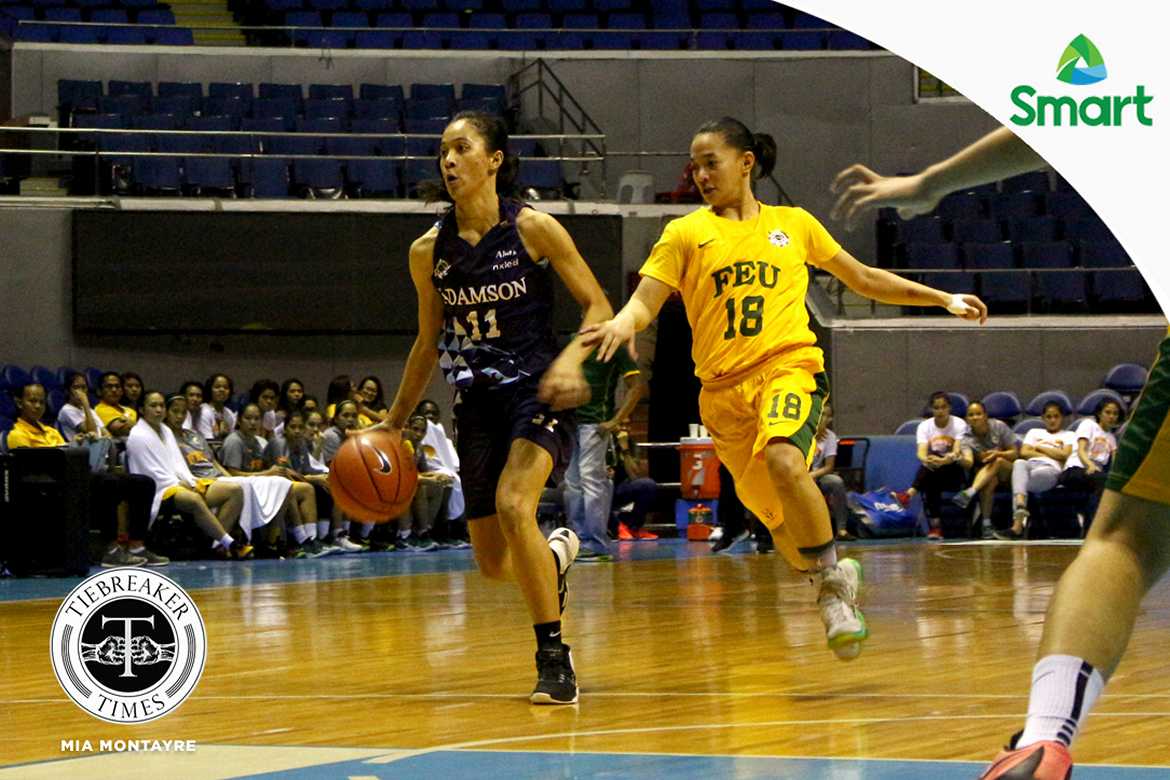 Adamson gets a new lease on life.

Kaye Pingol led the Lady Falcons with 15 points today at the Smart Araneta Coliseum in Quezon City. Pingol was followed by Jamie Alcoy and Jo Razalo, who scored 11 points each. Nathalia Prado also made 11 points and 12 rebounds.

When asked what made his team win, Adamson coach Mike Fermin called it his players’ “willingness to win.” He expounded, “Nung halftime we were down by six (points). I told them na kung gusto niyo manalo, you need to take it from FEU.”

The Lady Falcons endured a difficult start to the game. The Lady Tamaraws had a 17-29 lead at the 3:39 mark of the third quarter courtesy of Fatima Quiapo’s trey. Undeterred, baskets from Prado and Razalo trimmed the deficit to 24-30 at the break.

The San Marcelino school chased the game in the third quarter, as a Valerie Mamaril freebie maintained FEU’s six-point lead at 38-32. But the Lady Falcons kept pummeling the Lady Tamaraws, and two free throws from Kathleen Araja leveled the scores 39-39.

Four consecutive freebies from Precious Arellado allowed FEU to edge Adamson, 42-43, before the fourth quarter, but momentum was very much on the Lady Falcons’ side.

Deep in the fourth quarter, the Lady Falcons kicked off a 12-2 run capped off by Prado to enjoy their biggest lead of the ballgame at 54-48. That cushion was enough, as Adamson eventually saw the game out with a final score of 57-53 at FEU’s expense.

#ReadMore  Pons, Rondina making the most out of PSL Beach Volleyball exposure

Inside points and defense won the game for Adamson. The Lady Falcons scored 36 inside points compared to FEU’s 20. They also forced the Lady Tamaraws to commit 33 turnovers, from which they got 22 points.

Adamson (6-8) shall now face Season 79 hosts University of Santo Tomas to determine who gets the last spot in the Final Four. On the other hand, FEU (3-11) have played their last game of the season today.