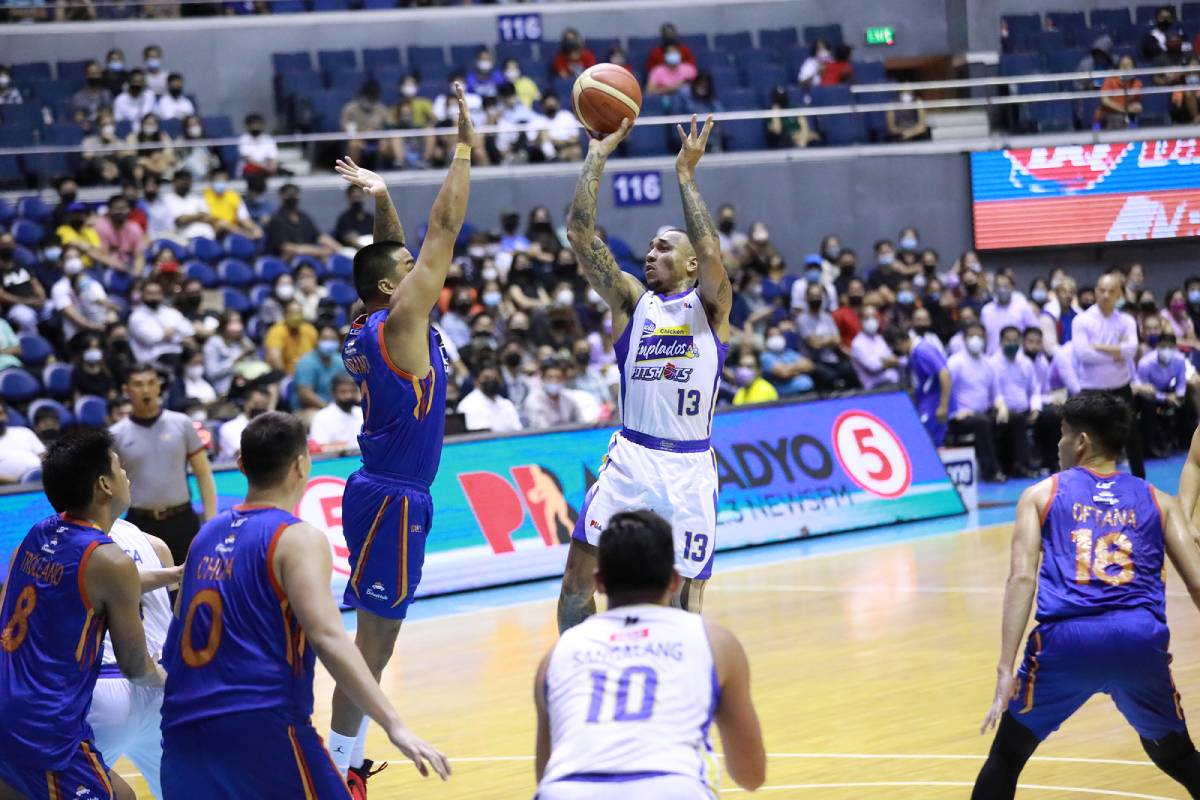 Calvin Abueva no longer wants to dwell in the past as he returned to Magnolia Saturday following a one-game suspension slapped by the PBA.

The ‘Beast’ politely begged off from an interview after the Hotshots’ 87-73 win over NLEX in Philippine Cup action, his first match back after the said ban due to unsportsmanlike conduct against Barangay Ginebra last June 19.

“Moving forward na tayo,” was the only thing that the 33-year-old offered to reporters as he made his way out of the SMART Araneta Coliseum.

Also fined P10,000 by the league, Abueva came off the bench and finished with eight points, half of which he made in the third quarter that saw his crew erupt for 33 points to completely turn the game around after falling by as much as 15.

He also collected five rebounds, two assists, a steal, and a block each as he filled the stat sheet in the 27 minutes he played.

Certainly happy to see the reigning BPC back in the fold is head coach Chito Victolero, especially now that Magnolia is approaching the tail-end of its elimination round campaign with four games remaining.

Toting a record above .500 for the first time this conference (4-3), the Hotshots will next face Terrafirma, Meralco, Rain or Shine, and Blackwater.