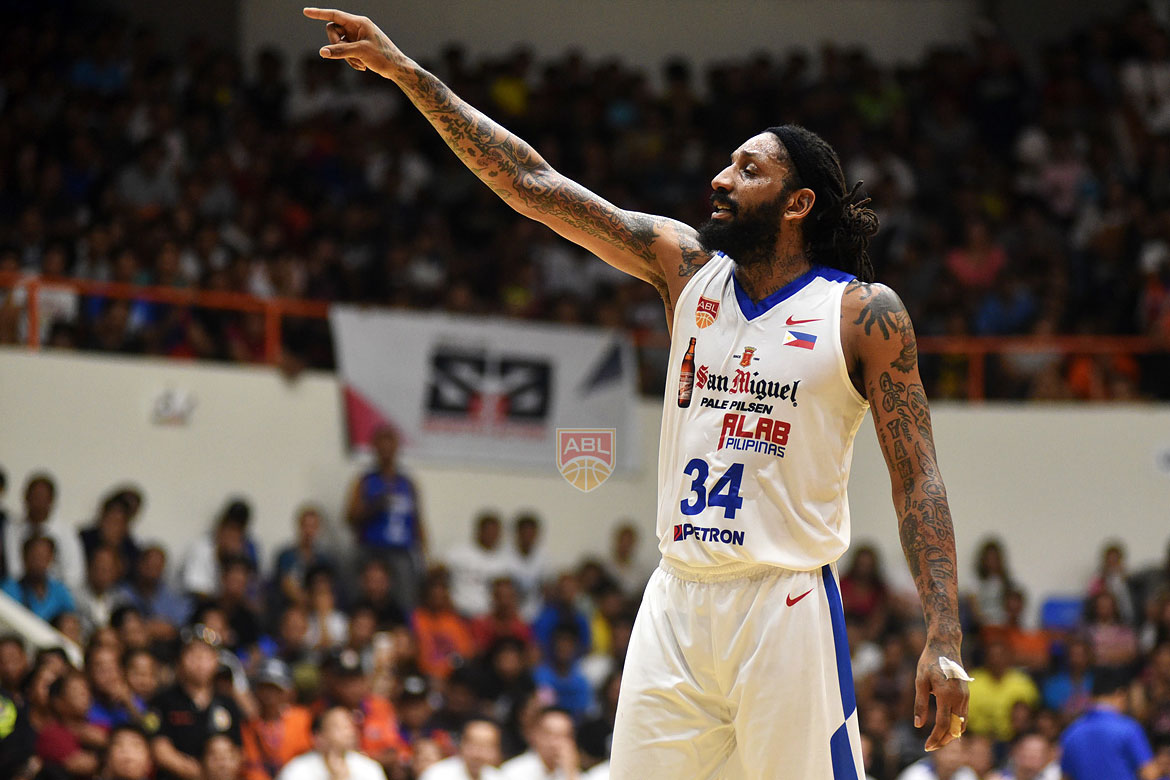 In their much-awaited return, San Miguel Alab Pilipinas put on a show at the Sta. Rosa Sports Complex in Laguna – the same place they won their championship a season ago.

And the two quickly made an imprint on the game, scoring 17 of Alab’s first 23 points. It would only get better in the second frame, as the new faces of Alab clicked.

“I’m pleased with the effort especially defensively. CLS is a team that can score in bunches, but right from the start of the game we were able to establish ourselves defensively,” said second-year Alab head coach Jimmy Alapag.

Filipino-Americans Brandon Rosser, Ethan Alvano, and Caelan Tiongson joined forces to help Alab erect a lead that went to as high as 31 points, 94-63.

But the mainstays also made a mark as reigning, two-time Most Valuable Player Bobby Ray Parks, Jr. had 10 points in just 24 minutes of game time; while fellow mainstay Lawrence Domingo added six points and three boards.

“It was a concern. Six games in, you’re pretty much right into the bulk of the season. But credit [to] our guys – they’ve been working hard for the past few weeks,” Alapag said about the long wait they had before making their season debut.

Maxie Esho led CLS with 20 points and eight rebounds. Stephen Hurt tallied 19 points and nine rebounds for the Knights, who shot just 38 percent from the field.

Alab will next face the same team on December 16 at the GOR Basket Kertajaya in Surabaya.