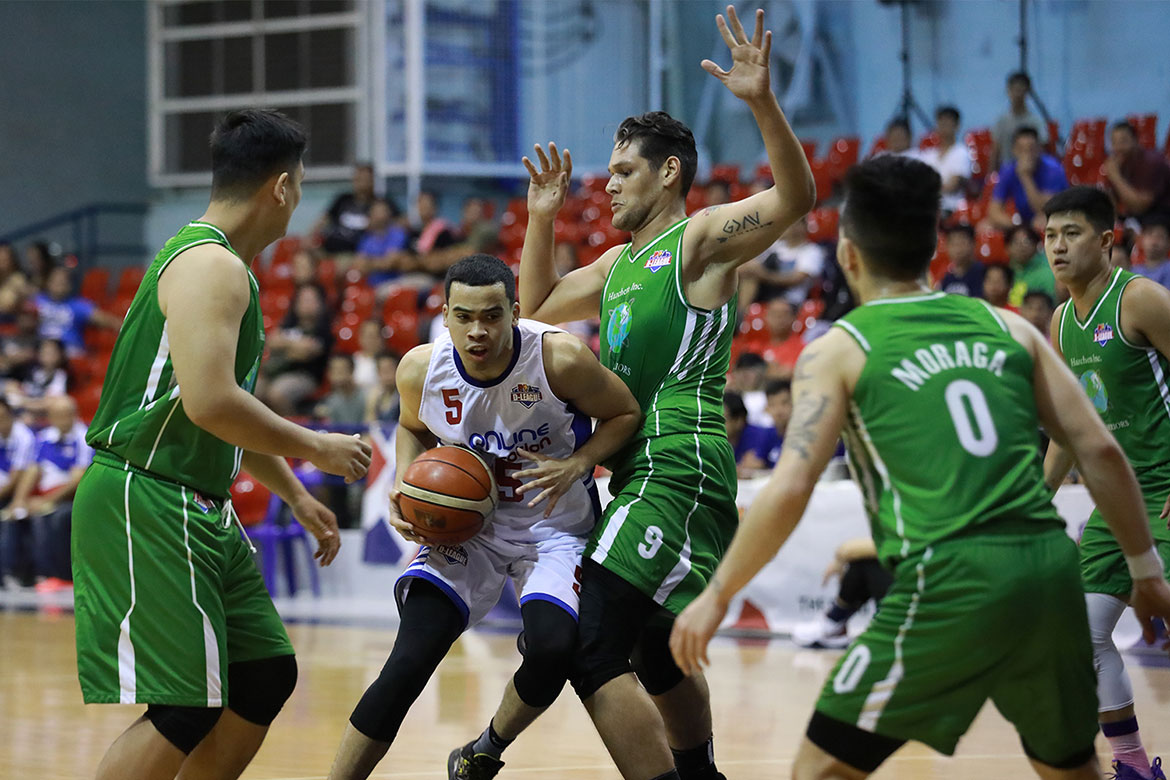 The son of PBA great and current Meralco coach Norman Black finished with 45 points, 18 assists, and 12 rebounds as he tied Jeron Teng for the most number of triple-double performances in the developmental ranks with three.

Black also played a big factor behind the Titans’ 21-2 start in the game, setting the tone for the one-sided affair.

AMA would then lead by as many as 47 points, 130-83, after a Franz Asuncion bucket that came off a Black assist with 34 seconds left to play before cruising to the 43-point victory.

Dennis Santos had 20 points and 10 rebounds, Luke Parcero had 18 points, while Alvin Fuentes and Michael De Leon added 11 markers apiece in the victory that enabled the Titans to lock up the fourth seed in the group with their 3-3 card.

Raymark Matias had 28 points and five rebounds to lead Hazchem, which ended its campaign with a 1-5 card.

Alexander Mohammad made 13 points as Marvin Moraga added 10 points and 10 boards in the Green Warriors defeat.