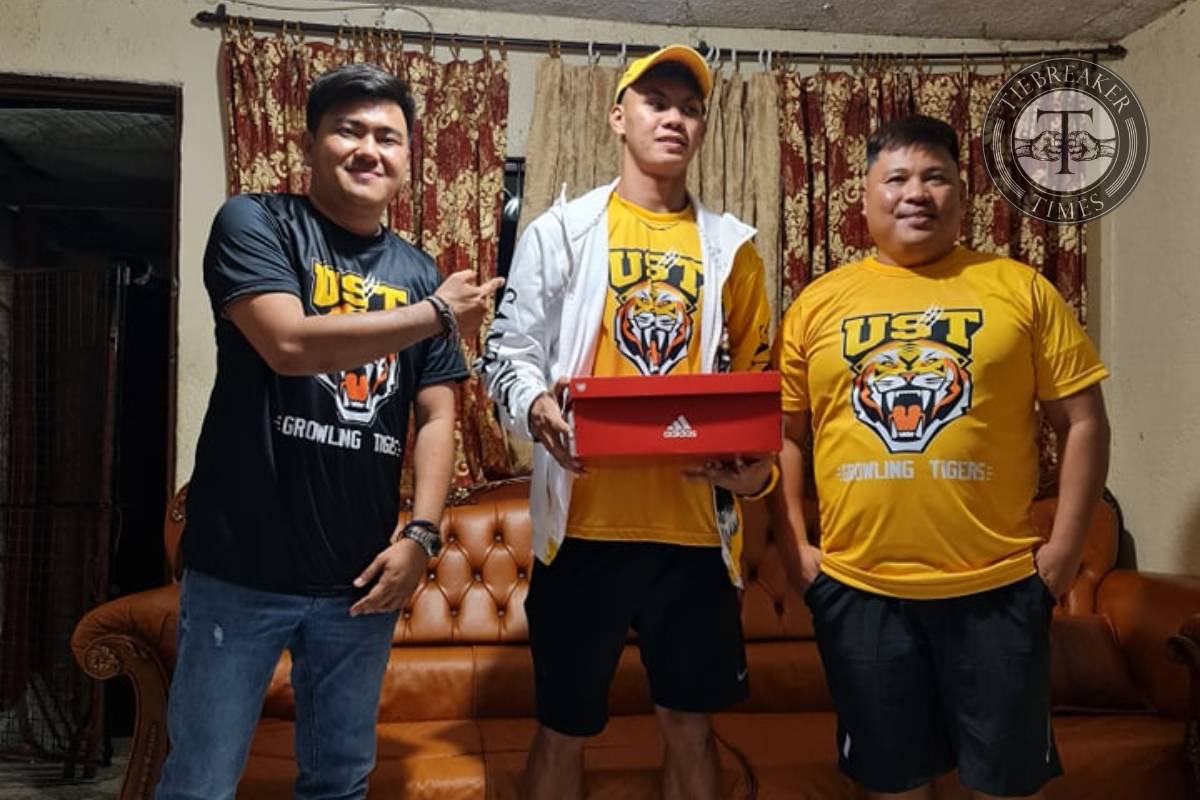 Nicael Cabañero will continue on with his studies at University of Santo Tomas.

This as the 6-foot-2 athletic guard has committed to the Growling Tigers, Wednesday evening.

Last year, Cabañero transferred from San Beda High to UST High in hopes of playing in UAAP Season 83. However, the ongoing pandemic forced the league to stop play.

Still, it did not stop him from continuing his journey with UST.

The native of Lapu-Lapu City first started off with Sacred Heart School – Ateneo de Cebu. He later transferred to San Beda during his Grade 10 year.

He was also a former MVP in the Milcu Got Skills Under-15 division and an NCAA champion.

2020 would have been his showcase year. But that did not stop him from looking ahead to the next four to five years of his young career.

Other schools that sent wanted to recruit include San Beda and Ateneo. But for Cabañero — who only received a pair of shoes, scholarship, and a stay at the team’s dorm — he wanted to be part of something special in UST.

Cabanero acknowledges that there will be pressure on him and the school’s other recruits to restore the glory of the school. But for him, he, Jordi Gomez de Liaño, Royce Mantua, LA Casinillo, Kean Baclaan, among others have what it takes to rebuild the school’s program brick by brick.