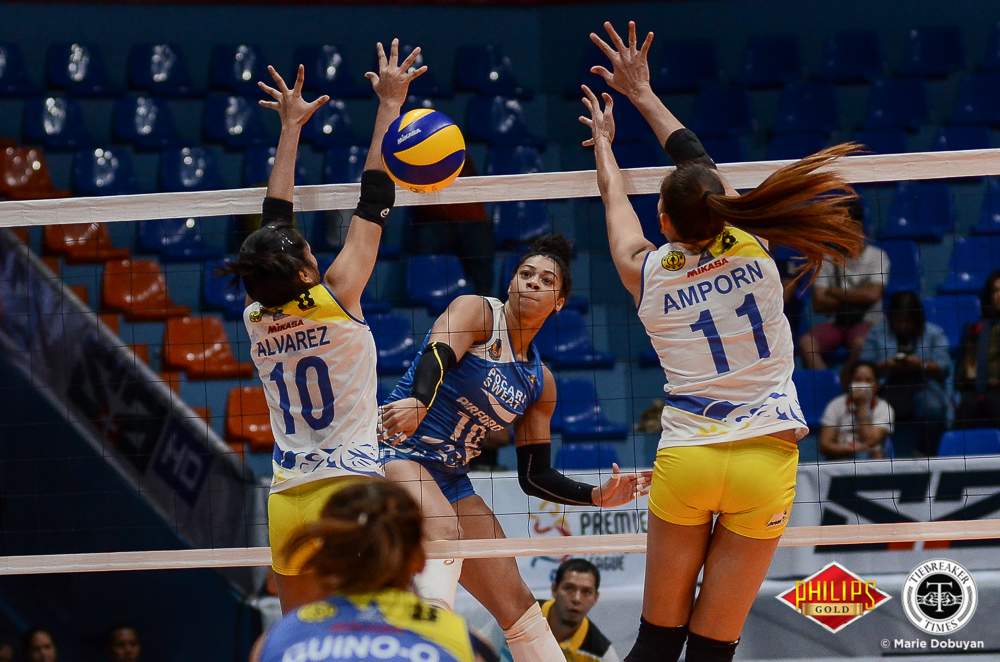 Coming off a victory last Wednesday, the Pocari Sweat-Air Force Lady Warriors picked up where they left off, subduing the Chooks-to-Go-backed Tacloban Fighting Warays, 25-22, 26-17, 25-20, in the Premier Volleyball League Reinforced Conference Quarterfinals at the Filoil Flying V Centre.

Pocari Sweat (4-1) will now await the result of Banko Perlas (4-0) vs Petro Gazz (3-1) that will dictate the rankings for quarterfinals.

To avoid any complications on their side, the defending champions took care of business first.

The Lady Warriors started the game at a brisk pace, giving themselves a seven point lead in the opening set, 17-10. Carrying that energy into the ensuing set, they were able to establish another seven point gap, 18-11, that helped them bury Tacloban in a two-set disadvantage.

In the third set, however, Tacloban showed that they wouldn’t back down without a fight, as they held the lead, 8-7. But Pocari Sweat remain unfazed, unleashing a 15-6 onslaught to inch closer to a win, 23-14. With a win within their sights, Pocari Sweat-Air Force head coach Jasper Jimenez opted to experiment on the remaining possessions.

Seizing the opportunity presented to them, the Fighting Warays rallied back from sizable deficits, 20-23, leaving coach Jimenez no choice but to bring Madeline Palmer back onto the Taraflex. A Palmer cross-court kill stopped the bleeding, while an Amporn Hyapha hit sailed wide to seal the game for good.

The troika of Arielle Love, Myla Pablo, and Palmer led the Air Force scoring with 16, 15, and 13 respectively for Pocari, who now end their quarterfinal campaign on a high note.

While, Hyapha was the lone double-digit scorer for Tacloban with 12.

Tacloban, meanwhile, will seek to end their season on a positive note against the BaliPure-NU Water Defenders (2-2) on Wednesday, June 27.