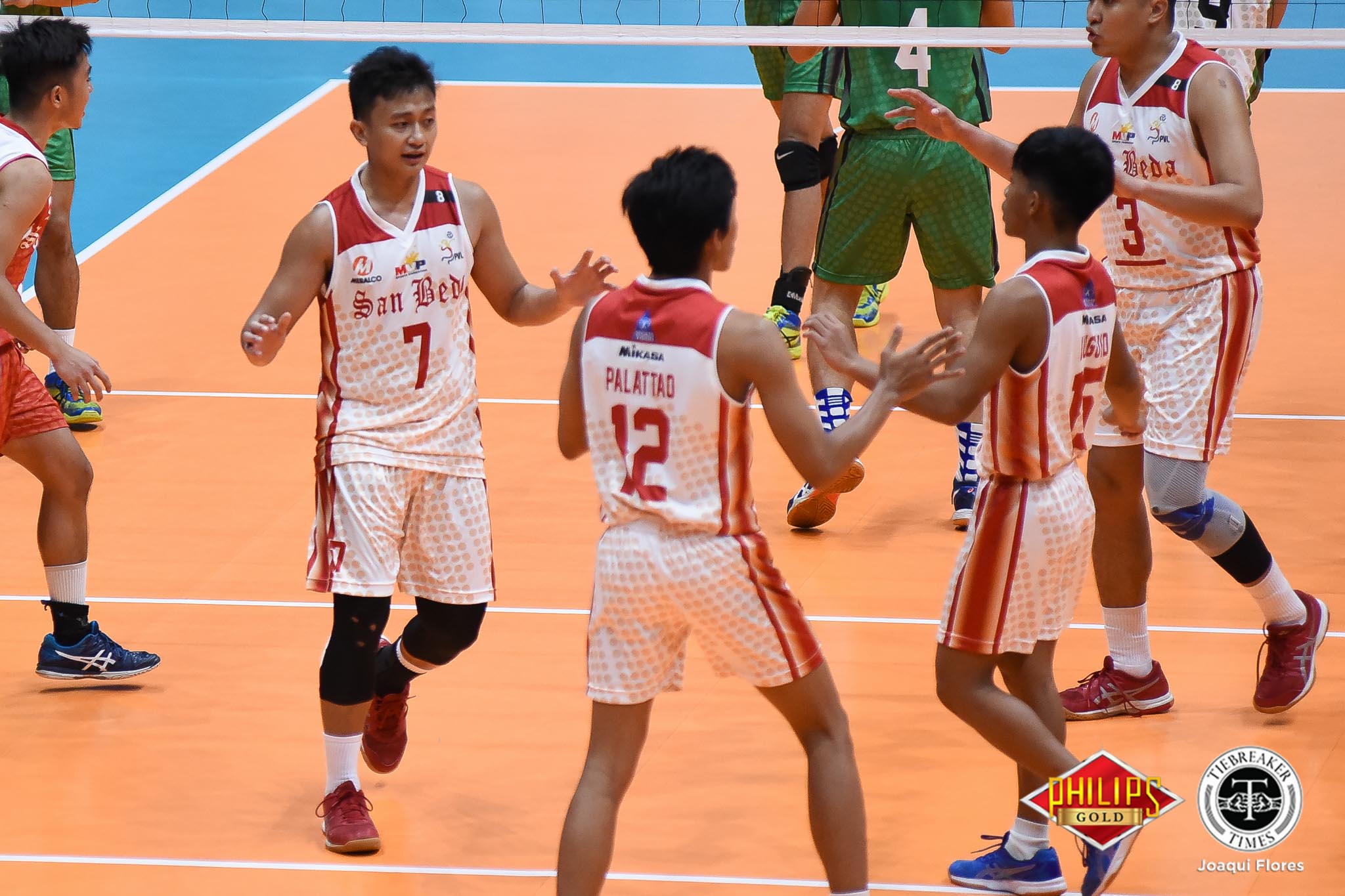 After being dominated in scoring skills in their last game against the University of the Philippines, the Mendiola-based squad topped their counterparts on attacks and in serves at 56 and 13, respectively, as opposed to the latter’s 47 and 4.

Jomaru Amagan paced the Red Spikers with 20 points, while fellow wing hitter Jeffrey Losa had 14 markers to tow the Red and White.

The Chiefs leaned on the scoring of Demy Lapuz and Christian Dela Paz to lead early in the first three sets, but could not sustain the momentum in the first and third frames to eventually concede. The Arellano wingers ended with 17 and 16 markers, respectively.