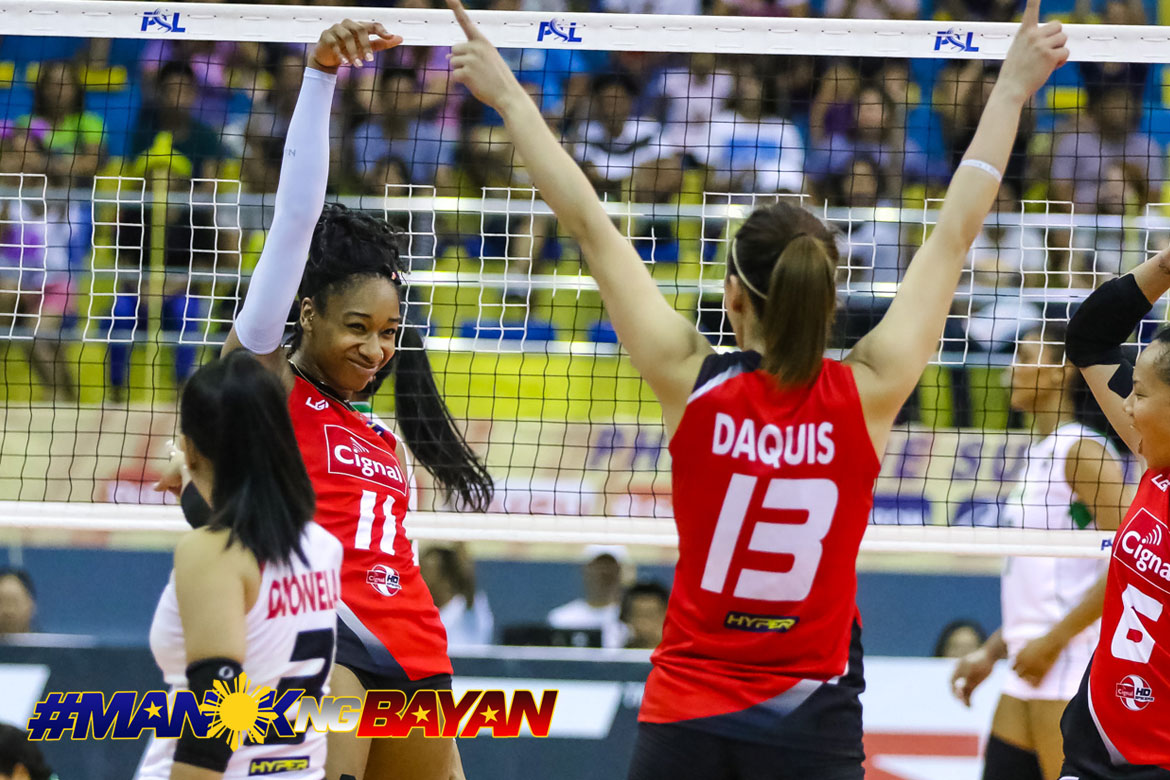 Coming off two demoralizing straight set losses in the Chooks-to-Go/Philippine Superliga Grand Prix, Jeane Horton and the Cignal HD Spikers vented their ire on their sister team SMART Prepaid Giga Hitters, making short work of them with a 25-21, 25-18, 25-20 sweep, Saturday afternoon at the Muntinlupa Sports Center.

With the win, Cignal lifts its record to an even 3-3 slate. Smart, the PSL’s debuting squad for the season, has yet to win in six tries.

Jeane Horton and Sonja Milanovic conspired at the attack zone to power the HD Spikers. Horton, the power-hitting American, delivered 13 kills for 16 points while Milanovic chalked up 15 attacks also for 16 markers.

The hungry Giga Hitters put up a fight in the third set.

Behind scoring ace Gyselle Silva, Smart Prepaid was up 16-14 during the third frame. Rachel Daquis and Horton though linked up as the two towed Cignal to a 6-1 rally to regain the lead.

Cignal’s two imports then put on the finishing touches to seal the rout.

Cignal looks to build on this win when it faces Generika-Ayala Lifesavers on Thursday, March 22. SMART Prepaid, on the other hand, hopes to snap its skid when it takes on the Sta. Lucia Lady Realtors on Tuesday, March 20. Both games will be played at the Filoil Flying V Centre.