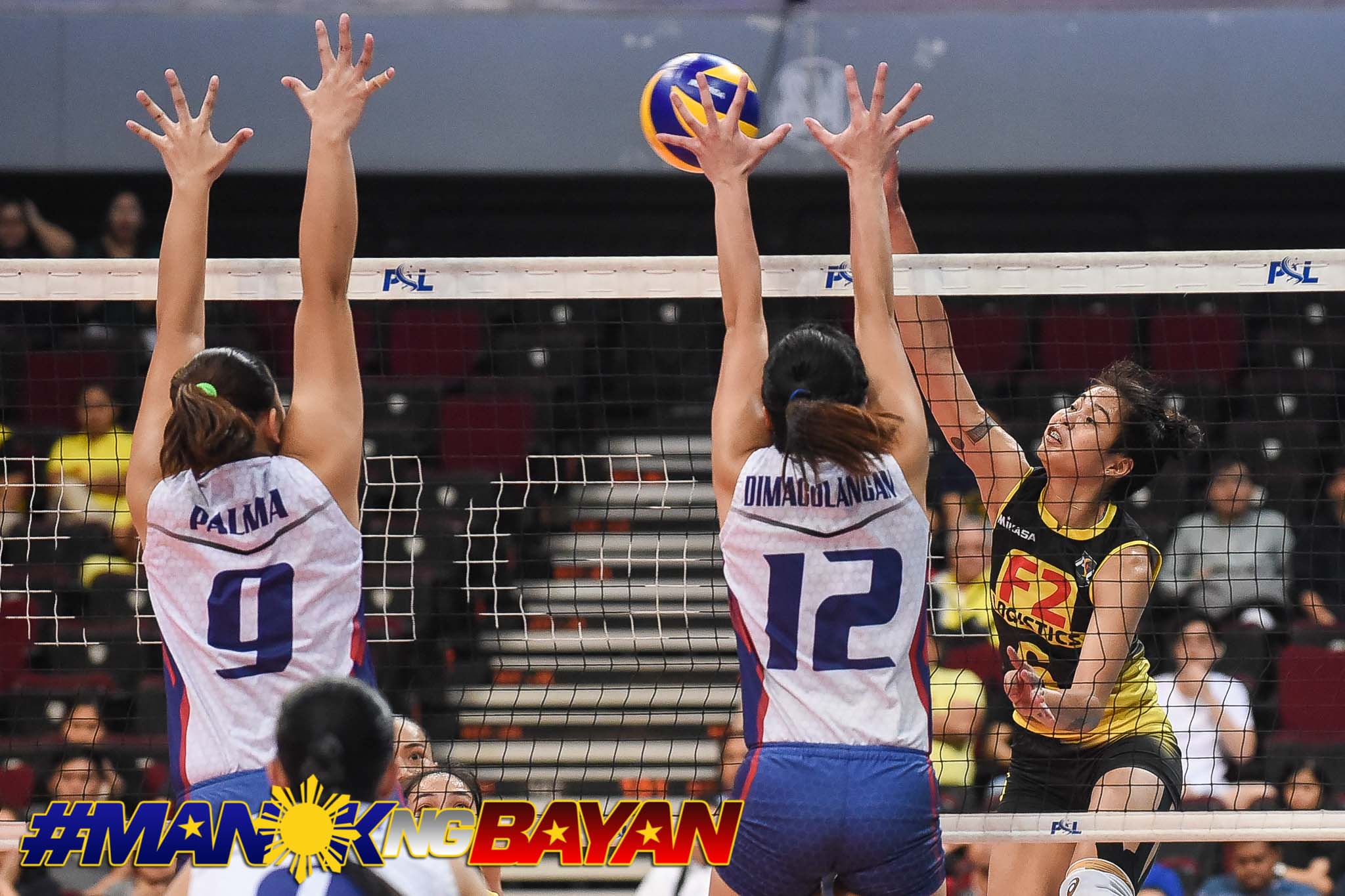 The match started how Game One ended: with Petron holding off F2 Logistics. Ahead 21-17, the Blaze Spikers began a costly trend of bad receptions that allowed the Cargo Movers to come within two, 22-20. Petron eventually won the set thanks to heads-up plays from Remy Palma, but their propensity for misreceptions continued through the match.

F2 Logistics took advantage, mustering a 6-0 run in the second set that gave them a decisive 13-7 lead. The Cargo Movers eventually took the frame and continued their run in the third set, blitzing Petron, 21-13.

Petron tried to rally in the fourth frame, sticking with F2 Logistics through steady defensive play. But the Cargo Movers found their groove, turning an 11-all deadlock into a 14-11 advantage that persisted until the end of the match.

Petron last lost a match in Game Two of the Invitational Cup to the eventual champions F2 Logistics.

Game Three will be on Thursday at the FilOil Flying V Centre.