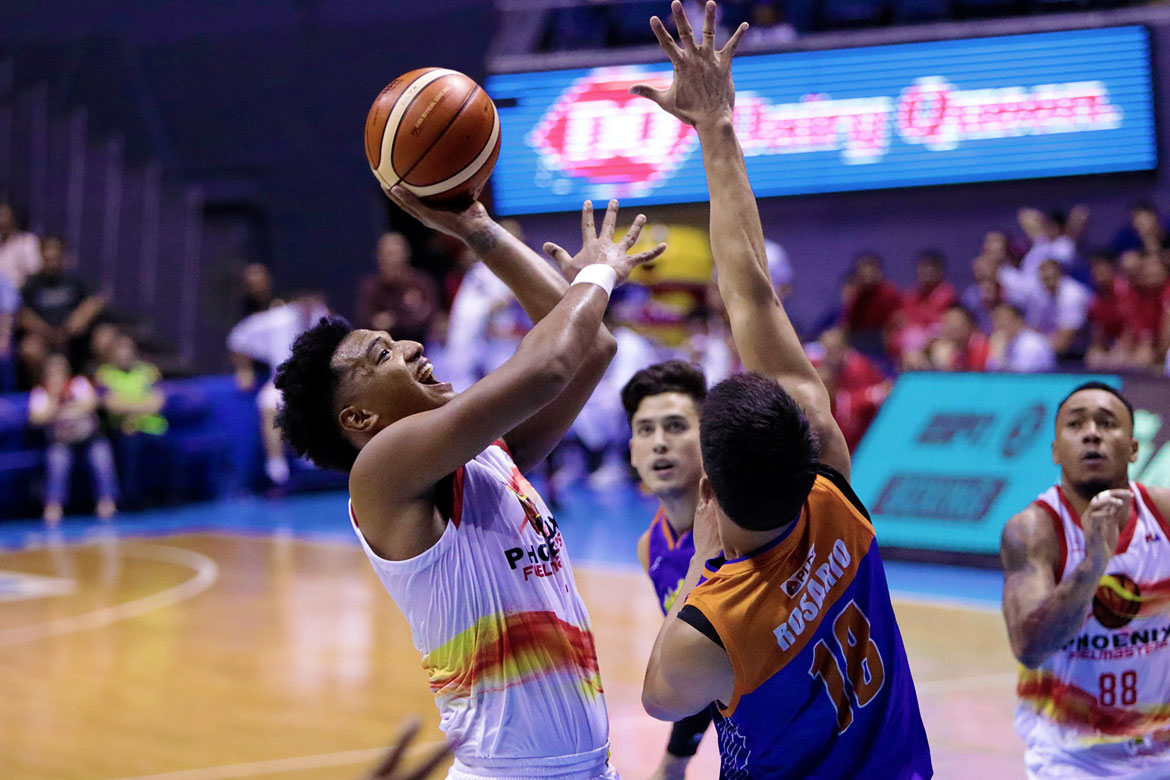 The Phoenix Fuel Masters quickly returned to the win column after losing to the Alaska Aces two days ago, as they tore apart the struggling TNT KaTropa, 112-82, in the 2018 Governors’ Cup, Friday at SMART Araneta Coliseum.

The Fuel Masters improved to 3-1 to gain a share of the fourth spot of the team standings with the NLEX Road Warriors, while the KaTropa absorbed their third straight loss and dropped down to 1-4.

The Fuel Masters just couldn’t be stoped and would go on to lead by as huge as 41, 100-59, after Wright’s corner triple with 7:59 left in the final period went in – Phoenix would lead with such amount multiple times after that.

Jazul had 13 markers, while Calvin Abueva provided 12 points and 13 rebounds in the victory.

Francis Tamsi had 14 points to lead the Texters, who missed the services of top shooting guard Terrence Romeo for unspecified reasons. Import Stacy Davis only had 13 points and 11 rebounds, while Jericho Cruz had 12 points.

Phoenix will have a lengthy break before facing the Meralco Bolts on September 19. TNT, meanwhile, will face the still-winless Columbian Dyip this Sunday, September 2, at 4:30 PM. Both games are still at the Big Dome.

Saints hold off Heroes for second year in a row