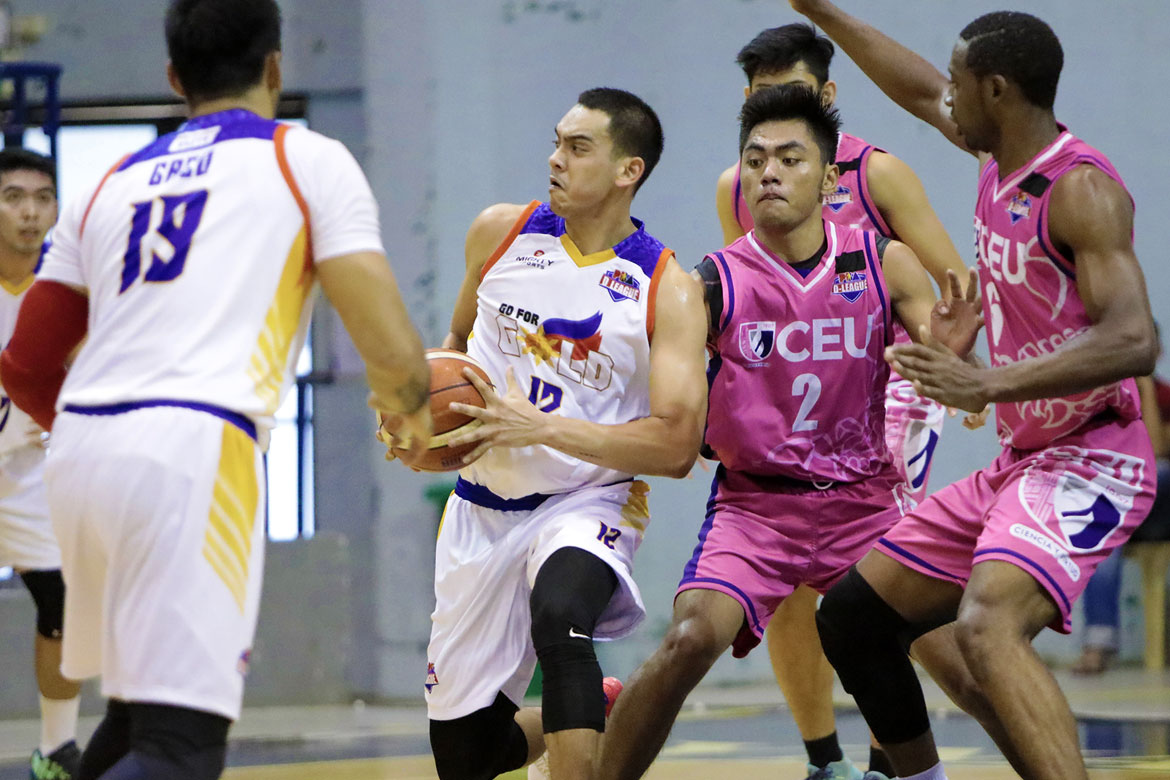 The Go for Gold Scratchers stretched their winning run to three with a 92-83 victory over the Centro Escolar University Scorpions, Thursday in the 2018 PBA D-League Foundation Cup at Ynares Sports Arena in Pasig.

But it was Vince Tolentino who stepped up to the plate, unleashing 20 points, six assists, and five boards in the win.

“Vince is a really smart player. He has great feel for the game and he does a lot of good things for the team. We just maximized his skillset,” said coach Charles Tiu as his side rose to 3-0.

Veterans Jai Reyes and Jerwin Gaco also had their imprint in the conquest as they teamed up for 22 points, seven rebounds, and five assists.

Go for Gold exerted dominance in the second quarter to ground the youthful CEU and take a 53-42 halftime lead and go on cruise control from that point on.

Emotions, though, picked up when CEU’s Orlan Wamar showed his frustration in the fourth quarter and threw the ball at Go for Gold’s Kris Porter, causing the two to be whistled with double technicals.

Despite the tension, Tolentino and Ron Dennison were able to finish off the victory as they gave the Scratchers a 15-point lead, 92-77 with 1:33 left.

Wamar carried CEU (1-2) with 17 points, while Pierce Chan had 14 points and nine rebounds in this second consecutive defeat.