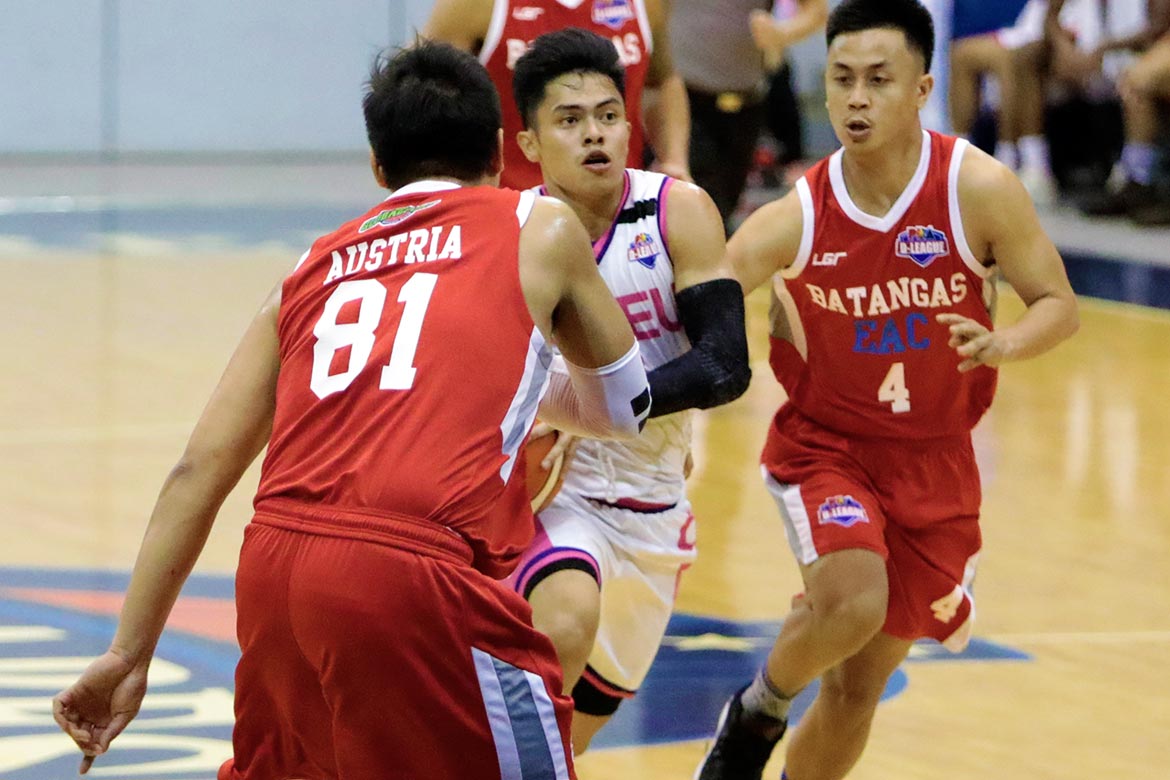 The Centro Escolar University Scorpions fortified their chances of moving on to the semifinals of the 2018 PBA D-League Foundation Cup after stopping the Batangas-EAC Generals, 84-75, Thursday at Ynares Sports Arena in Pasig.

“This is a very important game for us. There’s a lot at stake and we have not beaten Batangas,” said acting coach Derrick Pumaren. “I think we were able to come out, we were very active defensively. Overall, I’m happy with the way the boys played, but we could be better.”

Pierce Chan conributed 13 points and 10 rebounds, Judel Fuentes chipped in 12 points and seven boards, and Cameroonian big man Gilles Oloume just missed out on a a double-double of 11 points, nine rebounds, and four blocks for the Scorpions.

But bouncing back wasn’t an easy feat for the Scorpions, which saw their 19-point lead, 74-55, trimmed down to as low as five, 80-75 courtesy of back-to-back hits from Generals big man Michael Mabulac with 53.5 seconds to play.
However, Oloume provided the answer in the last 41.2 as his bucket from down low iced the game for CEU.

Mabulac paced Batangas-EAC (3-4) with 27 points and 14 rebounds in the defeat.