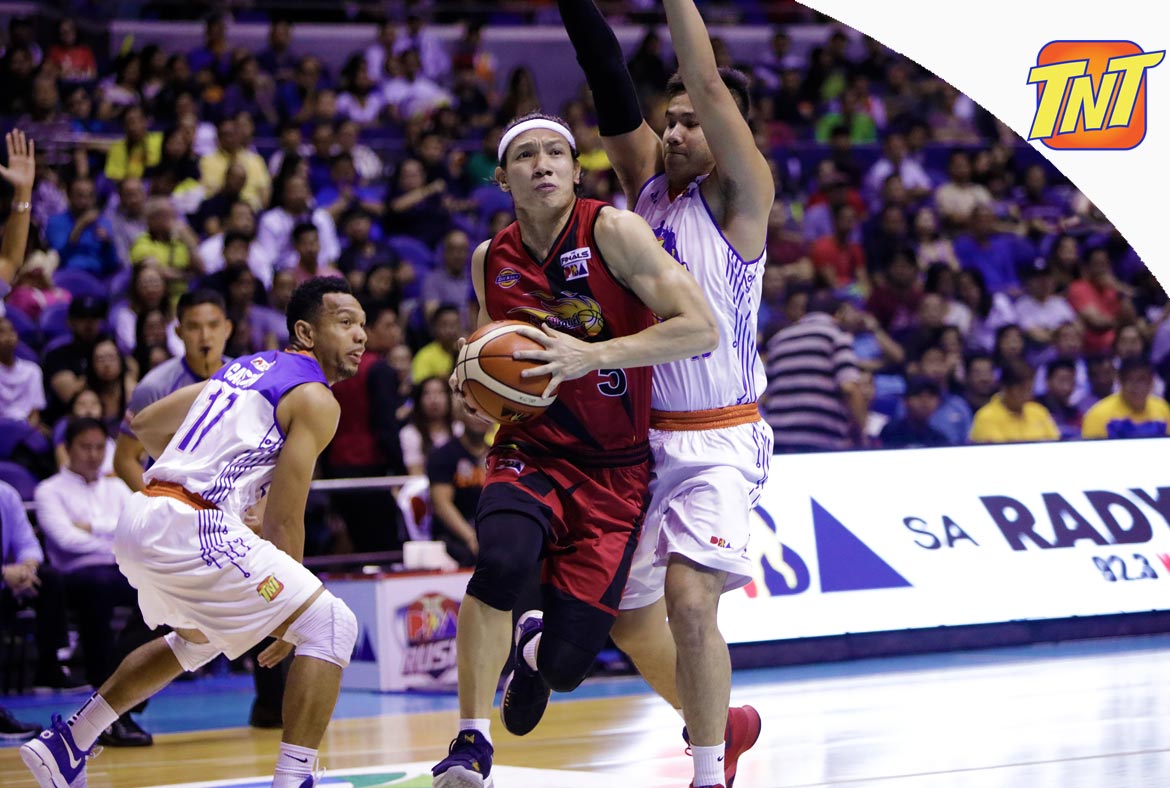 Renaldo Balkman sank all of his four free throws inside the final 45 seconds to lift the San Miguel Beermen to a 106-102 victory over rivals TNT Katropa in Game Two of the 2018 Commissioner’s Cup quarters, Tuesday at SMART Araneta Coliseum.

Balkman’s foul shots finished off the Beermen’s escape act, as TNT had roared back from an eight-point deficit in the 6:01-mark of the final frame and forced a 98-all deadlock with 2:04 left in the match.

The Puerto Rican was fouled by Anthony Semerad with 45 ticks remaining and knocked down both of his freebies to give San Miguel a two-point cushion. Terrence Romeo airballed his triple attempt seconds later that led to two more charities for Balkaman.

After, TNT could not get things going on their end, leading to two more free throws courtesy of June Mar Fajardo. It proved to be the nail in the coffin of TNT’s conference.

“This game is a good challenge for us,” exhaled Beermen head coach Leo Austria after the pulsating bout. “After the first game we learned a lot. If we’re not able to come back, disaster ‘yun sa’min. Tonight it almost happened.

“But the composure, experience and willingness, I think that’s what prevailed,” he added.

Alex Cabagnot provided 21 points, six rebounds, and six assists in the win. June Mar Fajardo supplied 19 points and 12 rebounds, Marcio Lassiter had 13, while Chris Ross had a double-double as well with 11 and 10 assists.

With the win, the Beermen have forged a semifinal battle with the Alaska Aces.

“I think this is the first time we’ve been in the semifinals for the first time in the best of three,” Austria reflected. “The last six championships namin, we’re always on top of the standings eh. We’re not familiar with this situation eh.”

The semifinals are expected to start this Saturday.