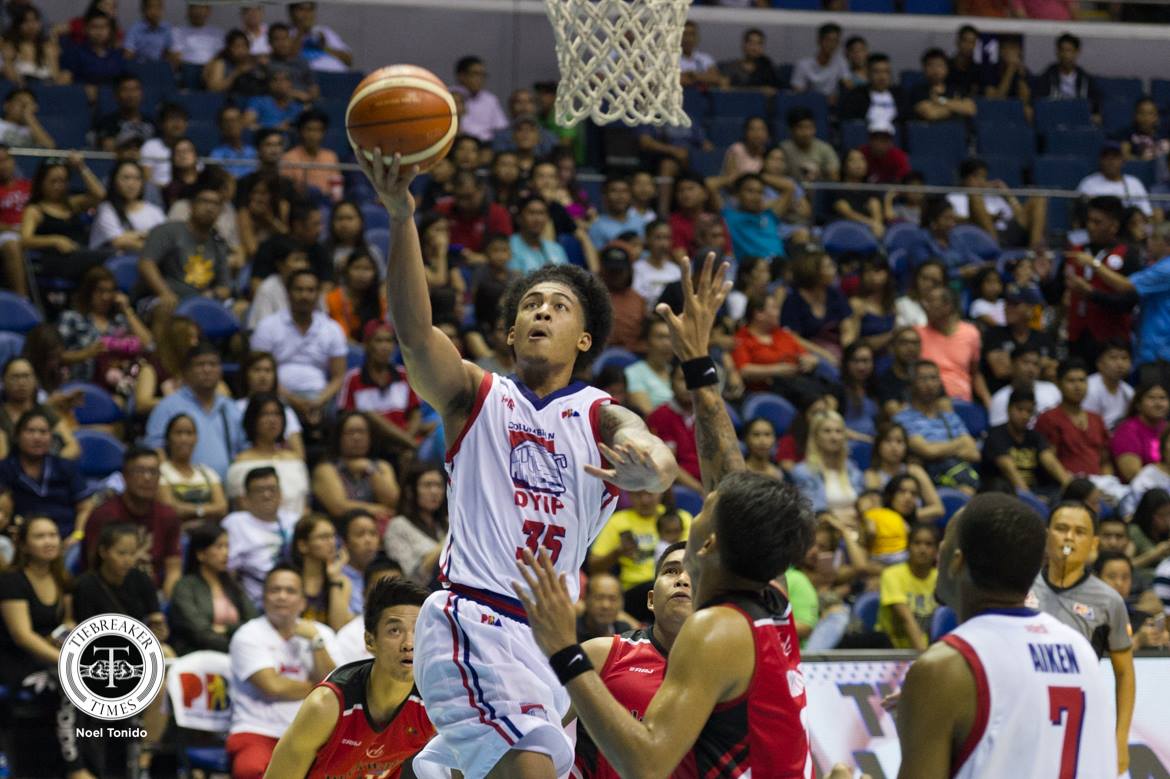 Despite getting meager production from their import, the Filipino-American backcourt duo of Jerramy King and Rashawn McCarthy linked up, towing the Columbian Dyip to a 126-98 whitewashing of the Blackwater Elite, Sunday evening at the SMART Araneta Coliseum.

“Even if this is just the first game, this is a good morale-boost for us,” said first-year Dyip head coach Ricky Dandan.

This is the Columbian Autocar Corporation-owned franchise’s first win since January 20, 2018 that saw them upset Rain or Shine, 98-94. In addition, this is the team’s second win under the watch of Dandan.

“I expected the game to be more than a grind than anything else but our guys blew them out with their energy,” Dandan shared. “After our game against San Miguel, we gave them a two-week break then went straight to training camp. We talked about changing their attitude.”

“Even during the first conference, we were already thinking of moving Rashawn to the two-spot,” Dandan recalled. “But we needed to look for a point guard. We searched the free agent pool and we saw Jerramy. That is why we made a move on him.”

The duo, together with Carlo Lastimosa, surged in the third frame, scoring a combined 16 points to give Columbian an 87-72 lead to end the third frame.

Behind their import Jarrid Famous, Blackwater tried a comeback attempt, slicing the lead to just single digits, 83-92, with 8:46 left. King though sparked a 10-2 rally to put the Elite away for good, extending the lead to a game-high 30 points in the closing minutes of the contest.

“In terms of his presence for us, rebounding, CJ is okay. But he needs to be more aggressive especially against the bigger imports like Arinze [Onuaku] of Meralco or even Famous,” rued Dandan. “He did not match-up well with them but our locals did. We want him to be more aggressive in scoring. This first week will be his exam.”

Famous paced Blackwater with 35 points and 22 rebounds. However, he was forced to commit 11 errors for the faux triple-double. Allein Maliksi, who got into a scuffle with Eric Camson with 11:21 left in the game, added 22 markers.

Columbian looks to make it two in a row when it takes on the Meralco Bolts on Wednesday, April 25. Blackwater, on the other hand, hopes to bounce back on the same day when it faces the Phoenix Fuel Masters. Both games will take place at the Big Dome.