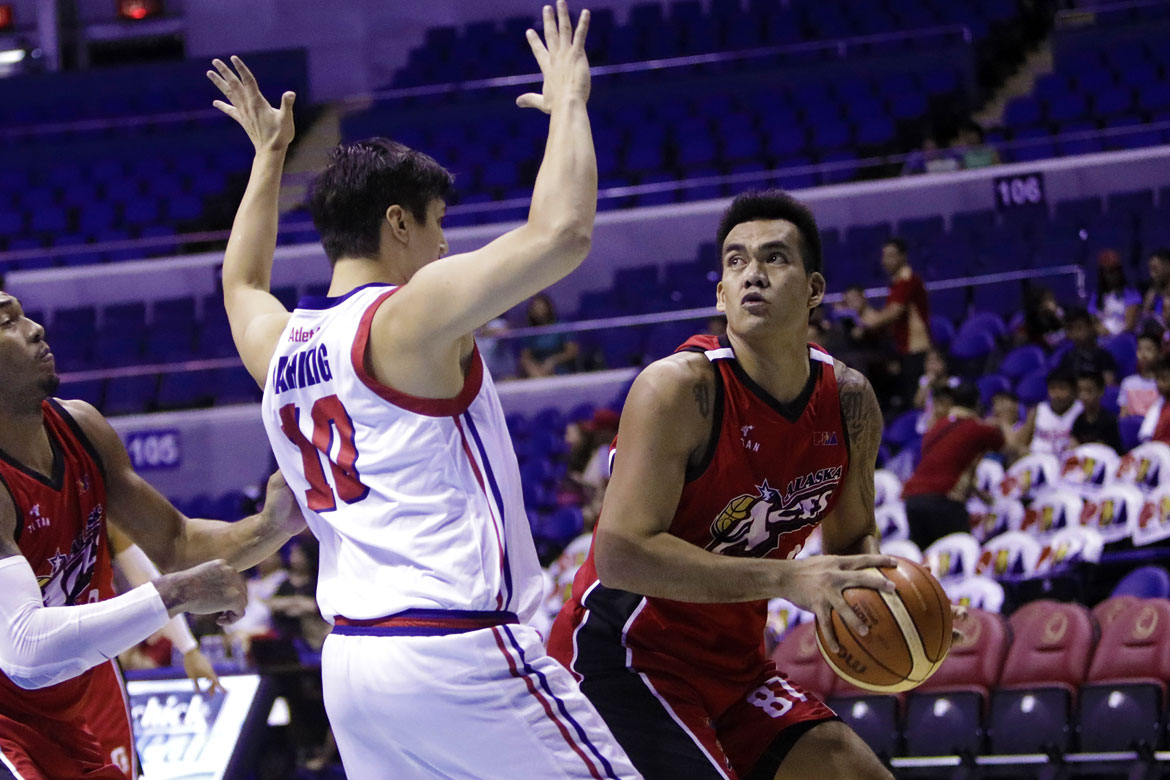 The Alaska Aces gave the Columbian Dyip a hard slap of reality with a 31-point beatdown, 134-103 to collect their second straight victory, Friday evening at the SMART Araneta Coliseum.

Just as he promised before in terms of being assertive on offense, Vic Manuel led the whitewashing with 26 points on 70 percent shooting from the field on top of four rebounds, a steal, and a block.

Reinforcement Antonio Campbell continues his stellar play, backing up the veteran power forward with 22 points along with 13 rebounds, two steals, an assist, and a block.

Manuel and Campbell were responsible in the Milkmen’s fiery second quarter surge, where Alaska scored 42 in the said frame alone while holding Columbian to just nine points.

The first half ended with a lopsided 73-37 result, more than enough to call the match decided.

“Guys played so well in the second quarter,” lauded head coach Alex Compton. “The entire team played defense, moved the ball well. We forced them to miss some shots and we got some easy baskets off some of the defensive activities that we did and I think that was the game.”

The Aces’ lead swelled to as huge as 43 points, 121-78, after a wing three-pointer made by seldom-used forward Ronald Pascual with less than nine minutes remaining in the final chapter.

Chris Banchero was just a point short of a double-double, finishing with nine points and 13 assists.

Columbian’s loss spoiled the debut of John Fields III, who has replaced CJ Aiken. The new foreign reinforcement though had a good debut in terms of stats as he had 39 points and 16 boards.

Eric Camson and Reden Celda each had 10 markers in the defeat that sent them to an even 2-2 card.