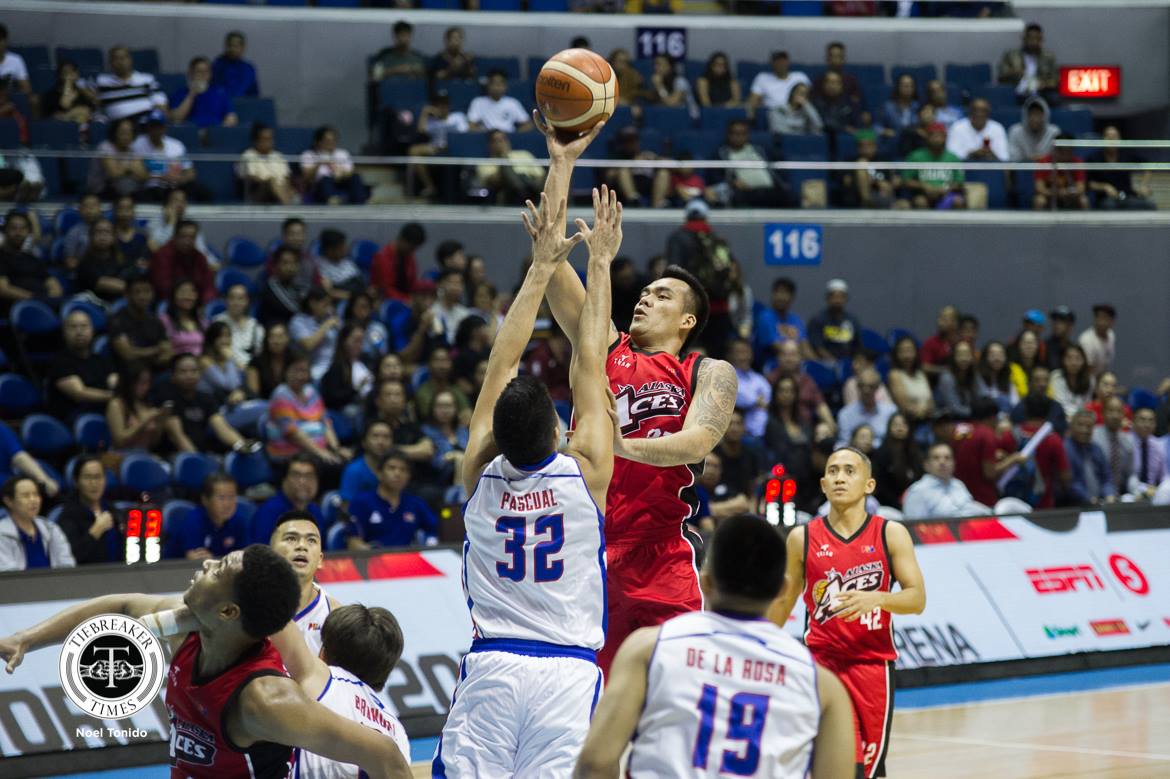 No Calvin Abueva, no Jeron Teng, no problem.

Vic Manuel exploded for a career-high 35 points to help the Alaska Aces earn their sixth win in a row at the expense of the Magnolia Hotshots, 103-99, Sunday night at the SMART Araneta Coliseum.

The Muscle Man scored a whopping 17 of the Aces’ 32 points in the fourth quarter alone to tow the Aces past the Hotshots, who were able to take an 80-77 lead early in the final frame.

Manuel – who has now extended his 20-point scoring streak to six matches, to emerge as a favorite for the Best Player of the Conference plum – shot 70 percent and also hauled down seven rebounds.

The Aces have improved to 6-1 to gain a share of the second spot of the standings with TNT Katropa.

The loss extends Magnolia’s miseries in the mid-season conference. They have now absorbed their third straight defeat, and now carry a 3-4 win-loss record.

Moreover, the loss spoiled the debut of new reinforcement Justin Jackson. The replacement for Curtis Kelly had a decent outing of 21 points, 13 rebounds, and six assists

Paul Lee also had 21 points, while Justin Melton chipped in 14 markers on too of six caroms and four dimes.

Alaska will next face the NLEX Road Warriors on June 15, Friday, 7:00 PM at the Mall of Asia Arena. Magnolia, meanwhile, will aim to win again versus the TNT Katropa on Wednesday, June 13, 7:00 PM, also at the MoA Arena.