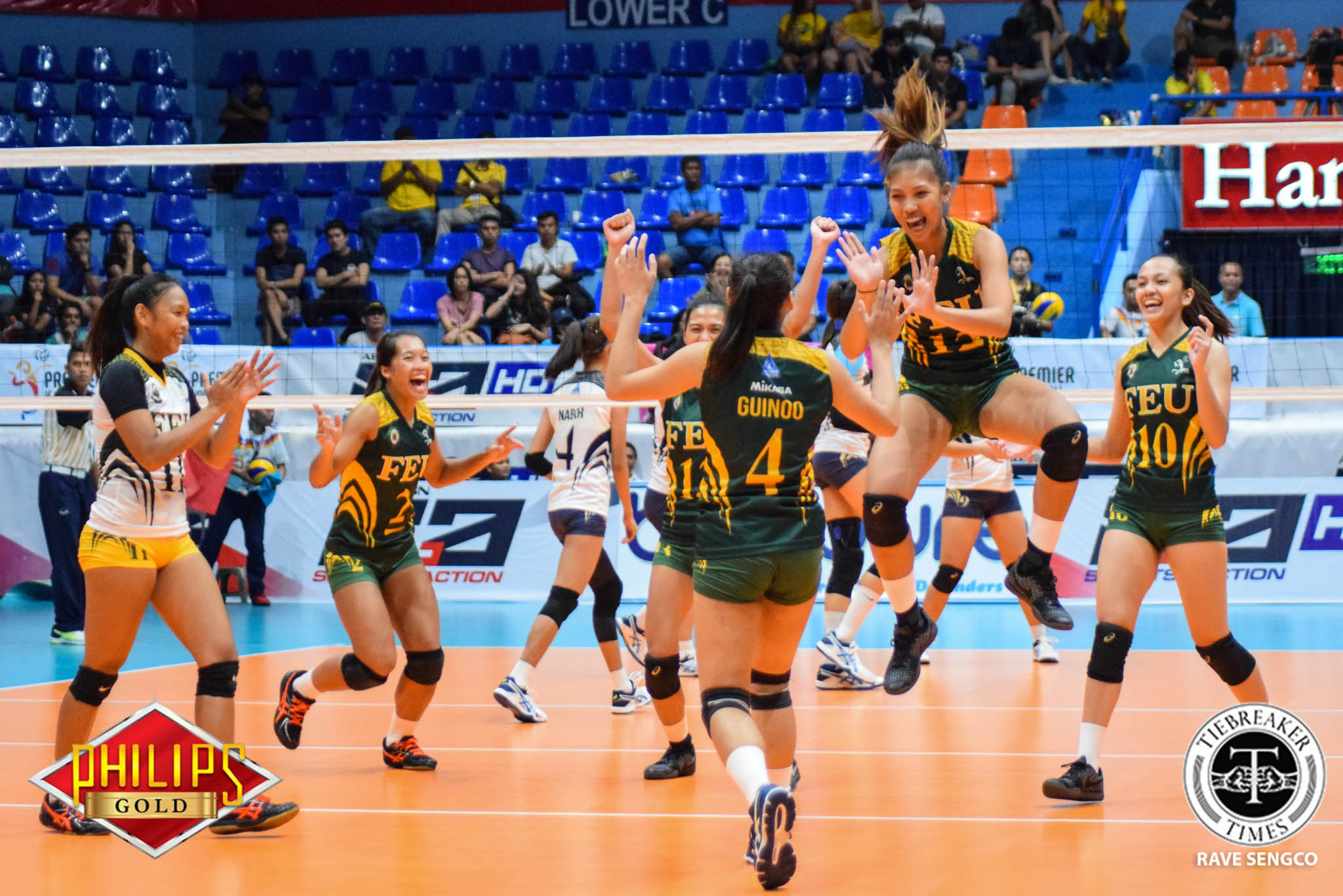 The Far Eastern University Lady Tamaraws stumbled early, but still mustered a finishing kick to clinch their spot in the Premier Volleyball League Collegiate Conference semifinals, knocking off the Lyceum of the Philippines Lady Pirates, 18-25, 26-28, 25-15, 25-17, at the FilOil Flying V Centre.

The Lady Tamaraws secured the second seed in Group A with a 4-1 record, behind the undefeated defending champions National University Lady Bulldogs.

Despite their achievement, FEU head coach George Pascua has his eye on the continued improvement of his squad. First on his agenda is getting his players to start each match better. Against Lyceum, the Lady Tamaraws were particularly sluggish, losing the opening frame.

FEU seemed to recover in the second set, taking a 15-5 lead before Lyceum began catching up. Adjusting their lineup, FEU saw their advantage dwindle, until a slew of Lady Pirate aces forced a prolonged deuce. The Recto-based spikers eventually survived and took the set after Lyceum service and attack errors.

By the third and fourth set, the Lady Tamaraws were back to their usual level of play. FEU blasted the Lady Pirates, 16-5 in the third frame, then took a 12-5 lead in the fourth to clinch the win.

Fourth-year winger Toni Basas topped the Lady Tams with 21 points, while Jerrili Malabanan, who did not play in the fourth set, managed nine markers. The Lady Tams again played without captain Bernadeth Pons and Kyla Atienza, who are training for the UAAP Beach Volleyball tournament. Both are unlikely to return to the PVL.

Christine Miralles topped the Lady Pirates with 12 markers while Rocelyn Hongria added 11 points. Lyceum finished the season with a 1-4 slate.

The Lady Tams face the Adamson University Lady Falcons in the best-of-three semis that begin on Wednesday.