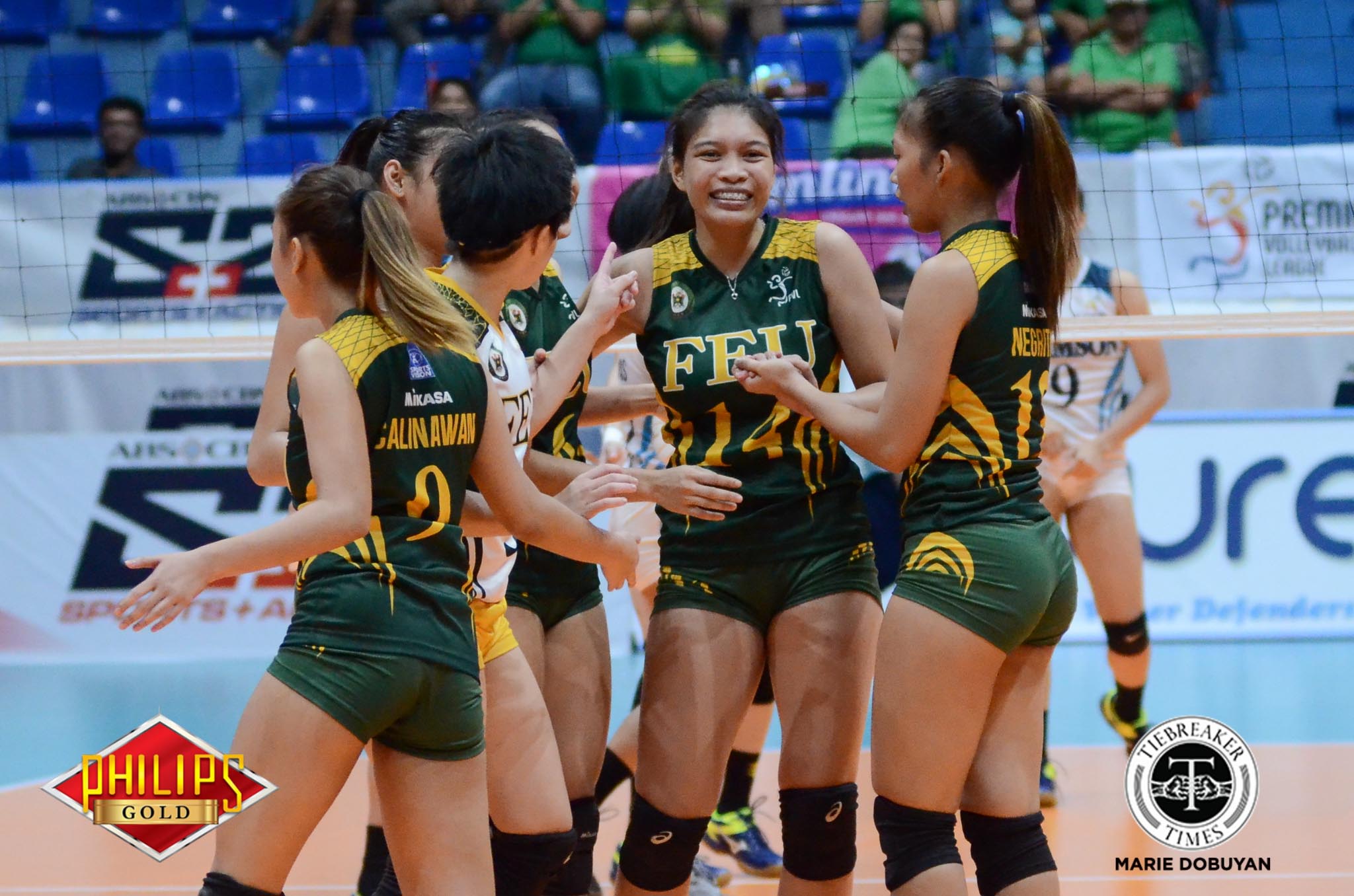 Both teams missed key players, with FEU’s Bernadeth Pons and Kyla Atienza, and Adamson’s Bernadette Flora and Chrislyn Uy participating in the UAAP Beach Volleyball tournament. The Lady Falcons were also without captain Jema Galanza, who suffered a dislocated ankle two weeks ago.

In their absence, different players stepped up for both sides. The Lady Tamaraws, fueled by a career game from third year middle blocker Czarina Carandang, rallied from a first-set loss to take the next two frames. The Lady Falcons, however, erased FEU’s four-point lead in the fourth set to force a decider.

The Lady Falcons let a 4-2 start slip away and opened the door for FEU to take charge. Carandang tipped in a hit that capped a 3-1 run for the Lady Tamaraws that got them to a 14-10 lead. Toni Basas ended the match with a soft hit that eluded two blockers.

Chiara Permentilla and Eli Soyud carried the scoring cudgels for the Lady Falcons, providing 20 points apiece. Their offensive output, however, was negated by their squad’s 43 total errors.

Game Three will be on Monday at the FilOil Flying V Centre.