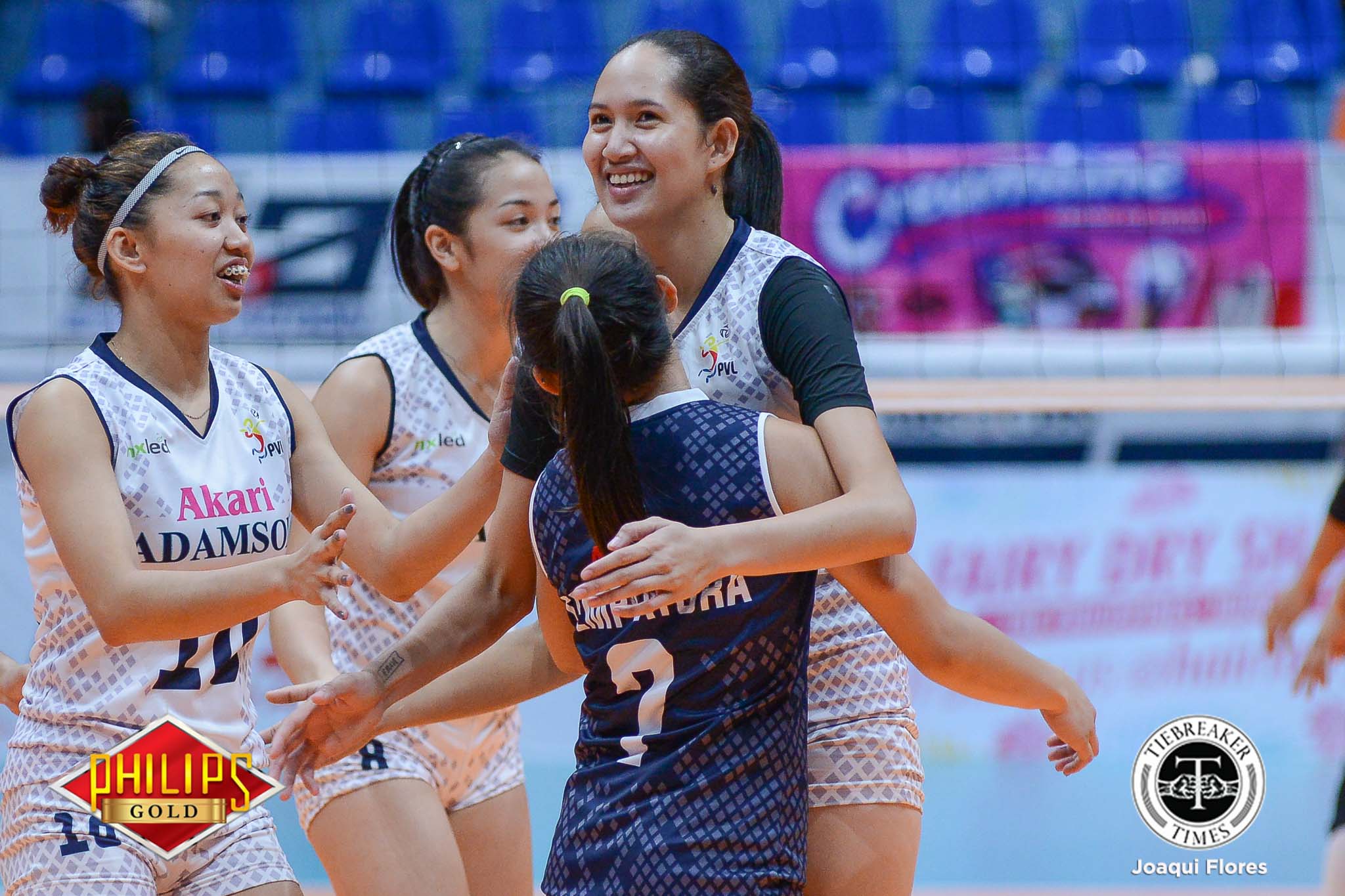 The Adamson University Lady Falcons stayed on top of Group B of the Premier Volleyball League Collegiate Conference with a rousing 25-19, 25-20, 25-17 win over the College of Saint Benilde Lady Blazers, but lost captain Jema Galanza to a gruesome ankle injury at the FilOil Flying V Centre.

Going up for a block early in the third set, Galanza stepped on an opponent’s foot upon landing and twisted her right ankle perpendicular to her leg.

The Lady Falcons still wound up with the win and clinched a semis berth. However, they will likely not have Galanza, who had nine points before going down, for the rest of the conference.

“I don’t know. I think she’s done for the season,” said Adamson head coach Airess Padda about her ward.

As of press time, no official diagnosis has been made, but Padda is not optimistic about Galanza’s status for UAAP Season 80 which begins on February 2018.

Adamson (4-0) ends their elimination round campaign on October 2 against the San Beda Lady Red Spikers (2-2).

Saint Benilde will end its campaign against the TIP Lady Engineers (0-4) on September 30.