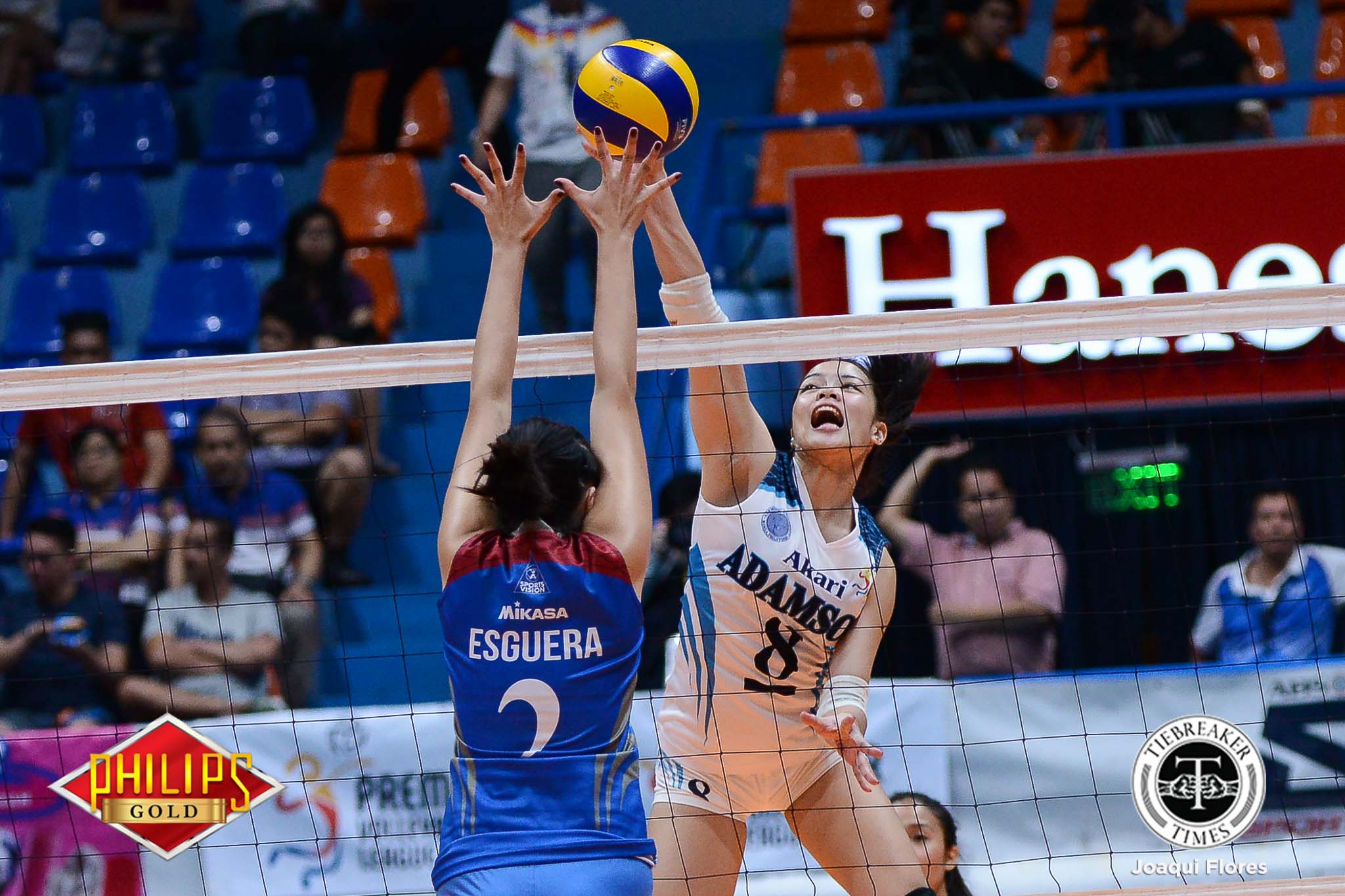 “Now, the girls are trying to get what it is to play as a team and win.”

For second-year Adamson University Lady Falcons head coach Airess Padda, getting the team’s first back-to-back wins under her watch was an accomplishment. And the Taft-based squad did that against no less than the NCAA champions Arellano Lady Chiefs in a rousing manner, as they clinched it in straight sets, 25-20, 25-22, 25-16, Saturday afternoon at the FilOil Flying V Centre.

Team captain Jema Galanza was unstoppable both on offense and defense, with 18 points and 21 digs. Eli Soyud also quietly chipped in nine markers.

Padda was pleased to see how her wards had showed up against their Legarda-based foes, saying this is something they look to build on.

“Normally when we go up against teams of higher ranking, we get intimidated,” she shared. “But the girls went out there, focused.”

After getting wins from the perceived strongest teams in the group, Padda still looks to taking it a game at a time. “I’m not yet confident [that we will get to the playoffs],” she admitted.

“We are still inconsistent. I know that, because in practice, sometimes they are on fire and the next they are not,” Padda added. “We just stressed to the girls to treat every game like it is the most important game in your life.”

Offensively, the UAAP side got the better of their counterparts both in attacks and in blocks. The Falcons produced 46 and five, while the Chiefs mustered 34 and one, respectively.

Arellano skipper Jovelyn Prado led her tribe with 11 points off 10 attacks and a service ace.

The still-undefeated Adamson side (2-0) will try to extend its run against the TIP Lady Engineers (0-1) on Saturday, September 16, at 1pm. The Chiefs (1-1) will face that same squad the Monday after at 6:30pm. 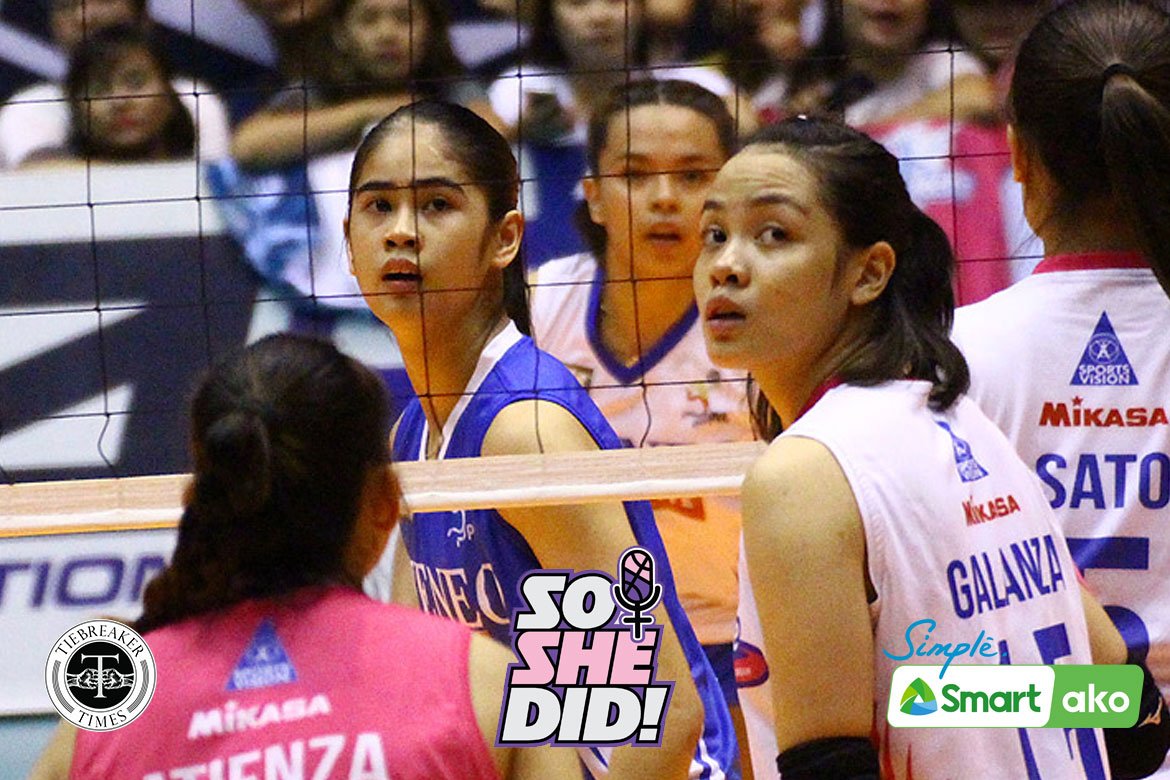 Both Jema Galanza and Deanna Wong have been a source of inspiration for the Filipino youth.  Given their openness about their relationship, many see... 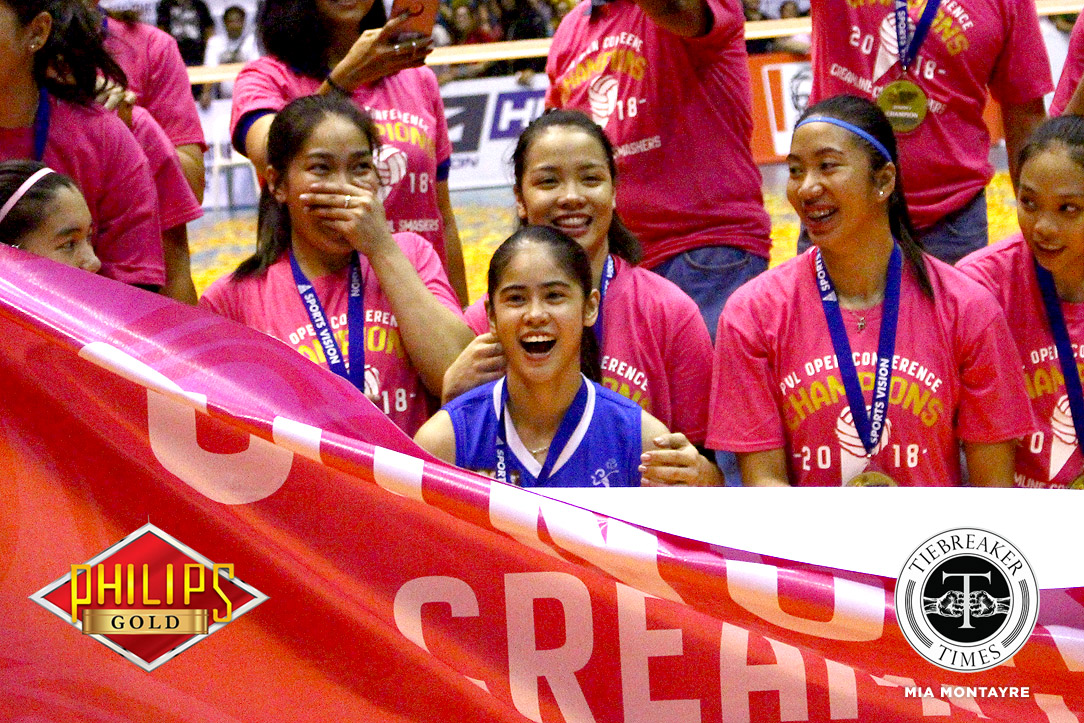 The country’s volleyball idols are ready to put up a show on Friday and Saturday. But instead of trading spikes, the players will showcase...