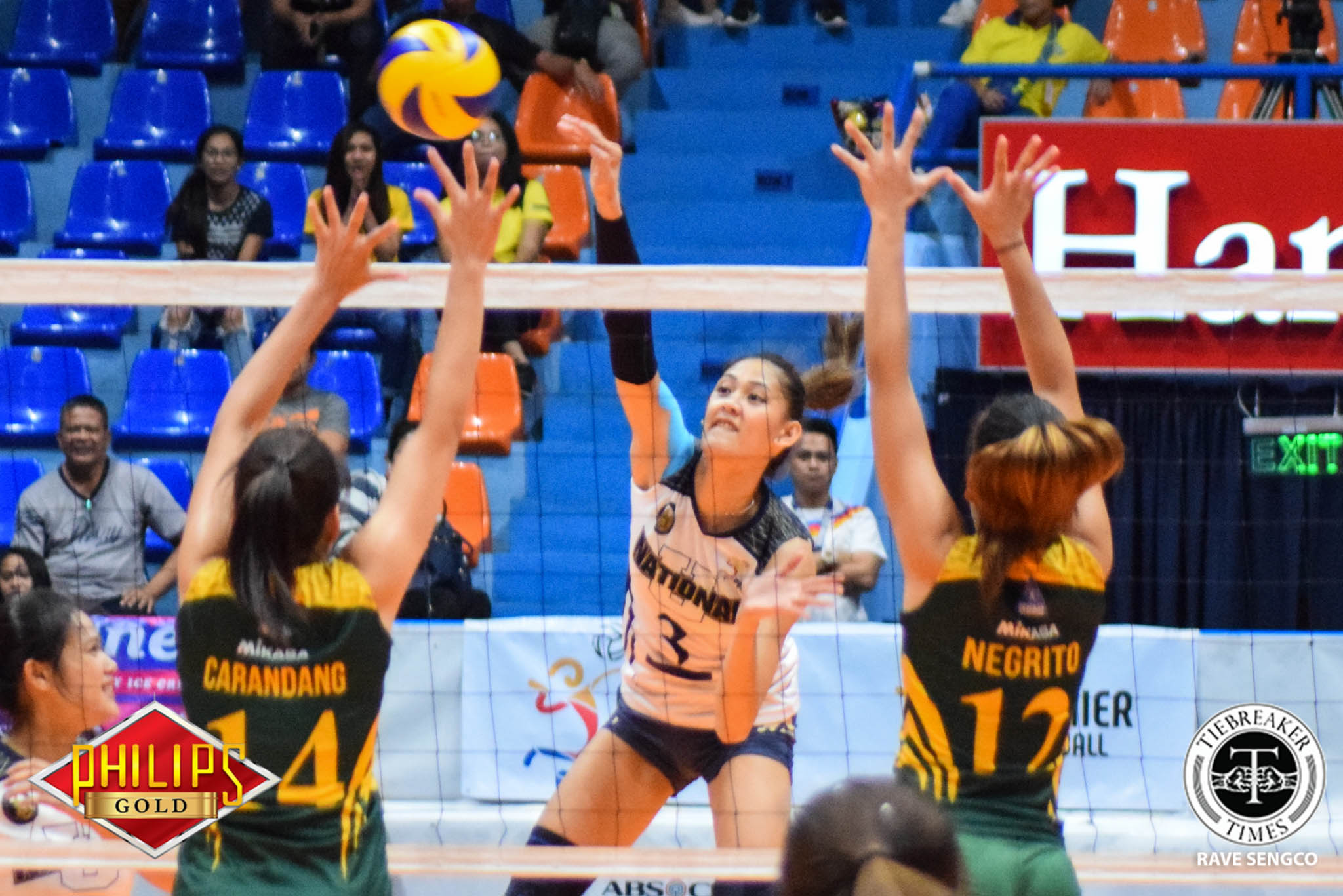 The National University Lady Bulldogs closed in on a rare three-peat, slipping past the Far Eastern University Lady Tamaraws in Game One of the Premier Volleyball League Collegiate Conference Finals, 25-22, 21-25, 25-18, 26-24 at the FilOil Flying V Centre.

National U remain undefeated for the season. With a win in Game Two on Saturday, the Sampaloc-based program could cap their transition season with a symbolic championship.

“I want us to win convincingly,” said National U’s newly-minted head coach Babes Castillo. “Considering that this was my first tournament with the team, I want this to be a great experience for us. Maganda culmination ‘yun ng mga tinuturo ko sa girls and our new bond as a team to win a title.”

Castillo, however, emphasized that his team still has plenty of room for improvement, especially with their mentality.

In Game One, the Lady Bulldogs held big leads at different points in the match, only to have the Lady Tamaraws — who were missing two key players in beach volley pair Bernadeth Pons and Kyla Atienza — rally and force ties.

In the fourth set, National U romped to a 21-16 lead. FEU then mounted a comeback that the Lady Bulldogs sparked with their errors. A muffed Risa Sato hit gave the Lady Tams a deuce at 24-all. Luckily for NU, FEU had their own struggles with errors. The final two points of the match were errors from FEU’s young players Jeanette Villareal and Celine Domingo, showing the Lady Tams’ lack of maturity.

“I think the girls haven’t found the right balance between being relaxed and being assertive. That’s high on our priority list for them to develop. There were little things we could have done better with our execution,” added Castillo.