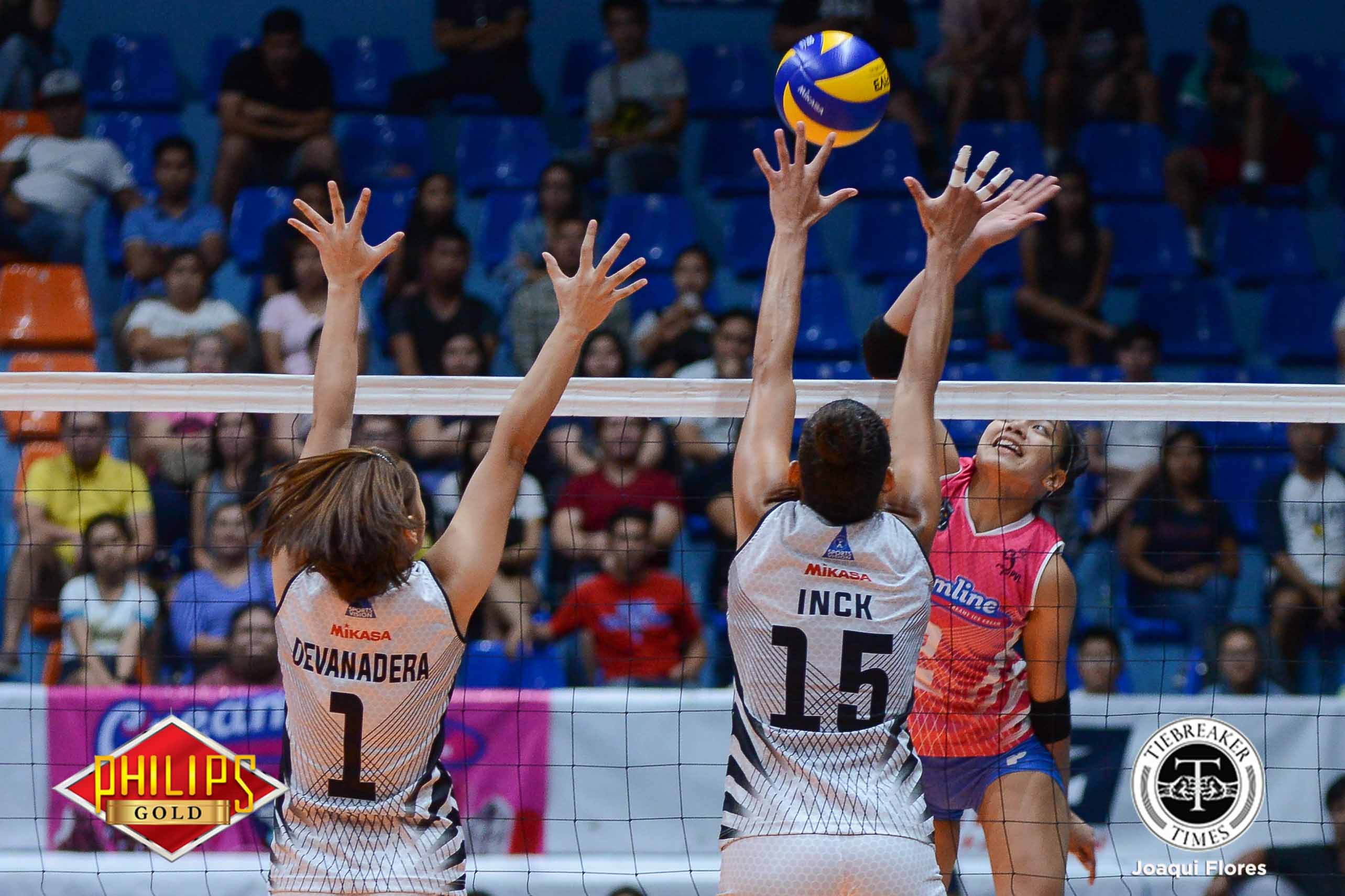 Needing to make adjustments on the fly, the Creamline Cool Smashers edged out the feisty Perlas Spikers for the second straight match in the Premier Volleyball League Reinforced Conference quarterfinals 25-16, 9-25, 17-25, 25-13, 15-13 at the FilOil Flying V Centre.

Creamline struggled to play consistently throughout the match. After an emphatic opening set showing, the Cool Smashers’ play fell off a cliff in the next two frames. Creamline allowed Perlas to go on a 14-0 run to end the second set then a 9-1 rally in the third frame.

Down a two sets to one, Creamline needed to dig deep and fight back.

“Just smile and believe that you will win,” said Creamline assistant coach Oliver Almadro when asked about what his instruction was to his players after two disappointing sets.

The Cool Smashers also adjusted their lineup, fielding Jema Galanza as opposite and moving Laura Schaudt to the middle in the fourth set. Creamline was dominant and forced a fifth set. Just when the Cool Smashers looked to have the match in the bag, leading 13-10, Perlas crawled back thanks to three straight points from Dzi Gervacio. Tied at 13, Alyssa Valdez took charge, scoring the next two points to give Creamline the win.

“I’m just thankful that my teammates trusted me. It was a team win talaga and, at those points, you just want to deliver because you’ve worked so hard for every point,” said Valdez who dished out 21 points off 17 spikes, three aces, and a block.

Creamline can clinch a seat in the semis with a win on Tuesday at the FilOil Flying V Centre against defending champs Pocari Sweat Lady Warriors.

Perlas needs to win on Tuesday against Air Force to keep their semis hopes alive.

No excuses for Compton, Alaska after sixth straight loss