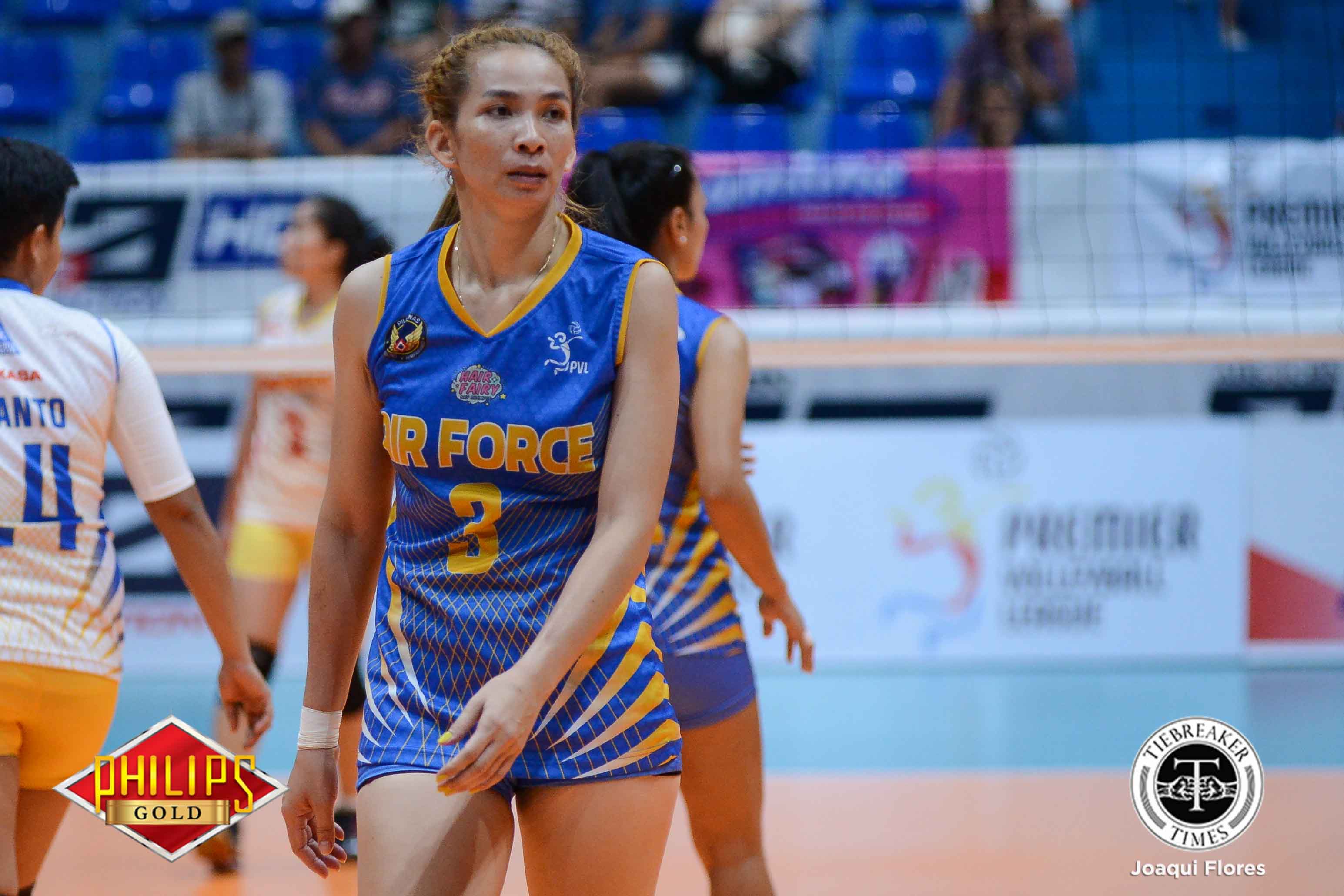 Looking down and out for much of Premier Volleyball League Reinforced Conference, the Philippine Air Force Lady Jet Spikers mustered a surprising effort to cap the elimination round, shocking defending champions Pocari Sweat Lady Warriors in five sets 25-19, 24-26, 25-27, 25-21, 15-6 at the FilOil Flying V Centre.

The Lady Jet Spikers, who were in the midst of a seven-game losing streak, capitalized on a Pocari Sweat side reeling from injuries to key players. With import Edina Selimovic out for the conference and ace hitter Myla Pablo unavailable until the semis, the Lady Warriors relied heavily on American open hitter Michelle Strizak to carry the offensive load.

The rest of the Lady Warriors, however, failed to provide to scoring support. Strizak’s clutch hitting allowed Pocari Sweat to escape the second and third sets by a narrow margin. But by the fourth set, the American was notably gassed.

Air Force sent the match into a decider wherein they proceeded to dominate the Lady Warriors, taking an 11-5 lead and never looking back.

University of Illinois product, Strizak produced a league-tying record 40 points but was the only Lady Warriors who scored in double digits as Jeanette Panaga and Elaine Kasilag, two of Pocari’s best locals, had just eight and seven points, respectively.

The Lady Jet Spikers enter the quarterfinals after finishing the eliminations with a 2-8 slate.

Pocari Sweat fell to a 6-4 record and still await the results of the matches today to see if they make the semis outright or get sent to the grueling quarterfinals round-robin.

How one gym session led to Kobe joining Kiefer, Jeron