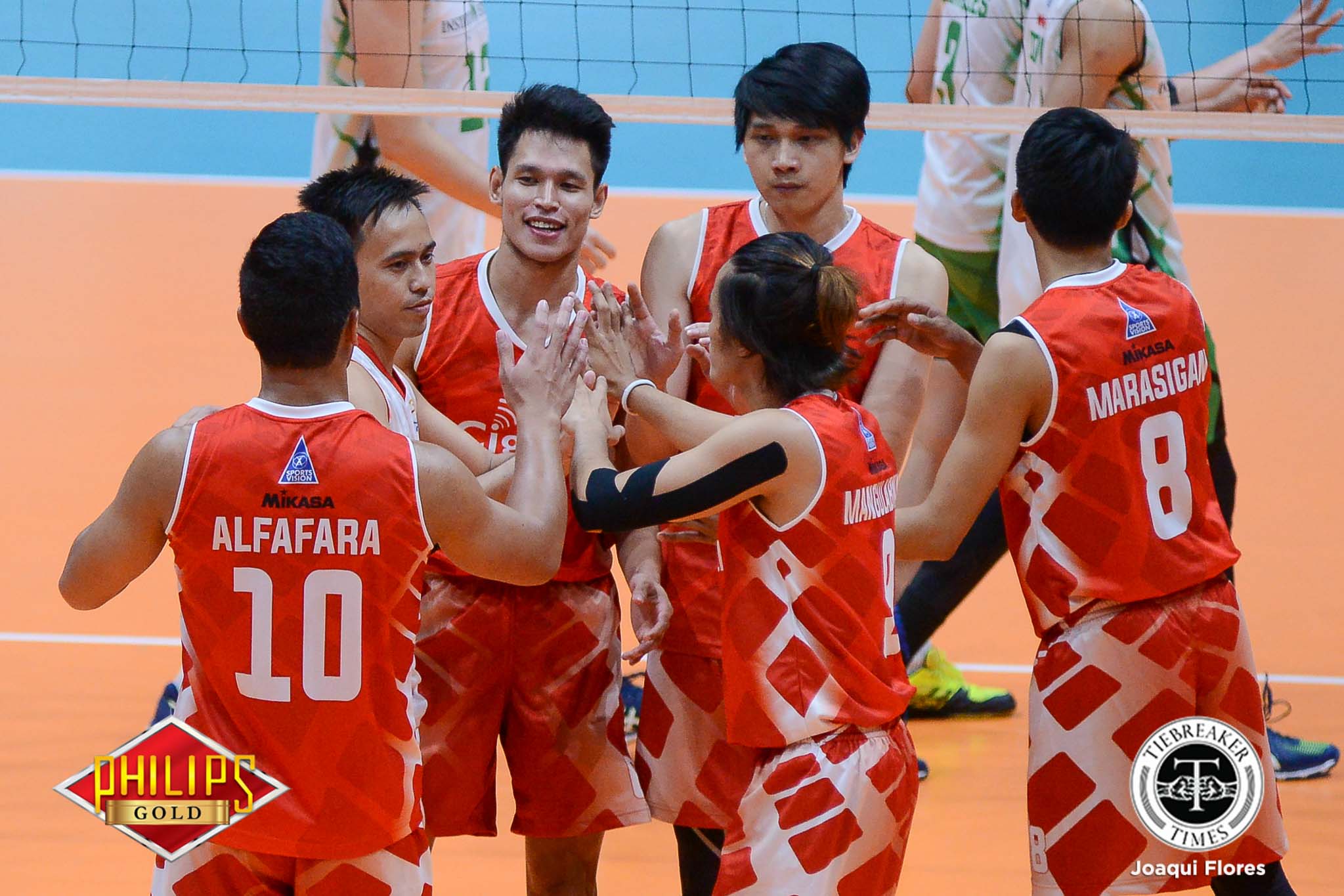 The double-crown-seeking Cignal HD Spikers did not let up this time around, sweeping the Sta. Elena Wrecking Balls in Game Two of their Open Conference Semifinals, 25-21, 25-18, 25-20, to advance to their fifth straight V-League Finals, Sunday morning at the Filoil Flying V Centre in San Juan City.

After scoring 13 points in Game One, Saku Capate made his mark in Game Two, finishing with a team-high 11 points, all on attacks. Ysay Marasigan and Peter Torres provided the added artillery with 10 markers each.

“Gusto talaga ng mga players to get to the Finals,” Almadro declared.

And after giving up the third set in Game One, Cignal made sure that there would be no let-ups this time, cruising through the third set after dominating the first two sets. The HD Spikers’ service game was on point, racking up six aces, while committing just 15 errors compared to 20 for Sta. Elena.

Vince Mangulabnan dished out 31 excellent sets, while Sandy Montero was cat-like quick in the game, racking up 10 digs and nine receptions.

As the HD Spikers enter the Finals with a four-game winning streak, Almadro hopes that there will be no let-ups in the Finals.

“Ngayon, we’re working on carrying it over to the Finals and playing at our best again,” he said.

The Wrecking Balls, who will once again compete for bronze, were led by skipper Berlin Paglinawan with 13 points. Joven Camaganakan added 10 points.