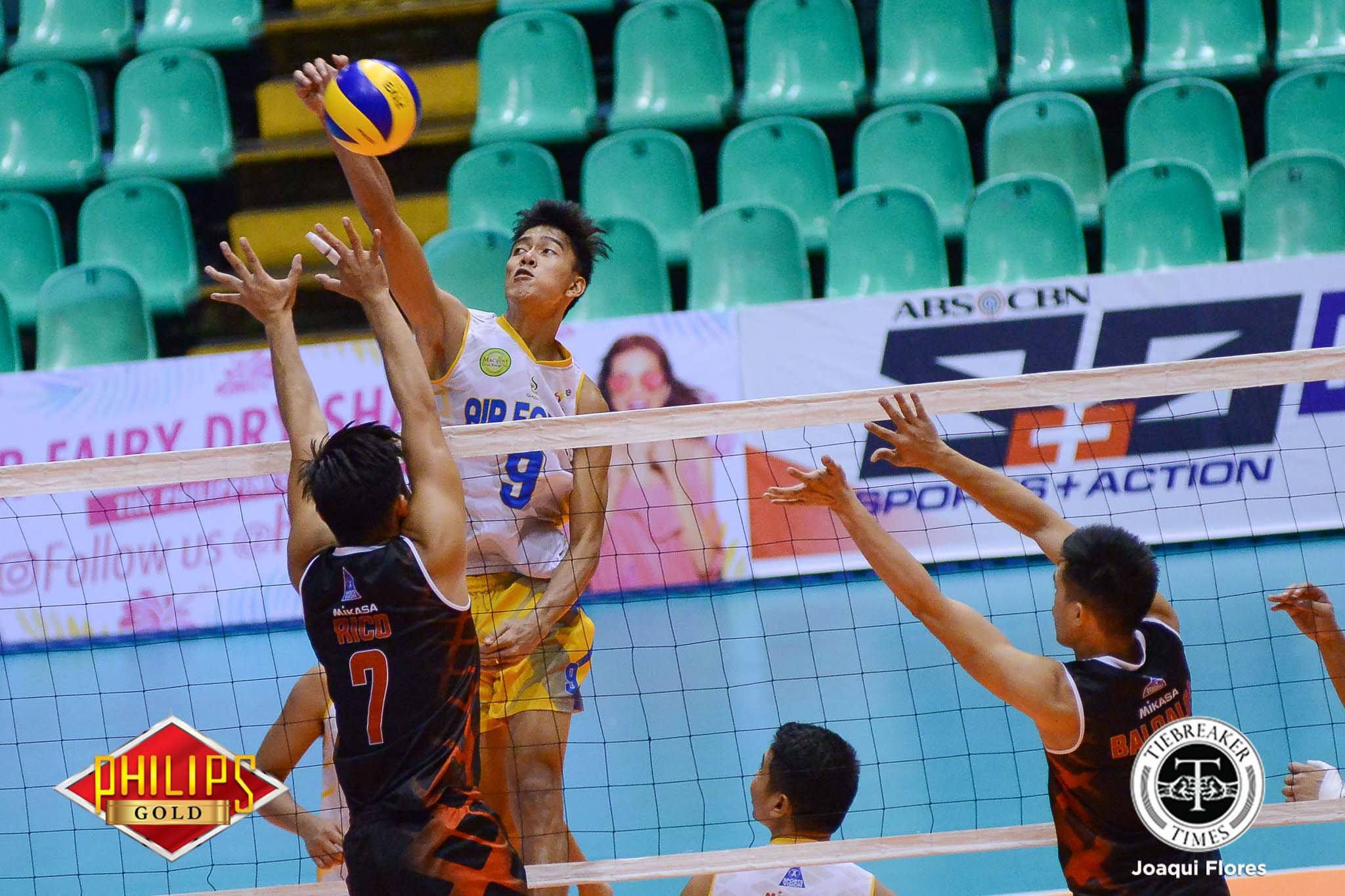 Pushed to the limit

Pushed to another 0-2 deficit, the Philippine Air Force Jet Spikers leaned heavily on their trio of National University Bulldogs to finally slat the Philippine Army Troopers in Game Three of the Premier Volleyball League Reinforced Conference semifinals, 24-26, 21-25, 25-20, 25-21, 15-9, Thursday morning at the PhilSports Arena in Pasig City.

Pushed to the brink again by a less-equipped Army side, the Jet Spikers lacked intensity in the first two sets according to Air Force head coach Rhovyl Verayo.

By the third set, the Jet Spikers had regained the dominant form that saw them sweep their last four elimination round matches. With open hitters Bryan Bagunas and Fauzi Ismail fueling their offense, Air Force raced to an 11-6 lead in the third set then carried a 17-13 lead to a fourth frame win.

In the decider, the Jet Spikers made the most of their crucial transitions and pulled big blocks from their much taller front-line to create a decisive 11-7 advantage and run to the Finals.

The Jet Spikers earn their fourth straight PVL Finals appearance and are gunning for their third straight title. The Finals begin on Saturday, where Air Force will face the winner of the Cignal-Sta. Elena tiff.