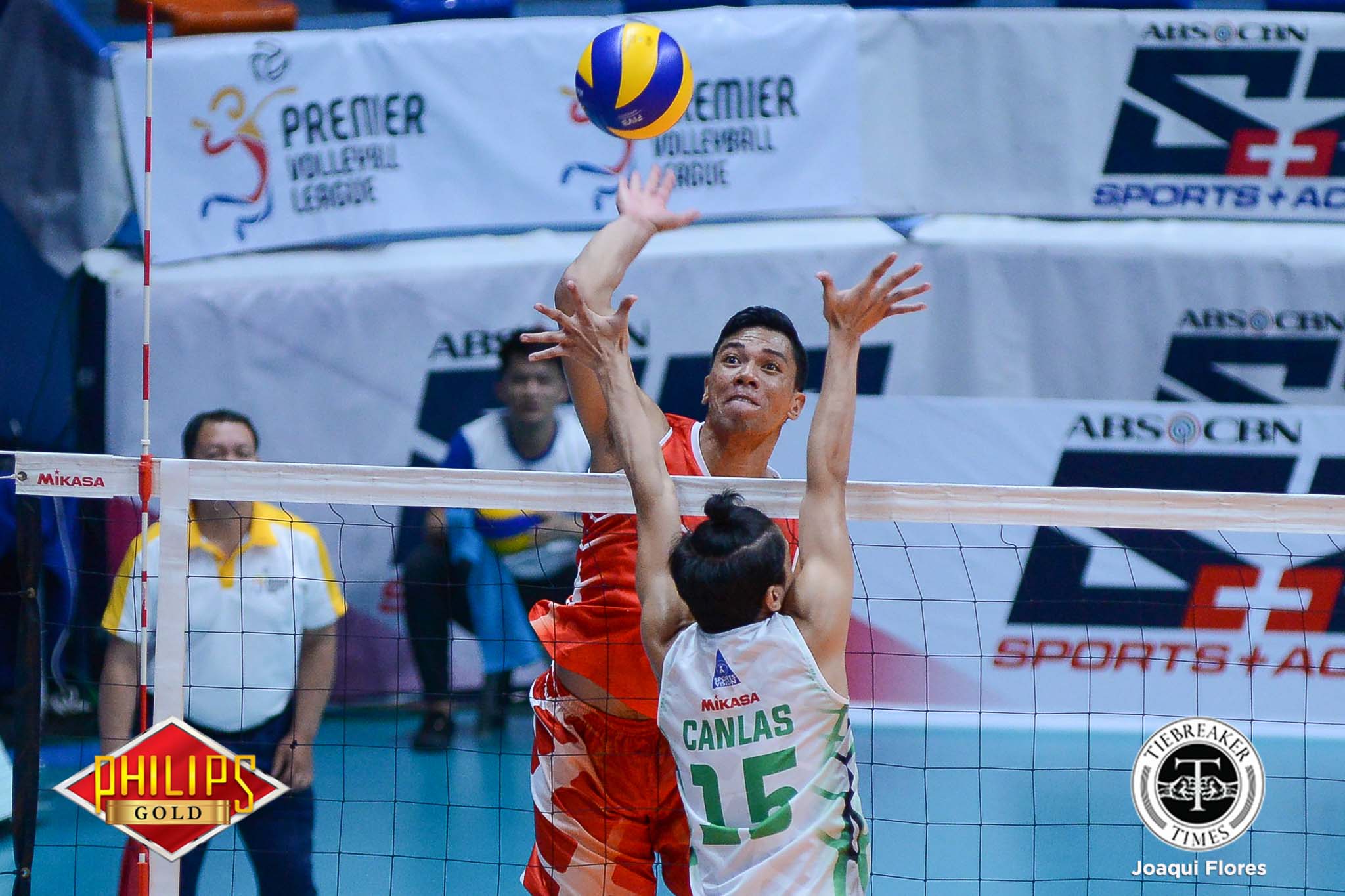 The star-sttudded Cignal HD Spikers needed every bit of their immense talent to quell a fiery Army Troopers side to ramain undefeated in the Premier Volleyball League Reinforced Conference 25-27, 25-12, 21-25, 25-17, 15-8 at the FilOil Flying V Centre.

Although the set tally suggests a close game, the HD Spikers controlled most of the match before Army made late rallies in the first and third sets. Down 1-2, Cignal head coach Oliver Almadro urged his players to trust him.

“My players here in Cignal are so talented. They are superstars not in the sense na divas sila. They are really good players. I’m thankful na they trusted me and I think they really showed their worth today,” Almadro furthered.

From the fourth set onwards, Cignal dominated the match thanks to better cohesion. In the fifth set, Cignal took over through solid reception and serving.

The HD Spikers remained unbeaten at 3-0.

Benjaylo Labide managed 16 points for Army but was stifled in the last two sets. Romnick Rico pitched in 13 markers.

Army absorbed their first loss and fell to 2-1.

Singapore finally breaks through after thumping Myanmar by 53