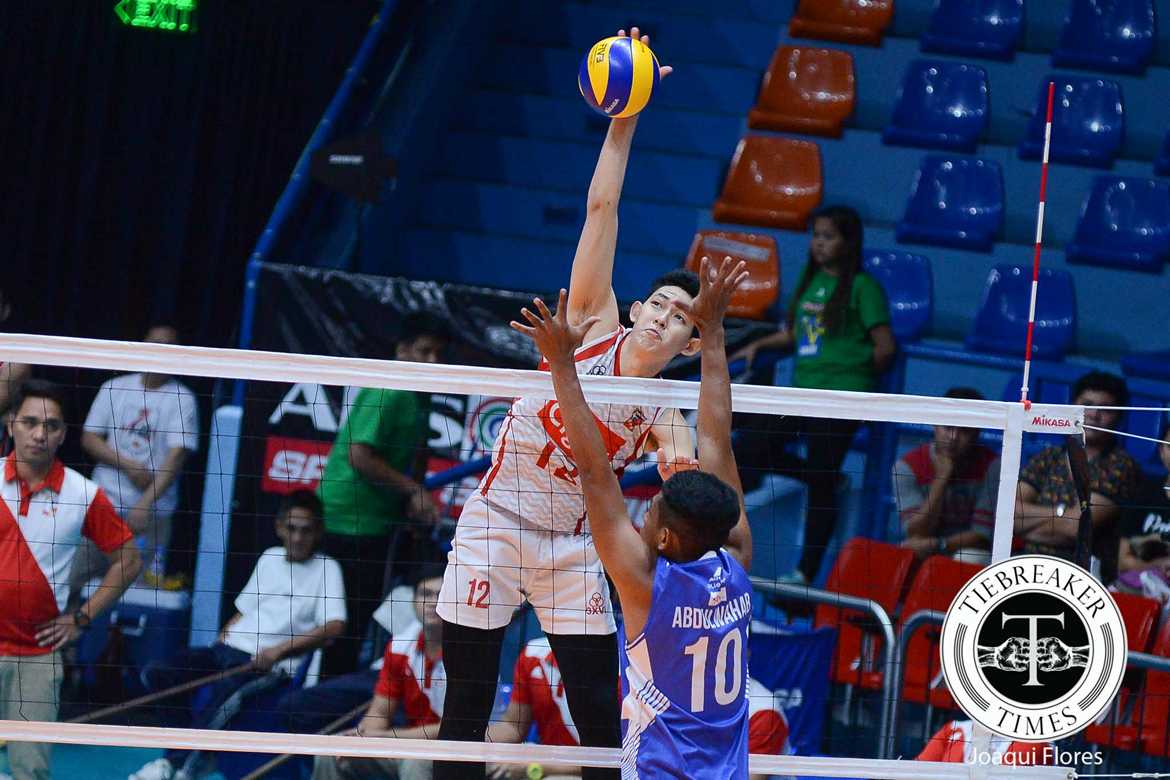 Cignal plodded through much of the first set, surrendering errors and free balls that bolstered Sta. Elena’s early offense. The Wrecking Ball had all the momentum, leading 23-19 and forcing the HD Spikers to a timeout. But Sta. Elena’s well ran dry as Cignal served hard and picked up crucial defensively plays. Back-to-back blocks on Sta. Elena’s Berlin Paglinawan capped a 6-0 Cignal run that gave them the early lead.

Solid serving and blocking guided Cignal to a convincing second set win. Slotting in NCAA powerhouse Bonjomar Castel, Cignal denied or got a touch on nearly every Sta. Elena attack at the net. Solid play from Cignal’s other middle blocker, Herschel Ramos allowed the HD Spikers to inflate a 16-13 cushion to an insurmountable 22-15 lead. M

UAAP Season 78 Best Scorer Raymark Woo was unstoppable in the third set, tallying seven points in a splendid 15-7 start for the HD Spikers. With Cignal’s blocking wearing down their attacking, the Wrecking Balls barely put up a fight in the endgame, allowing their season to close with a quick loss.

Cignal now meets Air Force in the best-of-three Finals which starts on July 13 at the PhilSports Arena in Pasig. The HD Spikers had defeated the Airmen in last season’s Reinforced Conference Finals, a heated series which went to three games. Cignal also took their elimination round match this season in straight sets.