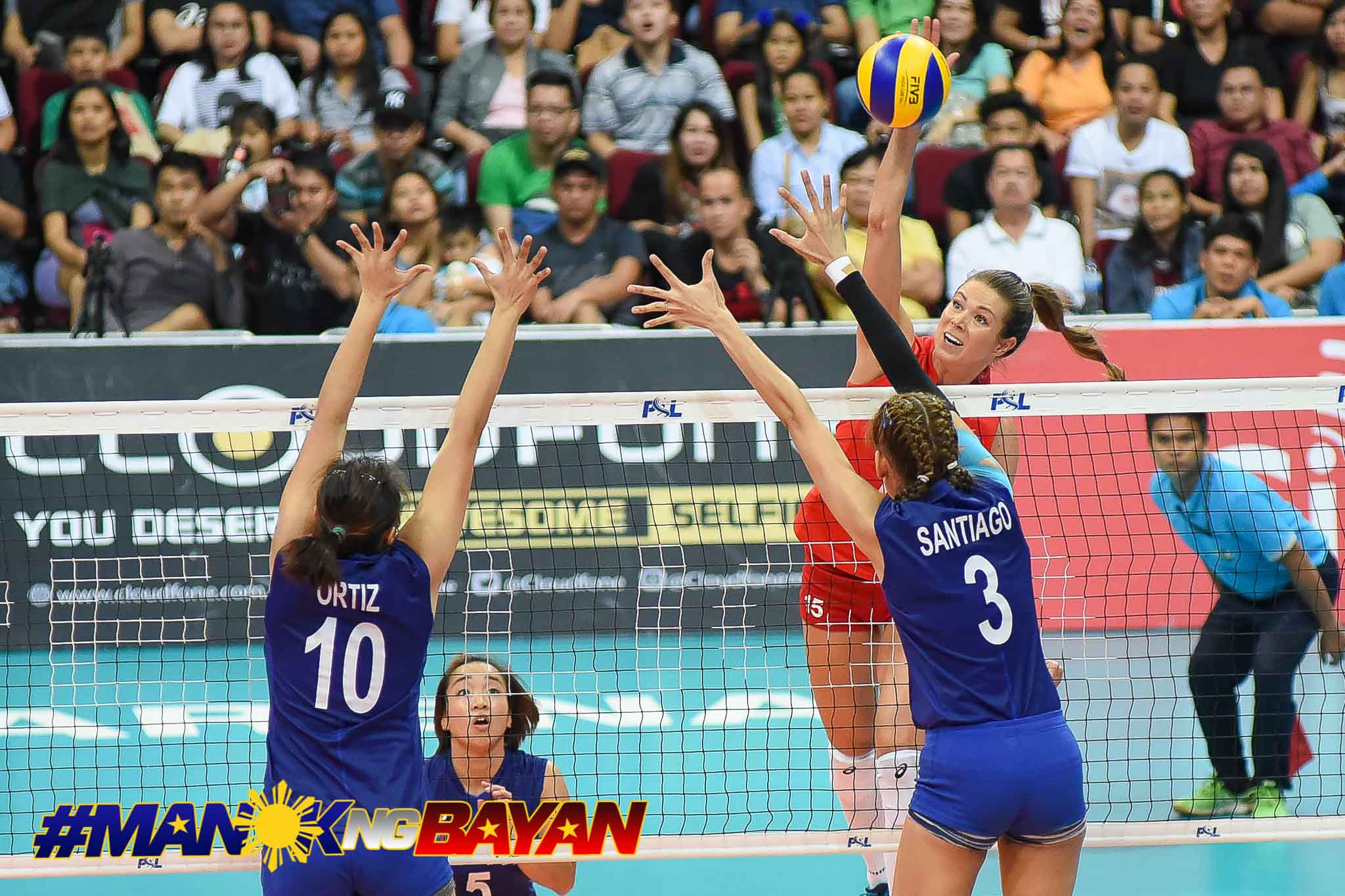 Billed as possibly the tightest match of the 2017 Chooks-to-Go Philippine Superliga Grand Prix, the Petron Blaze Spikers denied the Foton Tornadoes a historic three-peat, claiming the last Finals seat 30-28, 22-25, 25-23, 25-21 at the SM Mall of Asia Arena.

Right from the first set, Petron showed their mettle. Trailing 14-18 at one point in the opening frame, the Blaze Spikers slowly worked their way back into the set and forced a deuce. Down 27-28, Petron leaned on their imports Lindsay Stlazer and Hillary Hurley to dig them out of the hole and claim the early win.

Foton fought back in the second frame, re-establishing a 19-14 advantage and never looking back. With a set apiece, both squads battled in two incredibly close sets. Locked at 19-all, Petron pulled away in the latter stages and grabbed a 24-22 lead and setup Hurley’s set clinching hit. The Blaze Spikers then surged ahead, 19-14, through a 6-1 run to put the fourth frame out of reach.

Stalzer finished with a game-high 25 points while Hurley contributed 24 off 21 attacks, two blocks, and an ace.

The Blaze Spikers face the F2 Logistics Cargo Movers in a best-of-three series, a rematch of the All-Filipino Conference Finals.

Foton can salvage third in a knockout match with Cocolife also on Tuesday at the FilOil Flying V Centre.