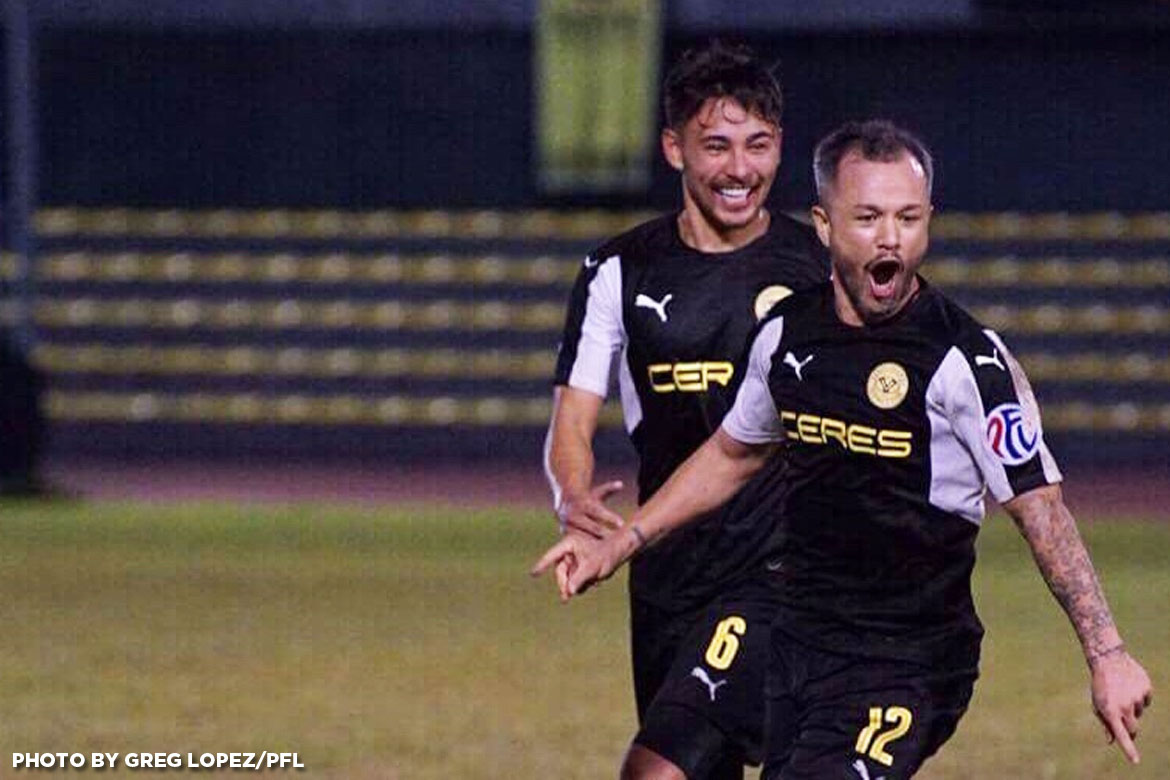 With time running out, retired Azkals midfielder Stephan Schrock managed to find a way to break the goalless stalemate and hand Ceres Negros a huge 1-0 away win against Kaya Makati at the University of Makati field.

“I cannot really remember what happened. I just knew I had one thing left in the final minute, so I got the ball and took it. I’m happy to give the team the winner because they deserve it under such circumstances,” commented Schrock.

Both clubs sought to get an early lead in their 2017 Philippines Football League semi-final clash. Iain Ramsay’s first half volley forced a fine save from Kaya goalie Ref Cuaresma, while Robert Lopez Mendy tried his luck at the other end only for Ceres goalie Roland Muller to stop him.

Once play resumed after the break, Ceres were close to drawing first blood when Carlie de Murga’s attempt hit the crossbar and his following header tipped away by Cuaresma.

Two minutes from time, Kaya could have clinched the valuable goal thanks to Mendy. Mendy eluded the Ceres defenders and unleashed a powerful shot that was denied by the crossbar. It seemed that the contest was bound to finish goalless until Schrock had a say.

Schrock slalomed his way past the home side’s defense and used his left foot to put the ball past Cuaresma to seize the priceless 1-0 away win.

Ceres will look to defend their 1-0 victory next December 9, 7:00 PM, at their homeground of Panaad Stadium in Bacolod.