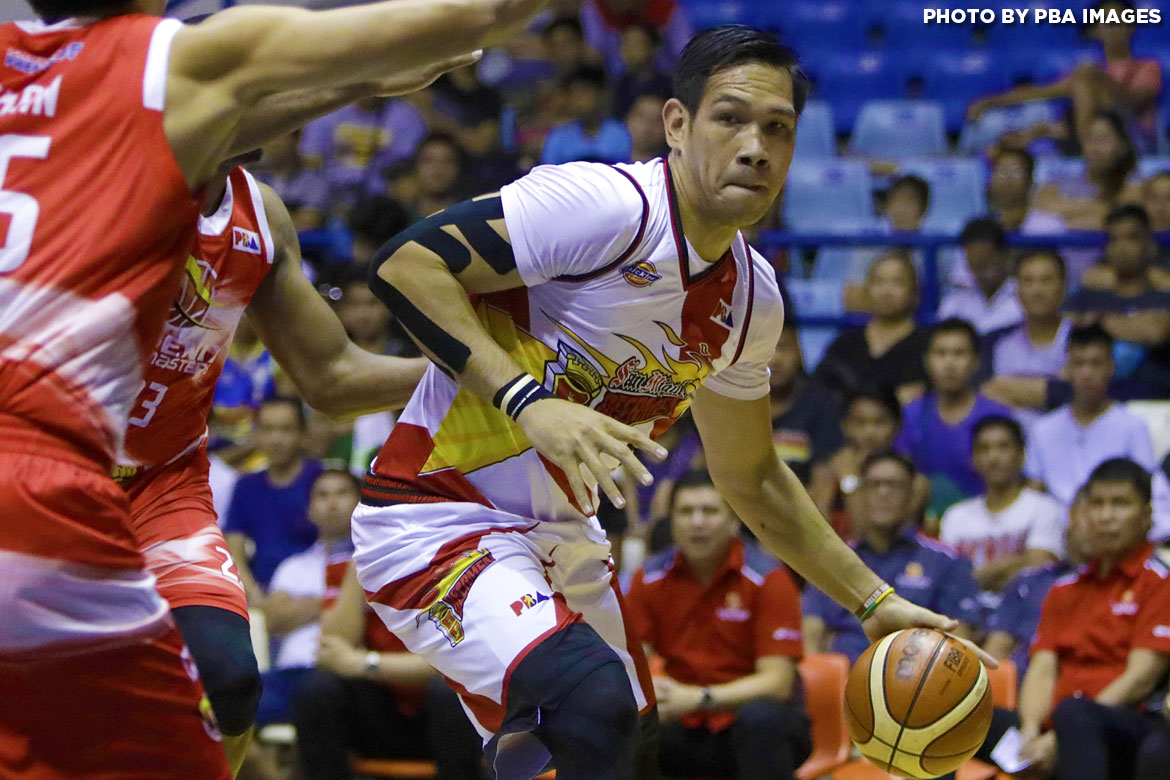 The San Miguel Beermen had to hurdle a gallant stand by also-rans Phoenix Fuel Masters to come out as winners, 109-107, and to inch closer to the twice-to-beat advantage, Wednesday night at the Ynares Center in Antipolo City.

The win improves SMB’s record to 7-3, tied with the TNT Katropa and NLEX Road Warriors in the third spot of the team standings. Phoenix, meanwhile, lost their ninth straight game and concluded the conference with a 2-9 slate.

“[So] I told them before that this is not an easy game. And I’m happy to see the players step up and they realized that they need to step up,” he continued.

Three Beermen produced double-doubles in the win, led by Terrence Watson with 26 points and 11 rebounds. June Mar Fajardo had 24 points and 17 boards, while Alex Cabagnot made 24 and 13 along with six assists.

After blowing a 13-point lead in the first half and going down by as much as 12 in the third, the Fuel Masters raced back late in the game and tied things up at 100 after Brandon Brown’s charities with 2:25 on the clock.

The Beermen responded with a 7-2 spurt behind Watson, Fajardo, and Cabagnot, but Phoenix continued to provide an answer through JC Intal’s left corner triple to close within a single possession, 107-105, with barely seven ticks left.

The team in red tried to freeze the clock through the fouling game, but it was a plan that favored SMB more. Cabagnot went to the stripe and calmly sank his charities to widen his team’s lead, 109-105, with six seconds to play.

Jeff Chan made a strong drive to the hoop at the other end and converted a tough lay-up, but the 1.1 seconds remaining were  obviously not enough for the Fuel Masters to either tie the game or snatch a victory.

Arwind Santos flirted with a double-double of 15 points and nine caroms for SMB. Marcio Lassiter supplied 13 points despite shooting 4-of-12 from the floor, 3-of-8 coming from beyond the arc.

Matthew Wright, who is coming off a 36-point outing versus Rain or Shine Elasto Painters exactly a week ago, was limited to just five points on 2-of-16 shooting. He, however, made up for it with nine rebounds and four assists.

San Miguel will figure in a titanic clash with the Meralco Bolts this Sunday, September 24, 4:30 PM at the SMART Araneta Coliseum.