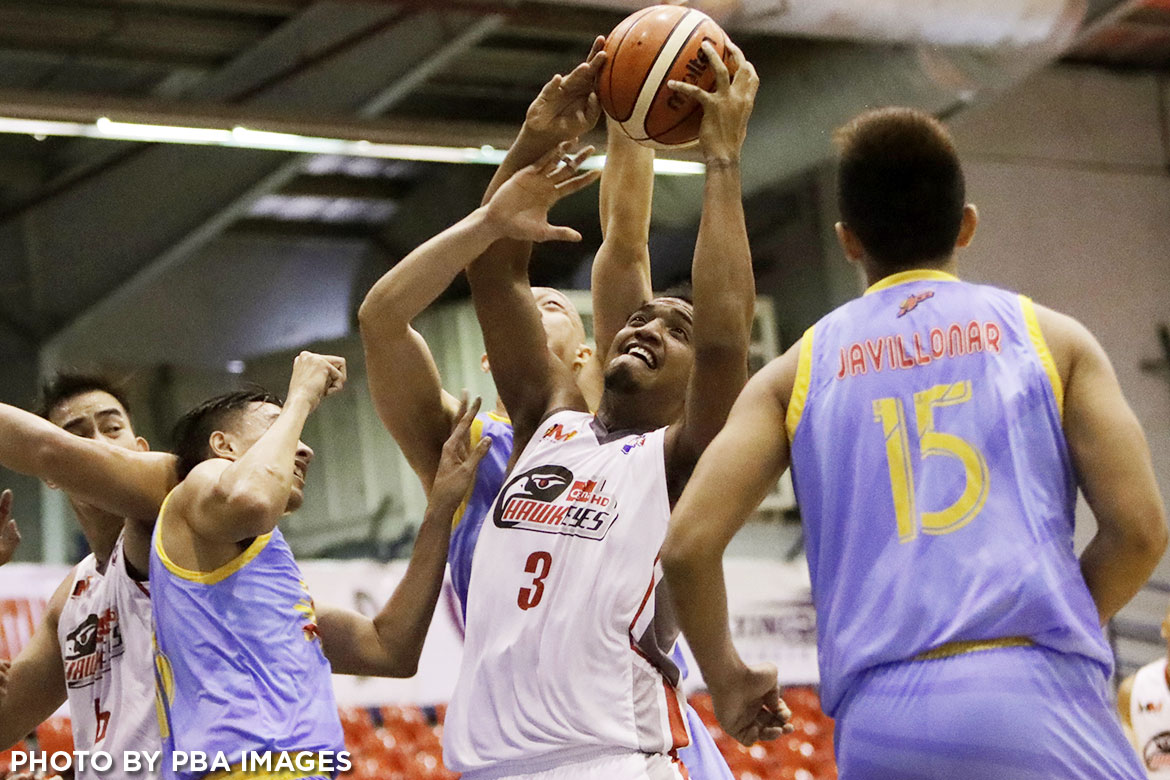 Needing to bounce back from their heartbreaking loss to Team Batangas, JR Alabanza defended the fort for the Marinerong Pilipino as they stunned the Cignal HD Hawkeyes, 66-65, Thursday afternoon at the Ynares Sports Arena in Pasig City.

The 6-foot-5 big man was the difference-maker for the Skippers in the fourth period, as he stopped a pair of drives from Jason Perkins, the last of which was the game-saving block to give his side their first win in the tourney.

“Everything happens for a reason. Maybe, we needed to learn how to win in the defensive end,” said coach Koy Banal.

Marinerong Pilipino twice almost squandered their chance to escape with a victory; the first after Oping Sumalinog intercepted Achie Iñigo’s crosscourt pass, while the next was after Harold Arboleda stole Dave Moralde’s inbound pass.

Luckily, Alabanza was there to thwart the Hawkeyes’ late charges as he denied Perkins’ attempts to seal the victory for his side.

He dropped six points and five rebounds, but more importantly, swatted seven shots for Marinerong Pilipino in the colossal upset.

Mark Isip led the Skippers with 15 markers and six rebounds before fouling out with 1:33 left to play, while Iñigo nabbed a double-double of 13 points and 10 boards in the win.

“We wanted to compete until the end,” said Banal. “Marami kaming veterans who stepped up today and reminded the team that we needed to compete.”

Perkins topped Cignal (2-2) 15 points and eight rebounds, while Raymar Jose got 11 markers and 14 boards in the losing effort.

Marinerong Pilipino will next face Tanduay on Monday, June 19, at 2:00pm. Cignal, on the other hand, look to bounce back when take on the AMA Online Education Titans on Tuesday, June 13, at 2:00pm. 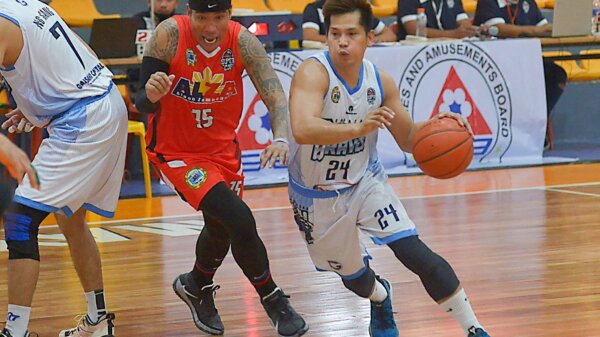