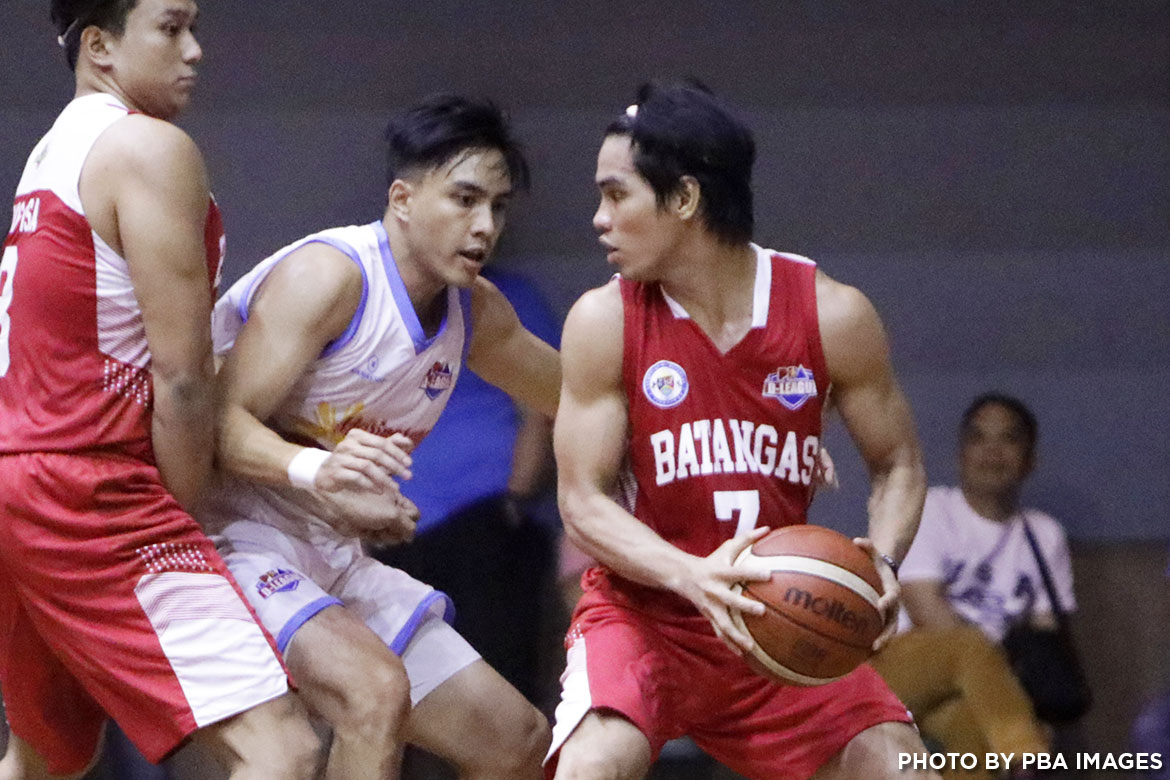 Team Batangas asserted its territory against debuting Marinerong Pilipino to come away with the 92-82 victory, Tuesday evening at the JCSGO Gym in Cubao, Quezon City.

Joseph Sedurifa made a living on the charity stripe, scoring eight of his 17 points from the line while tallying four assists, and three rebounds. 5-foot-7 guard Cedric de Joya finished with 14 markers and four dimes.

Earvin Mendoza also went 3-of-6 from threes to wound up with 11 points as he had half of Batangas’ 6-of-19 shooting from threes.

The Batangueños slowly pulled away from their foes and put up a 15-point lead, 81-66 after a Mendoza three with 6:44 left in the fourth period.

The Seafarers, though, made a late run and cut the deficit to eight, 90-82 with 1:57 to play before Dave Moralde committed an offensive foul in the final two minutes which was followed by a turnover from Jeff Javillonarthat took the air out of Marinerong Pilipino.

Team Batangas looks to make it two in a row when they face fellow 1-0 team Wangs Basketball on Tuesday, June 6 at 10:00am. Marinerong Pilipino will have a tough second outing as they take on the Cignal HD Hawkeyes on Thursday, June 8 at 12:00nn. Both games will be played at the Ynares Sports Arena in Pasig City.