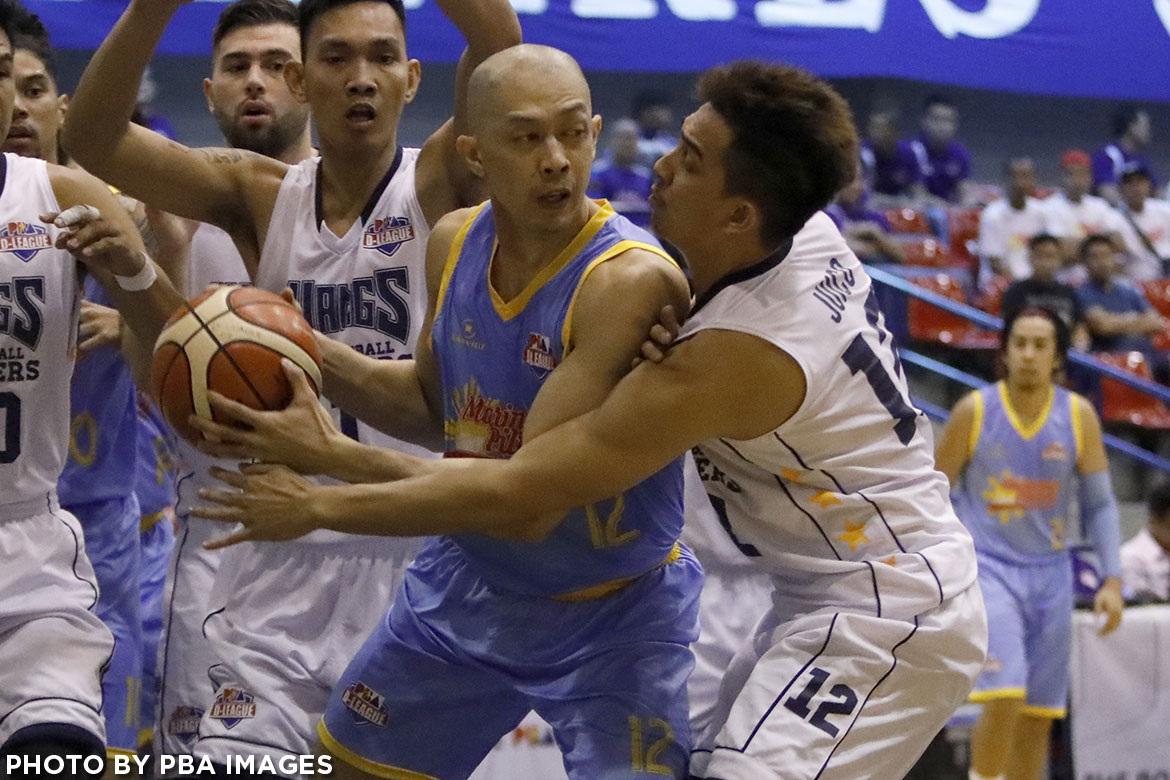 The Marinerong Pilipino refused to sink and pulled off an 83-82 win over Wangs Basketball to stay in the race for the Foundation Cup playoffs, Thursday afternoon at the Ynares Sports Arena in Pasig City.

Down 13, 80-67, with 4:46 remaining, Mark Isip buckled down for the Skippers and led the late 16-2 fightback. The veteran forward capped off the rally with his find of Julian Sargent, who then passed the rock to John Lopez for the go-ahead bucket with 27.6 ticks left.

Sargent continued his brilliance on the other end as he blocked Jon Gabriel’s potential game-winner as the Skippers escaped with the victory.

“Clearly, it was the grace of God. It was our faith that gave us the positive attitude na kahit down by 13 kami in the last minutes, we didn’t waive and kept on believing that God will help us,” said coach Koy Banal.

Isip uncorked eight of his conference-best 29 points in the fourth quarter, alongside nine rebounds and three steals.

Lopez chipped in 12 markers, eight boards, and three assists, JR Alabanza got none points and five rebounds, and Sargent did it all for Marinerong Pilipino with his eight markers, nine boards, four assists, and four blocks.

It was the third straight W for the Skippers, which have now evened their record at 4-4.

Marinerong Pilipino can advance to the quarterfinals if it can sweep its remaining games against Gamboa Coffee Mix and AMA Online Education.

Wangs Basketball, on the other end, finished its eliminations schedule with a 5-5 slate. It still has a shot to make it to its first franchise quarterfinals appearance, but their fate would no longer be in their hands.

READ  Okumu expects UP Lady Maroons to bounce back: 'We are no longer a team in progress'

Gabriel topped the Couriers with 19 points and five rebounds, while Michael Juico got 17 markers, four boards, and three assists.

Marinerong Pilipino will play its penultimate game of the tournament when they take on Gamboa Coffee Lovers on Monday, July 24 at 3:00pm.