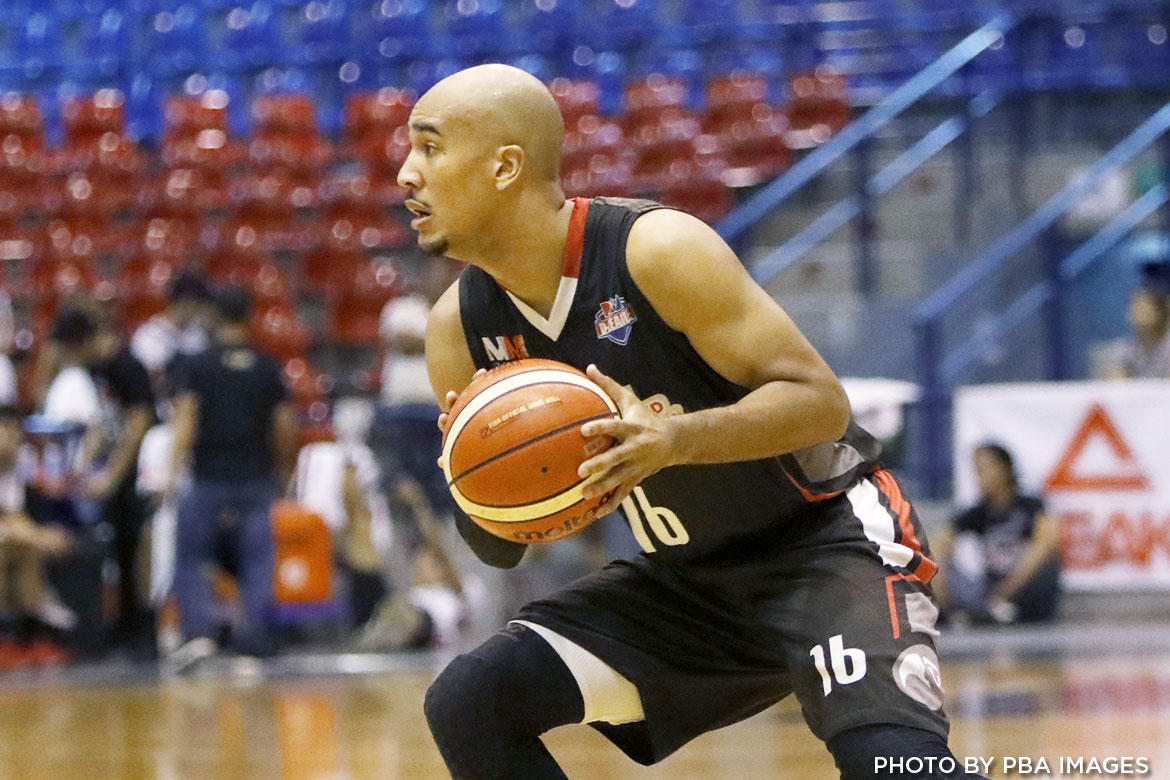 The Cignal HD Hawkeyes ended their seven-games-in-10-playdates run with a dominant 93-75 win over the Racal Motors Alibaba to claim its fifth win, Tuesday afternoon at Ynares Sports Arena in Pasig City.

The Hawkeyes came out swinging, jumping to a 21-point lead, 42-21 early in the second frame and erecting the lead to as much as 23, 59-36 in the third quarter before fending off the Alibaba in the payoff period.

“I’m happy that we won this one. Still, I hate the way we played in the third quarter and it seemed like we didn’t know how to play basketball, with us giving up so many points and so many turnovers,” said coach Boyet Fernandez, as Cignal allowed Racal to cut the deficit to as low as six, 72-66 after a Rian Ayonayon fastbreak with 6:16 left to play.

“But as bad as we played in the third, credit to them in the fourth quarter because we looked like a different team,” he furthered.

After seeing the lead sliced down to its lowest, the Hawkeyes finished off the Alibaba with a decisive 16-3 tear built on four treys, with Jason Perkins putting on the finishing touches with back-to-back treys to give his side an 88-69 lead with 2:38 remaining.

Davon Potts closed his PBA D-League career with 15 points, three assists, and two rebounds, Perkins added 14 markers on a 2-of-5 sniping from threes, alongside four boards, and Pamboy Raymundo tallied a double-double with his 10 points, 10 assists and four rebounds.

Raymar Jose also registered 10 markers and 11 boards, Alfred Batino scored all of his 12 points in the first half, to go with five rebounds, and Oping Sumalinog had 11 markers and five boards for the now-second place Cignal.

Fernandez could only feel proud with how the Hawkeyes performed in their killer three-week schedule, saying, “Seven games in three weeks is tough, but credit to my boys for that. We just have to be consistent and not be complacent in our coming games.”

Ayonayon was the only one to hit double-digits for Racal in the Aspirants’ Cup Finals rematch with 26 points and eight rebounds. Kent Salado, who is playing his final D-League game for the season as well, finished with just seven points on just 3-for-10 shooting.

Cignal will have a nine-day break before facing the Wangs Basketball Couriers on Thursday, June 29 at 3:00pm. Racal, on the other hand, looks to bounce back when they face the same team on Monday, June 26 at 3:00pm.

Petron nips Generika-Ayala for first win in second round

Even at age 38, Avenido continues to will Gamboa Coffee