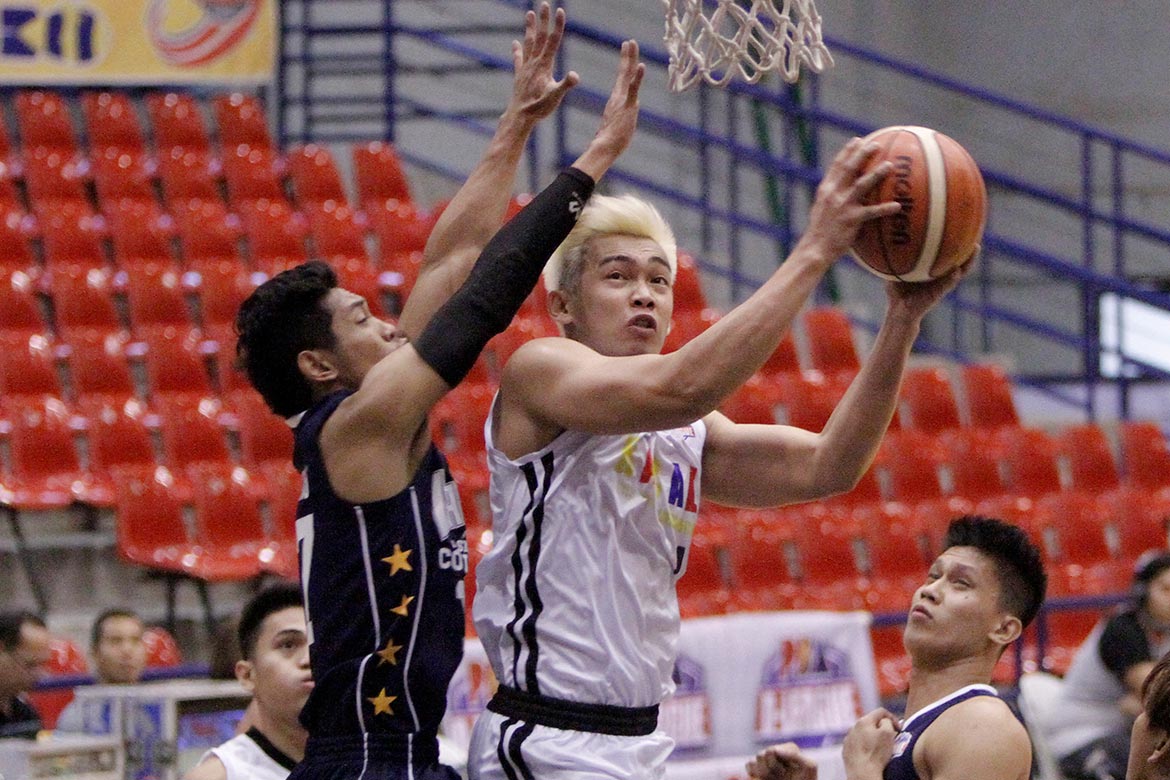 The Racal Tile Masters fortified their strong hold of the top spot in the 2017 PBA D-League Aspirants’ Cup, edging the Wangs Basketball Couriers, 89-84, Thursday at the Ynares Sports Arena in Pasig City.

Kent Salado took charge late, firing eight of the Tile Masters’ last 14 points in the final five minutes to help his side get a five-point breathing room and ultimately fend off the Couriers.

He ended up with 14 points, two rebounds, and two assists for the pace-setting Racal (4-0).

Jackson Corpuz notched a double-double of 18 markers, 14 boards, three blocks, and two steals, as his efforts kept the Tile Masters afloat in the back-and-forth contest for the first three-and-a half quarters.

Sidney Onwubere also got 10 points and six rebounds in the victory.

Wangs fell to their third straight loss and dropped to a 1-3 card.

Rey Publico topped the Couriers with 16 points and six rebounds, while Marlon Gomez got 14 markers and seven boards.

Both teams’ next assignments are set on February 14, Tuesday, at the Ynares Arena in Pasig. Racal will look to keep their slate unscathed as they go up against Tanduay at 1:00 PM, while Wangs will try to bounce back versus the Café France Bakers at 11:00 AM.

Nash Racela laments TNT’s errors: ‘We made a lot of mistakes’