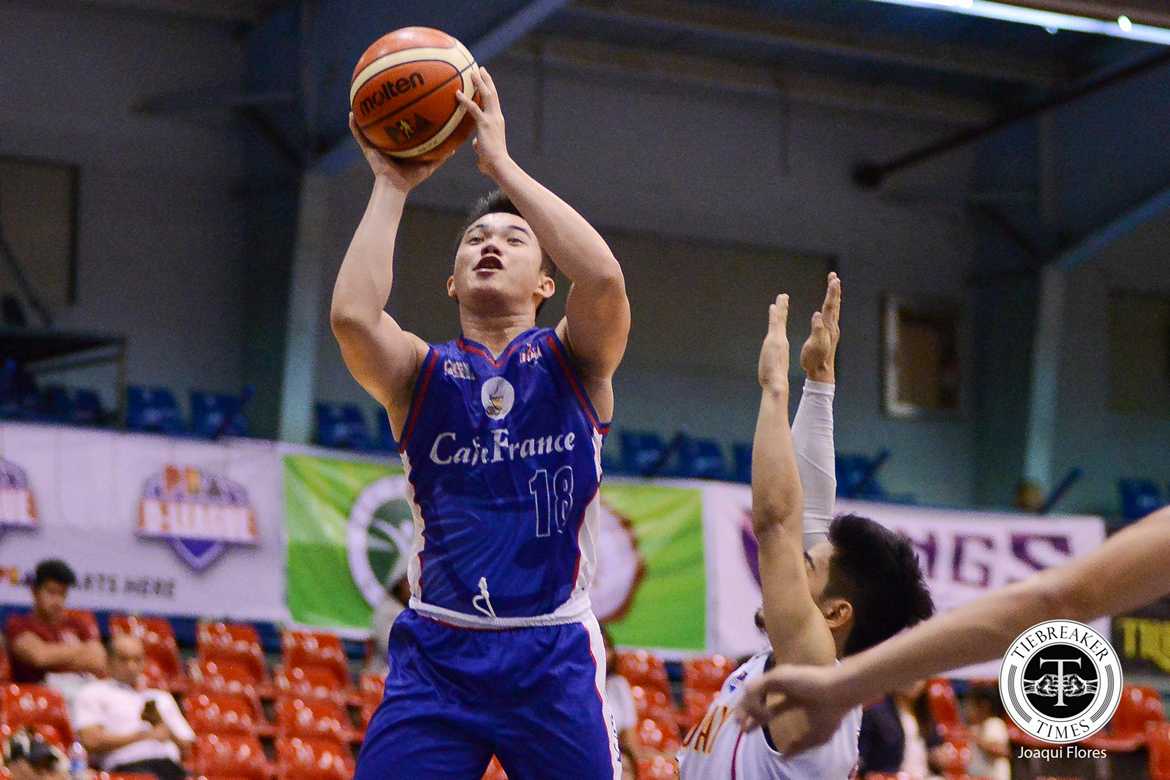 Behind stellar performances from the trio of Paul Desiderio, Rod Ebondo, and Michael Calissan, the Cafe France-Centro Escolar University Bakers were able to fend off the Wangs Basketball Couriers in the third frame to pull off an 84-74 win, Tuesday afternoon at the Ynares Sports Arena in Pasig City.

Engaged in a tight battle with the game tied at 59, the Bakers went on a hot streak and unfurled a telling 14-2 blast to end the third quarter and grab a decisive 73-61 advantage over the Couriers.

“Everybody wanted to win but there was no energy and effort in the first half. I’m happy that we bounced back in the second half although there were still some lapses,” said coach Egay Macaraya.

Paul Desiderio had his guns ablaze anew, shooting 5-of-9 from threes to pace his side with 23 points and four rebounds.

Rod Ebondo also chipped in 20 markers, nine boards, and two blocks, while Michael Calisaan did it all with his 18 points, nine rebounds, three dimes, a steal, and a block.

Cafe France moved to solo second place with its third straight win, improving its standing at 4-1.

The Bakers were able to bully the Couriers, out-rebounding them by a huge margin 61-39.

John Tayongtong saw his 39-point output go down the drain as Wangs absorbed its fourth straight defeat and fall down to a 1-4 record.