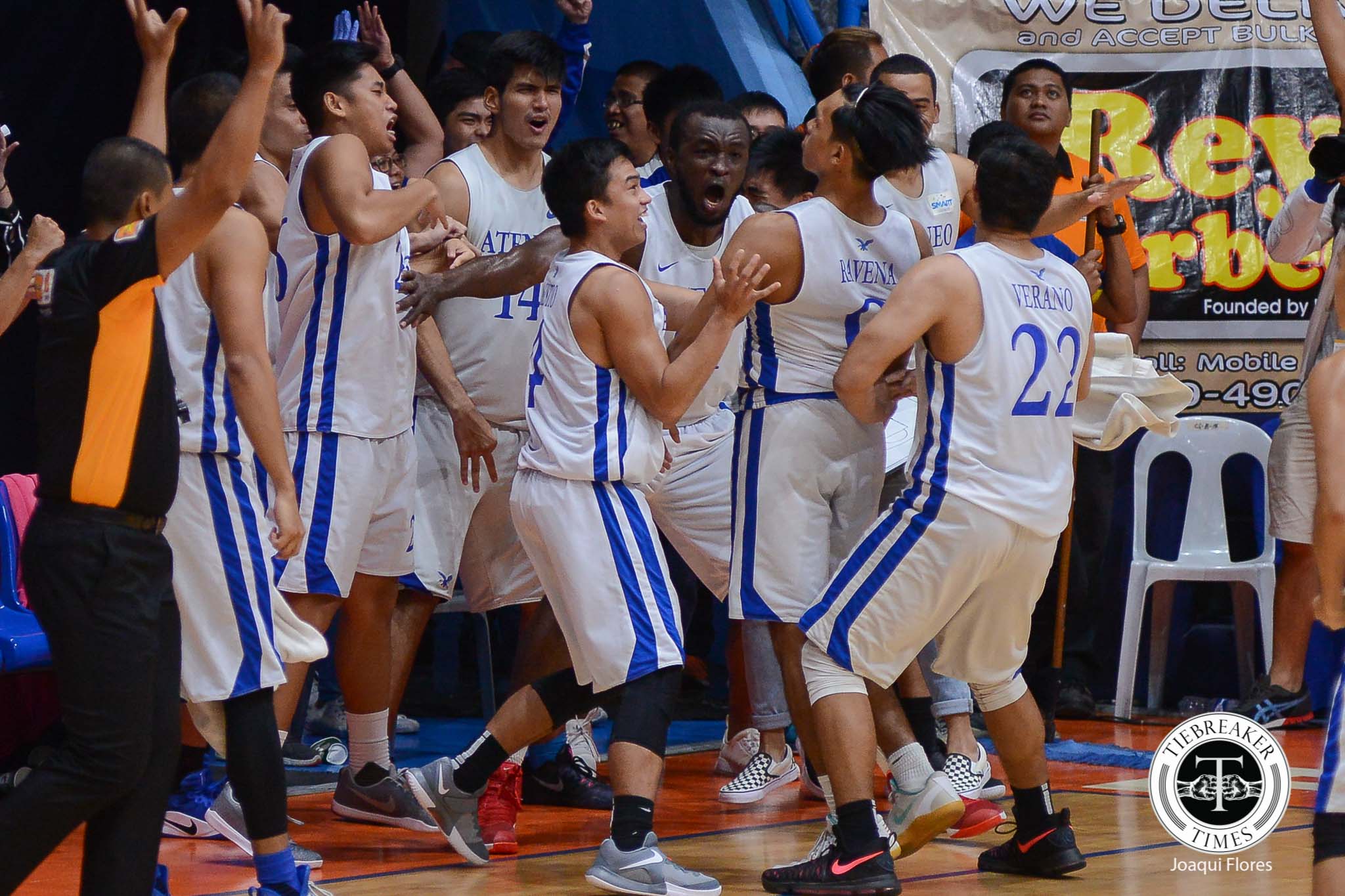 “We have had a long layoff two and a half weeks for final exams and then after finals couple practices, camp where we didn’t touch a basketball. Just worked on team building having fun,” said second-year Ateneo head coach Tab Baldwin as his team last played in the Premier Cup last May 7.

The win gave life to Ateneo’s quarterfinals hopes, as the Blue Eagles now sport a 3-2 slate. La Salle, on the other hand, dropped to fifth place in Group A at 4-3.

And it was Thirdy Ravena who made the biggest shot of the game.

“Big shot by Thirdy. We don’t want to rely on big shots to win the game, but it’s good that we get one when we need it,” Baldwin admitted.

Down 73-74 with 18.7 seconds left, Tyler Tio was able to find Ravena who threw up a booming triple for the go-ahead basket. This was his only triple of the game, and he finished with nine points, five rebounds, and two blocks.

“Second half I thought started to get where we want to get as a team in terms of paying attention to game plan,” Baldwin added, as Ateneo had committed 10 of their 17 turnovers in the opening half.

Tio was able to find Juwuan White underneath to give Ateneo a 73-68 lead with 2:31 remaining. However, reigning MVP Ben Mbala plowed through the Ateneo defenders, eventually giving La Salle a 74-73 lead after a putback with 18.7 second left.

#ReadMore  PBA: Arana, Converge storm back from 17 down, continue Rain or Shine's woes

Free throws by Matt Nieto and White sealed the win for the Blue Eagles.

Anton Asistio led Ateneo with 13 points, all but one of his production coming from downtown. Mike Nieto and Raffy Verano had 10 points each with the former grabbing eight boards as well.

“Good contributions from all over the team,” the American-Kiwi mentor shared.

Mbala led La Salle with 23 points on 8-for-12 shooting to go along with nine rebounds. Aljun Melecio played 37 minutes in the game and was able to drop 20 points.

Ateneo will not have time to celebrate, as they face the JRU Heavy Bombers on Monday, June 12, at 5:00pm. La Salle, on the other hand, take on NCAA rivals Letran on Friday, June 16, at 3:15pm. 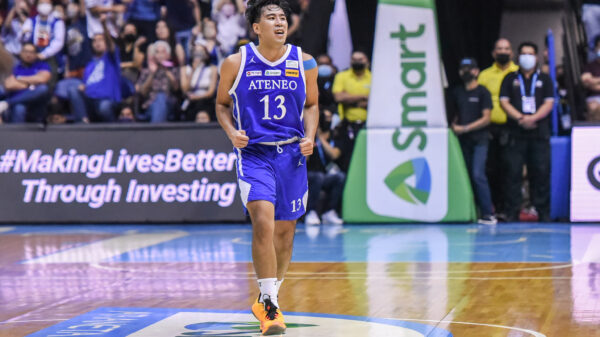