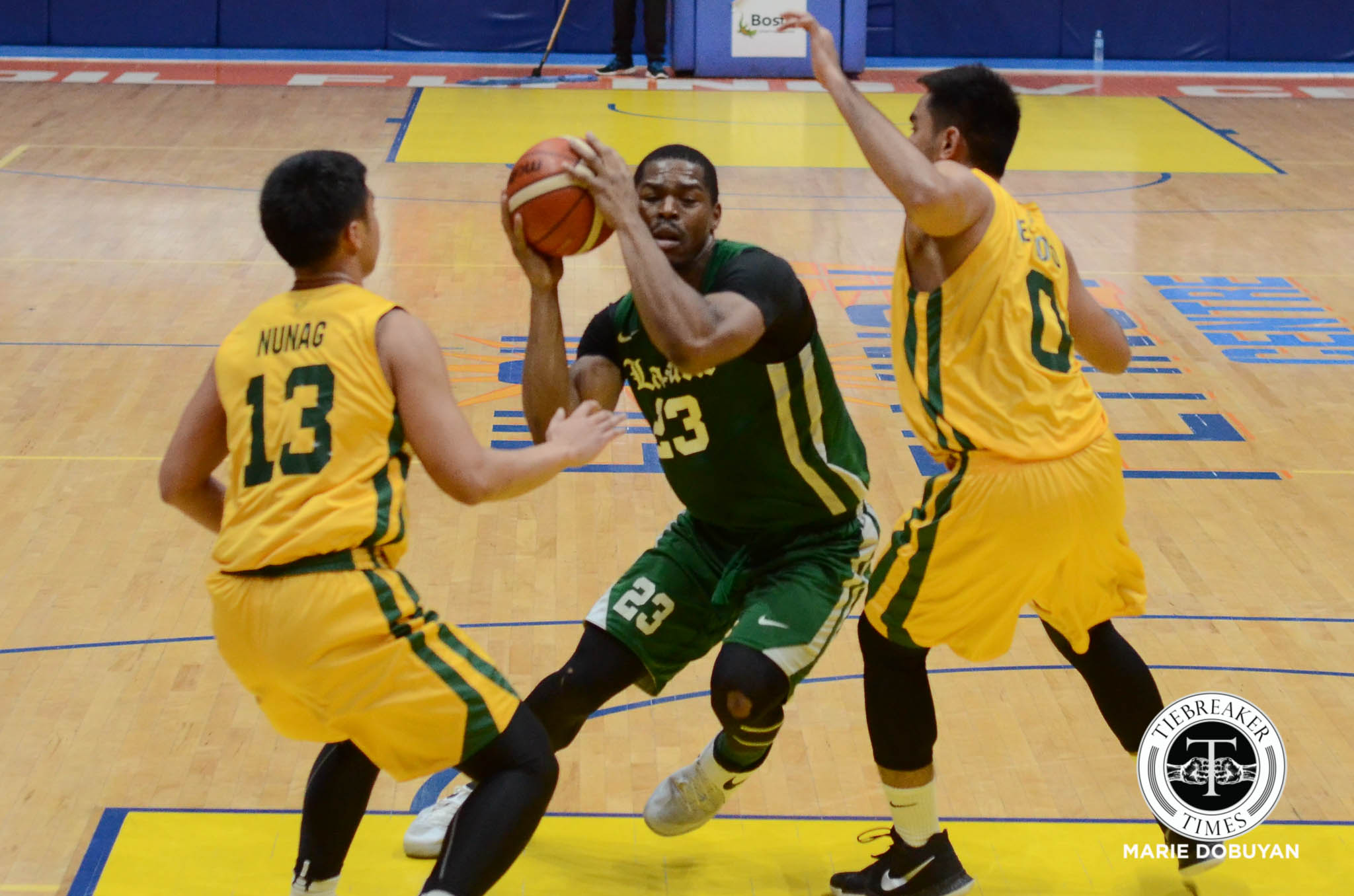 After a 45-point and 17-rebound outing against the Letran Knights, reigning MVP Ben Mbala once again had a monster game with 32 points, 19 rebounds, and two blocks. He was 10-of-18 from the field and was an excellent 11-of-12 from the stripe.

Though Mbala’s numbers were outstanding, coach Aldin Ayo stressed that the win was all about team effort.

The Green Archers started with a ban, surging to a commanding lead of 13, 35-22 in the first half.

They did not show any sign of changing the pace come the second half, as they continued to close FEU’s chance to advance to the semis. An 11-0 run by La Salle sparked by an Mbala triple and capped by a Rivero slam gave the Green Archers an imposing 70-47 lead.

The lead grew to as high as 25 points, 76-51, after back-to-back triples from Andrei Caracut.

Arvin Tolentino and Richard Escoto paced FEU with 10 points each. RJ Ramirez, had led the charts in their past eight games, was limited to only two points this game after playing for 19 minutes.

La Salle will face the Lyceum Pirates on Friday in the semifinals. And coach Aldin Ayo is dead-set on preparing for that game.

The semifinals of the Premier Cup will be on Friday, June 23, with La Salle facing Lyceum at 3:15PM. The Green Archers were able to escape the Pirates in their elimination round meeting, 121-119 in overtime. – By: Danine Cruz