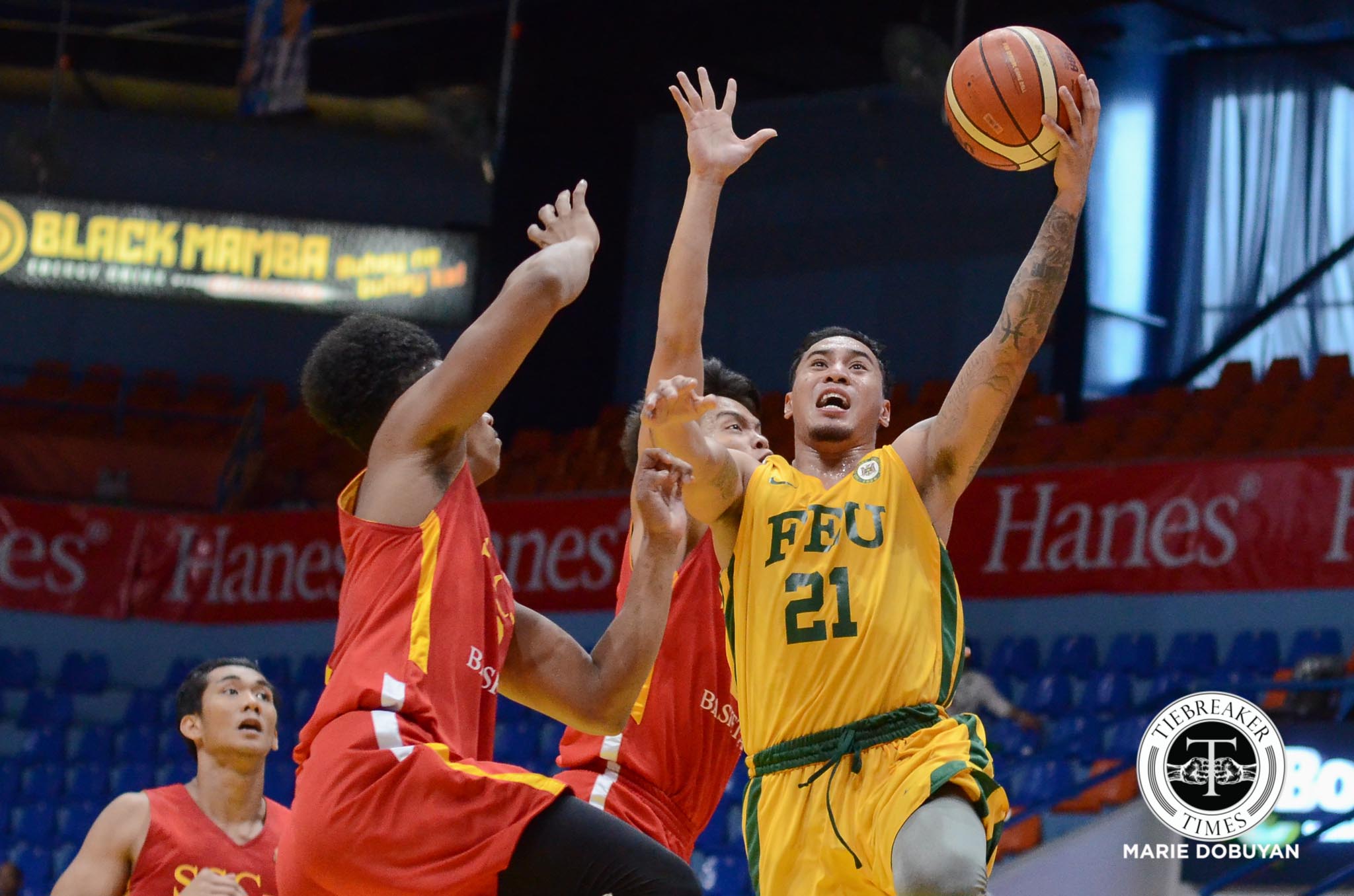 The Far Eastern University Tamaraws will enjoy the top seed in Group B after ending their elimination round campaign with an 84-80 win over the San Sebastian College-Recoletos Golden Stags, Monday afternoon in the Fioil Flying V Preseason Premiere Cup.

The Tamaraws end up with a 7-1 win-loss record entering the next round as the top seed. San Sebastian, on the other hand, were  demoted to third seed with a 6-2 slate.

RJ Ramirez leads the Tamaraws with 18 markers, 9 rebounds, and two steals snapping the Stags’ six-game winning streak. Axel Iñigo added 16 points on 4-of-8 shooting form the field — all from downtown.

The whole game was a seesaw battle, with each team having an answer for every shot, but San Sebastian broke away in the fourth quarter with a seven point lead, 80-73, with less than six minutes on the clock.

However, FEU’s priced recruit from Canada, RJ Ramirez did everything on both ends, forcing San Sebastian to a scoreless last four minutes. After Ramirez scored the basket from an offensive rebound, the Tamaraws’ defense forced another turnover, off which Ramirez sunk another layup to seal a four point lead. FEU took advantage of the Stags lackluster offense to seal first spot in Group B.

The game started toe-to-toe, with the first half ending at 40-41 and the Stags holding on to a one point lead. Jerick Fabian and Michael Calisaan led the boards with 9 and 7 points respectively.

Despite this, the Tamaraws’ consistency in offense and defense brought home the W.

Costelo paced San Sebastian with 17 points but needed 18 shots to do so. Fabian and Calisaan chipped in 13 and 12 points respectively. Jason David picked up a double-double with 10 points and 10 rebounds.

San Sebastian shot a dismal 38 percent from the field compared to a superior 52 percent for FEU. – By Danine Cruz