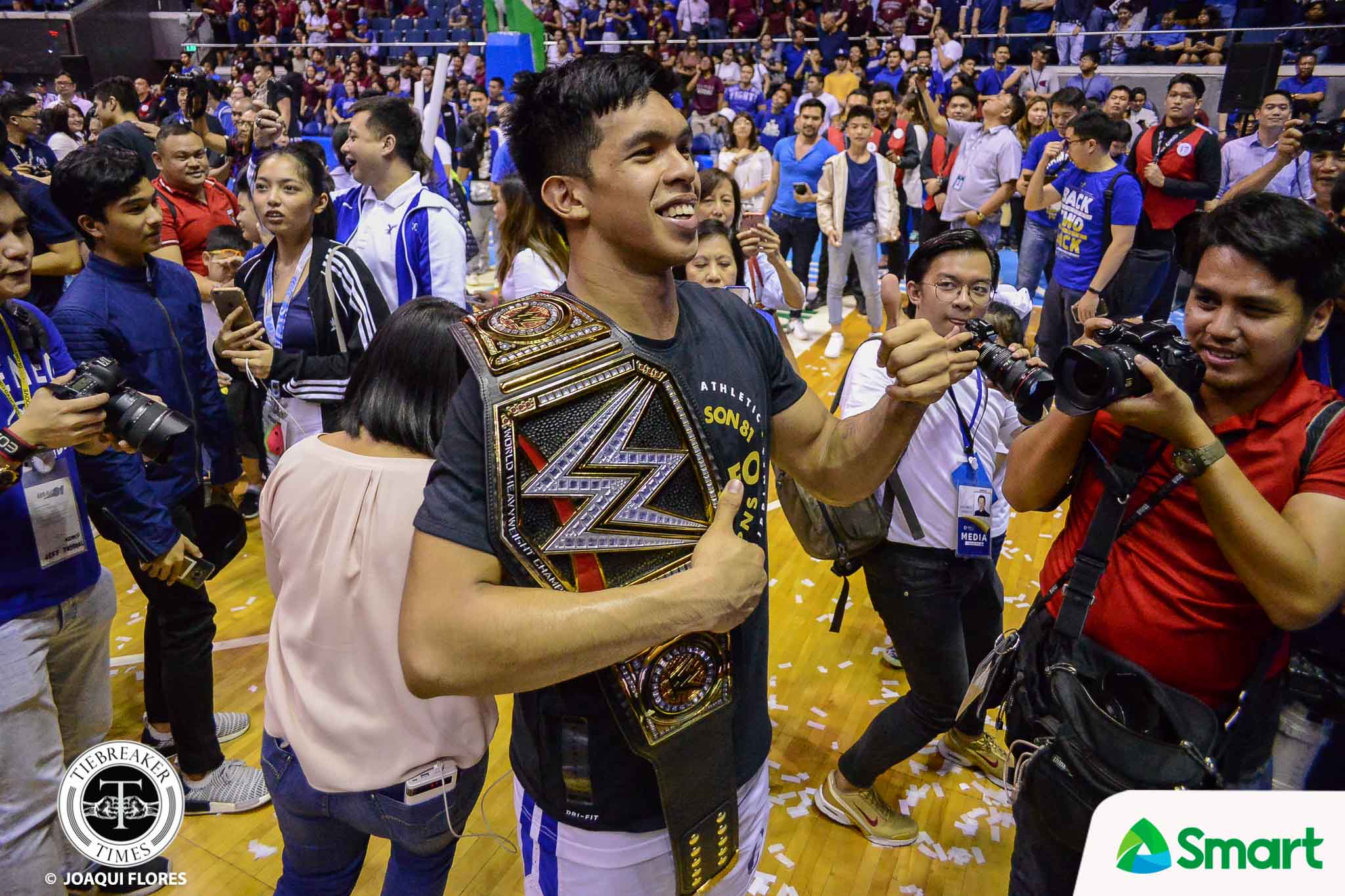 For a moment, Thirdy Ravena experienced what it is like to be a world champion.

During the Ateneo de Manila University Blue Eagles’ celebration Wednesday evening, Ravena – who was named as the UAAP Season 81 Men’s Basketball Finals Most Valuable Player – looked to the crowd. As he was celebrating, an Ateneo supporter reached out and asked for a photo of him. But it was not just a simple photo.

The fan requested the two-time UAAP champion to take a picture with the WWE Championship.

“Ang sarap! I was feeling it during that moment.”

For the past few years, the World Wrestling Entertainment has made it a tradition in US sports to send over replica belts to champion teams for them to use during their victory parades.

Though this tradition has yet to extend outside of the States, Ravena was able to experience it for a few moments. And deservedly so, as he averaged 29.5 points, 8.0 rebounds, 7.5 assists, 2.5 steals, and 1.0 blocks in Ateneo’s two-game sweep of the University of the Philippines Fighting Maroons. 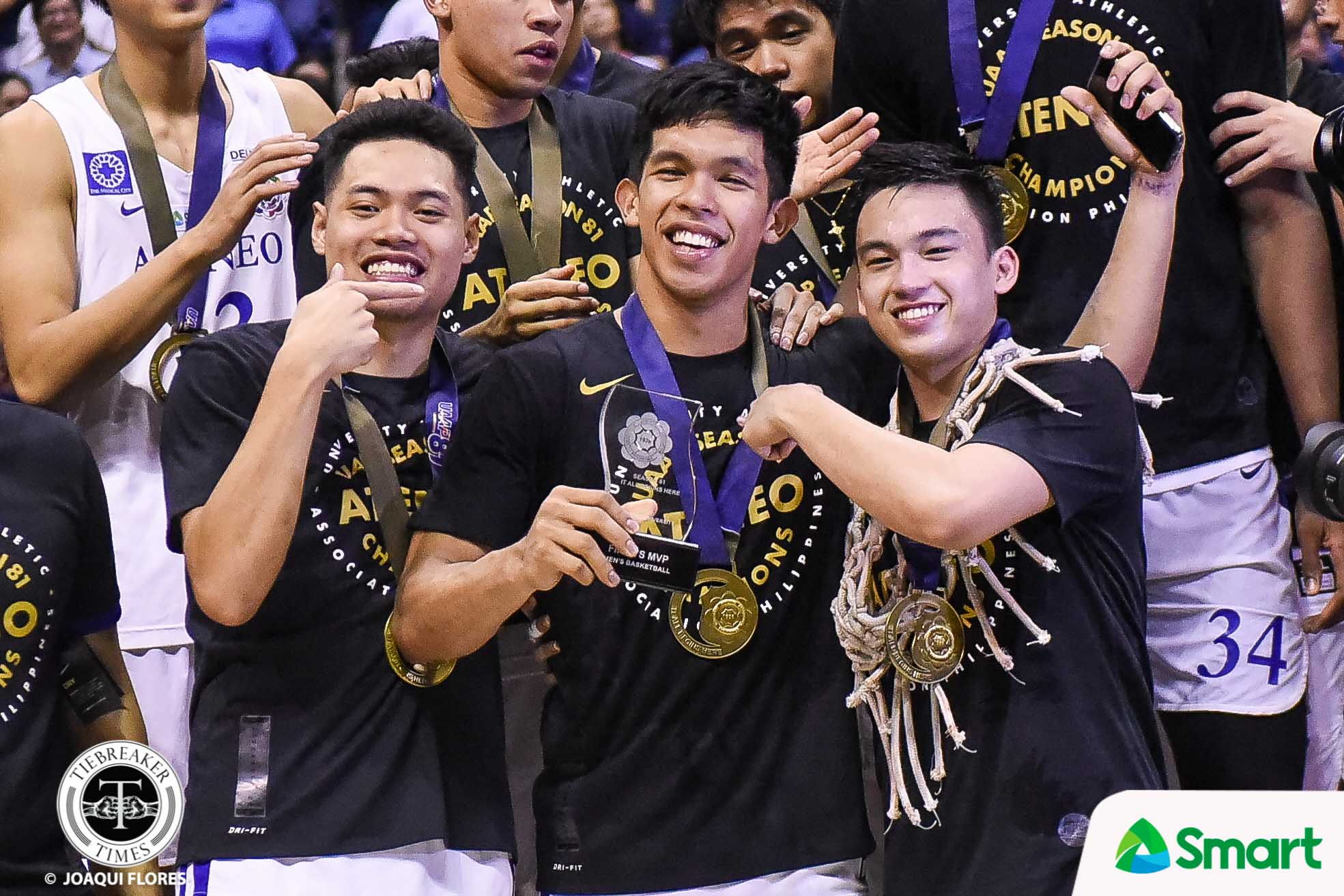 “It’s all fun and everyone is just super happy during that time.”