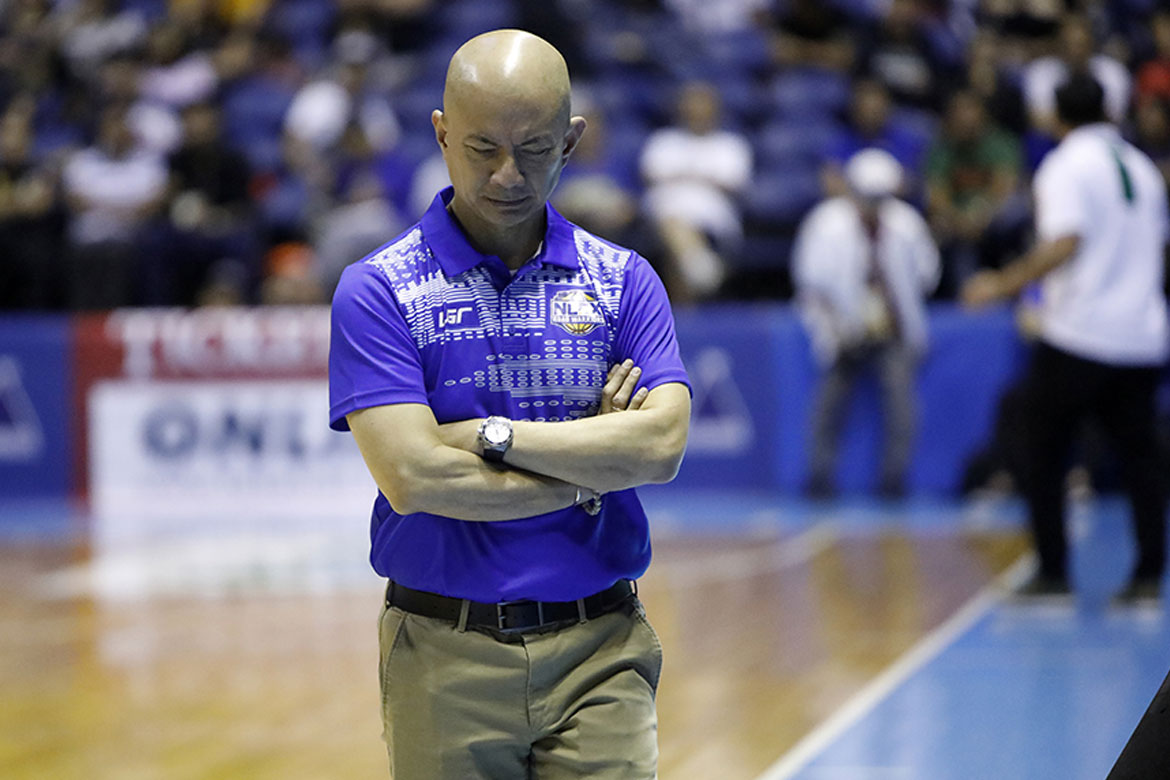 NLEX head coach Yeng Guiao could not hide his disgust with the officiating in the Road Warriors’ 2019 PBA Commissioner’s Cup meeting versus the NorthPort Batang Pier, Saturday evening at SMART Araneta Coliseum.

The outspoken bench strategist directly said that the pushing foul called against Road Warriors point guard Kyles Lao with 52.3 seconds left was a bad call and an ugly break for them. And that it proved too costly.

That foul against Lao sent Nico Elorde to the line, though the latter only made one of the three. Elorde was also the one tasked to shoot the technical free throw following Guiao’s technical foul for using profane language. He made them.

It gave NorthPort a 79-77 lead, though Kenneth Ighalo tied the game again shortly after. But the breaks of the game did not go NLEX’s way, as they bowed, 79-83, no thanks to Sean Anthony’s clutch putback with 15 ticks left.

“We got a really ugly break. I don’t think the foul on Kyles Lao was something that you should call in a situation like that,” said Guiao, whose Road Warriors have fallen to 0-2.

“That’s a really bad call and it cost us the game.”

Guiao also aired his dissatisfaction with league technical director Eric Castro for justifying the call made against Lao.

“I’m not surprised that people are complaining about the officiating.

“My problem with that call is si Eric Castro justified it. I think that’s stupidity. That is a stupid way to justify that call,” the decorated tactician said.

“They justified it by saying there was contact. The problem is not all contacts are foul. To me, that is a stupid way to justify that,” Guiao added.

Moreover, Guiao pointed out a missed call by the officials on an earlier play. He narrated how NorthPort’s do-it-all forward Sean Anthony “climbed” over Ighalo’s back and managed to get away with it.

“And previous to that action, kung gusto nilang tumawag ng foul… We just watched the tape. Sean Anthony was climbing all over the back of Kenneth Ighalo. They did not call that but they called an itsy bitsy physical contact,” he said.

“To me, that’s not justifiable.”

Still, Guiao is happy with the Road Warriors’ effort despite the loss. NLEX played without an import in Saturday’s game as Tony Mitchell has yet to complete his Games and Amusement Board documents before getting clearance to return to the PBA.

“I’m actually happy with our effort. We played without an import but we had a chance to win the game in the last one or two possessions.”