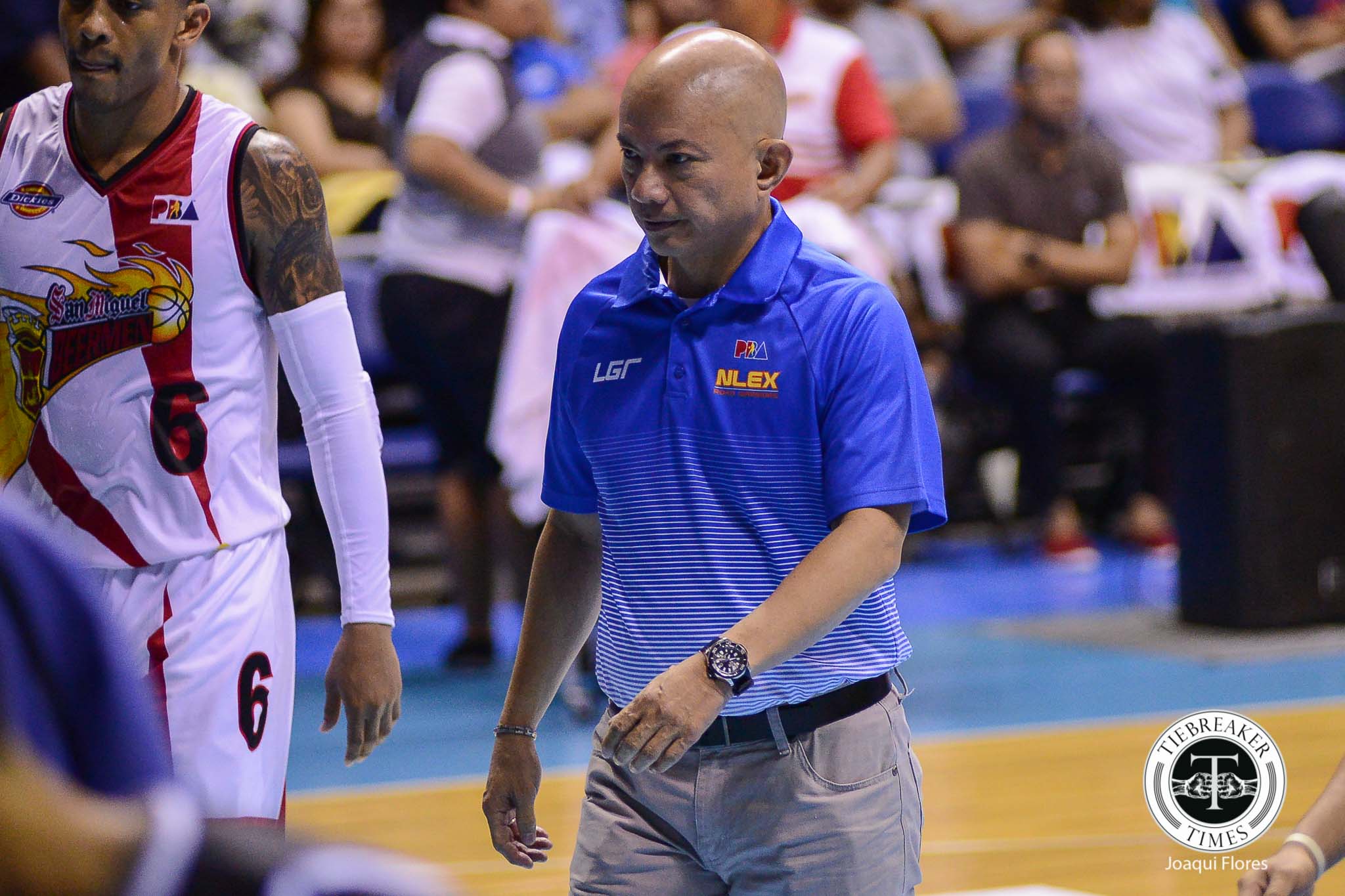 NLEX Road Warriors head coach Yeng Guiao tried to keep his poise and his emotions in check on Monday evening at the Meralco Gym.

After all, he still has work to do, as Gilas Pilipinas prepares for the 2019 FIBA World Cup Asian Qualifiers’ sixth window.

Earlier in the day, NLEX and Guiao had been notified that Kevin Alas – who had just fully recovered from a right anterior cruciate ligament tear just two months ago – will have to go through the same grueling process all over again. The 6-foot guard re-tore his ACL.

“We know how hard Kevin worked to get back to recover from the previous injury,” lamented Guiao after Gilas’ practice. “Walang nag-expect na ganito ang mangyayari na sunod-sunod. Same venue, same side of the court, same knee. Nobody expected it to come out this way. The whole team are all devastated with what happened.”

In all of his 19 years of coaching, the seven-time champion coach admitted that he has never seen a case like this. Moreover, he can’t believe that Alas experienced the same injury, in the same venue, and even on the same side of the court.

“Hindi ko alam sa ibang team kung meron. I can’t even recall sa ibang team na after a few games after being operated on, and knowing the work he put on to rehab his knee, agad-agad na ganun. Wala pa kong alam na ganun,” he reflected.

Already struggling in the 2019 PBA Philippine Cup, the Road Warriors lost not just another weapon, but also a glue guy in Alas.

Though they will not have Alas for the next eight to 12 months, Guiao, on behalf of NLEX, vowed that they will be with the 27-year-old guard to help him overcome this obstacle.

“We must support Kevin in any way we can,” shared Guiao, who has been with NLEX since 2016.

“We will be patient, we will wait for him until he comes back.

“We will keep supporting him and we just have to be strong and be able to cope up with tragedies like this,” he closed.

With Paul Lee out, Robbie Herndon makes most out of opportunity