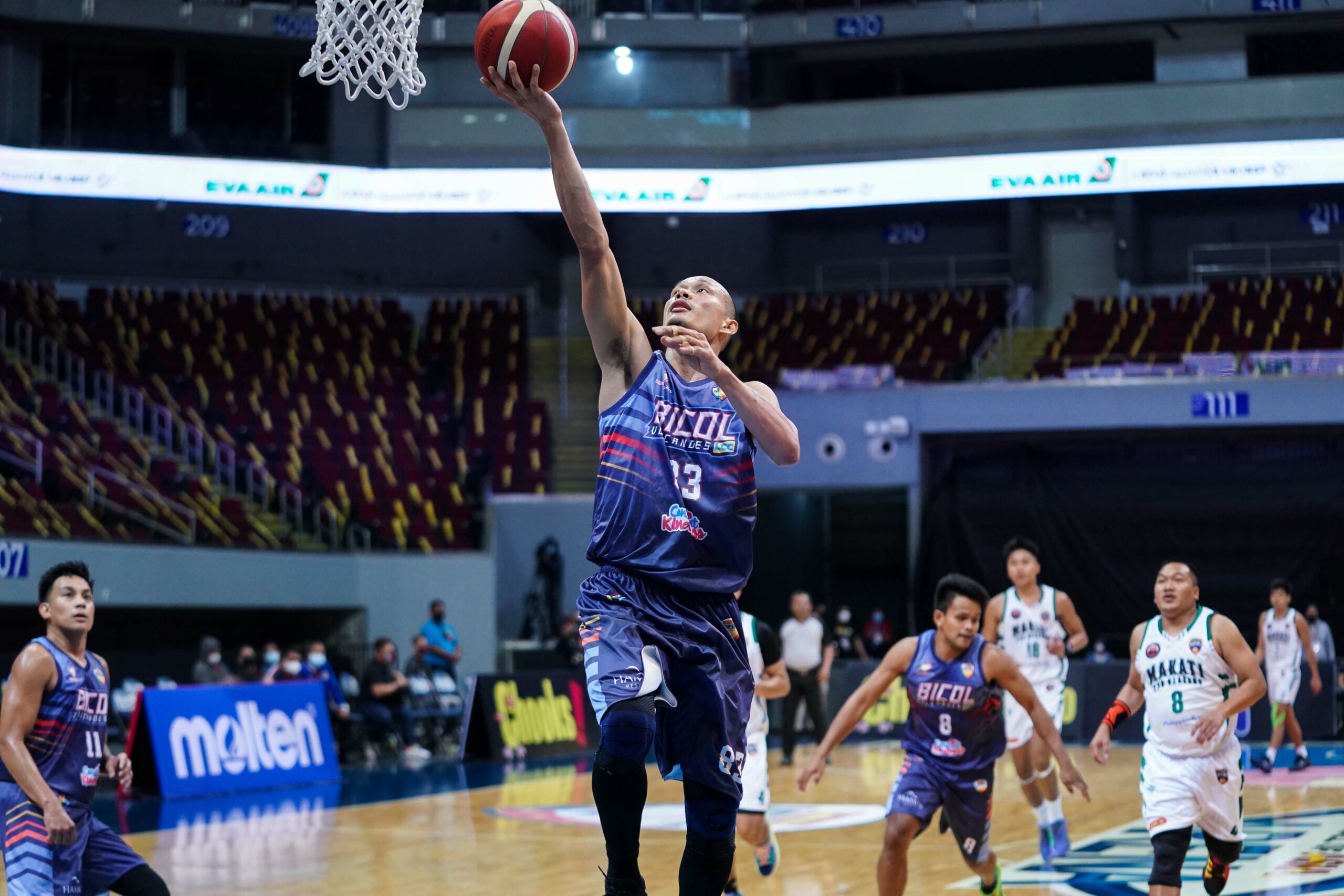 With the win, the Volcanoes moved on the verge of clinching one of the two quarterfinals slots in Group B with a 2-1 slate. It also gave Bicol the tiebreaker against Makati, who dropped to 1-1.

“Good thing that the players are responding to the adjustments that we made,” said Bicol head coach Aldin Ayo as their 70-65 loss to Basilan last Saturday still stings for him. “Hopefully, they become consistent because until now, we’ve noticed that that has been our problem — being consistent with what we do.”

Behind the quartet of Zach Huang, Mac Tallo, Ralph Tansingco, and Mark Yee, Bicol went on a 13-0 start and never looked back. After the dust had settled in the opening frame, the Volcanoes already held an imposing 31-10 lead.

The Volcanoes kept pushing in the third canto, extending their lead to a game-high 26 points, 71-45, during the tail-end of the quarter.

“I just told the players to share the ball and look for the open man and the high percentage points. The rhythm should be fast-paced and has to have direction,” added Ayo.

Tallo, the country’s top 3×3 player, led Bicol with 21 points built on five treys with four assists while Tansingco got 15 points and seven rebounds.

Rence Alcoriza was one of the few bright spots for the Blazers, finishing with 15 points and seven rebounds. Miguel Castellano also grabbed seven rebounds along with 11 points.

Bicol can clinch their quarters spot on Saturday when it takes on Marikina at 5:00PM. Makati, on the other hand, looks to stay alive on Friday when it squares off against Laguna at 9:30AM.