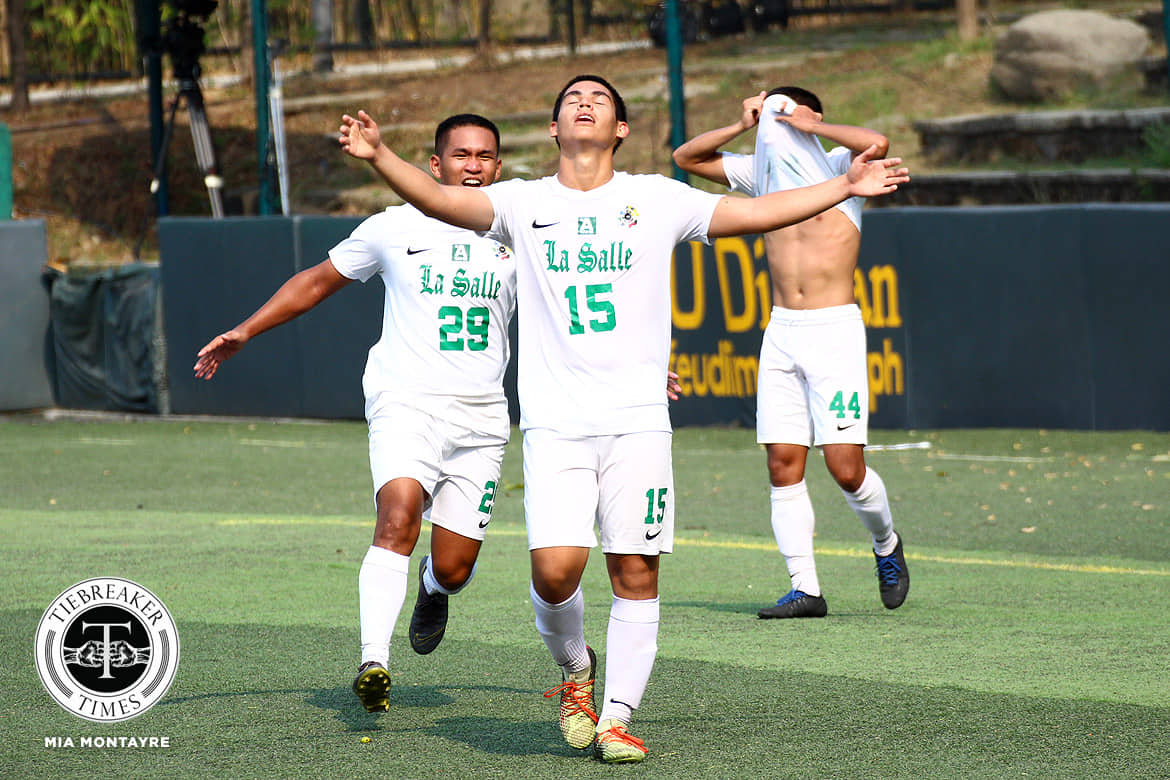 Xavi Zubiri may still be a rookie, but he might have just scored the most important goal in his collegiate career.

With the UST Golden Booters watching on the sidelines, the De La Salle University Green Archers relied on the neophyte forward’s goal to win 1-0 over the Far Eastern University Tamaraws, Thursday afternoon at the FEU-Diliman field in Quezon City.

The victory seals La Salle’s ticket to the Final Four. They finish the elimination round in third place with 25 points, while FEU finish in 4th place with 24 points. On the other hand, the Green Archers’ victory eliminates the Golden Booters from post-season contention.

With the Tamaraws competing for placing in the post-season, the pressure was on the Green Archers to prove whether or not they deserved a chance to compete in the post-season. Skipper Jed Diamante and rookie Mikio Umilin both had big chances to score in the first, but both failed to find the back of the net.

When the second half started, both schools stood toe-to-toe against each other. FEU duo Martini Rey and Anthony Decena had sniffs at goal, which yielded into narrow misses. On the other end of the pitch, rookie John Rey Lagura proved an impact substitute for La Salle, but goalie Dave Parac denied him multiple times with fine saves.

Come stoppage time, the moment that the Lasallian community was waiting for finally arrived. The Green Archers had a set-piece; the ball found its way to Zubiri, who stayed onside and finished right at the foot of the goal to send the Green & White into ecstasy.

La Salle (25 points, third place) will face the University of the Philippines (26 points, second place. Meanwhile, FEU (24 points, fourth place) go up against the Ateneo de Manila University (26 points, first place) for a place in the Finals. The historic Rizal Memorial Stadium in Manila will host both games on May 9, 2019. Kickoff times are yet to be determined.