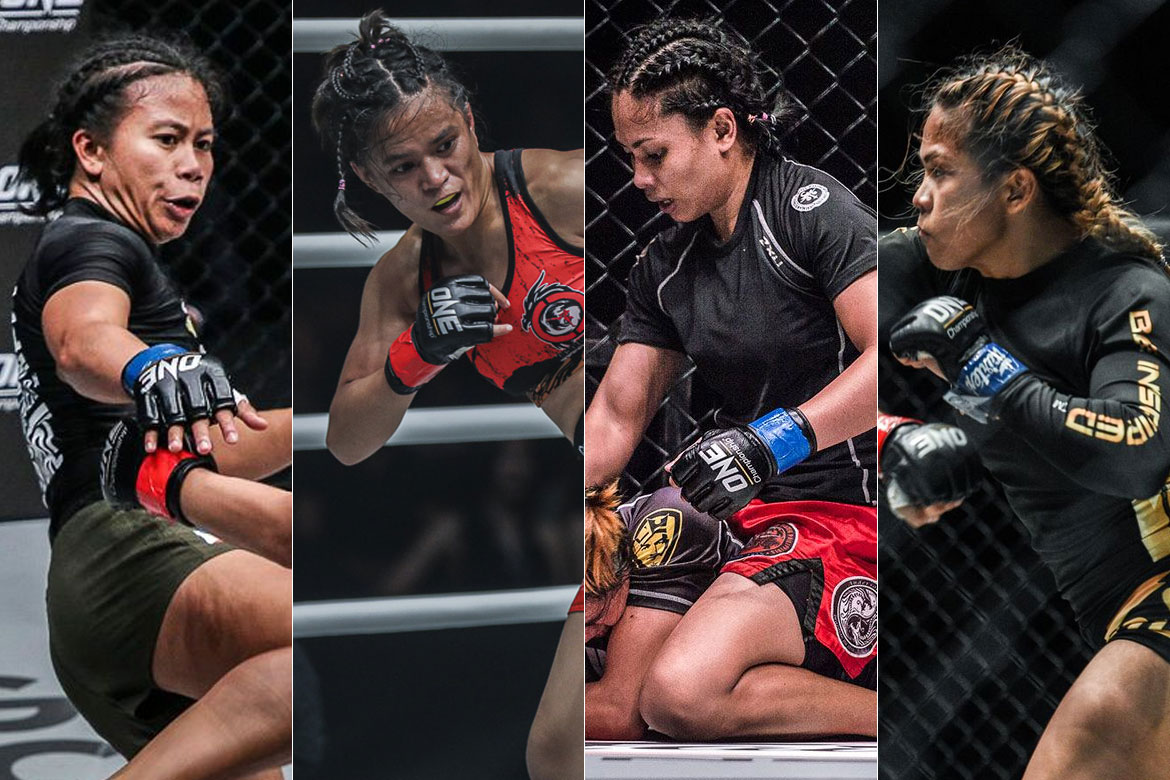 Women’s mixed martial arts is on the rise from all parts of the world, but its development in the Philippines seems to be slowing down — at least in comparison to its male counterparts.

At the moment, only four homegrown Filipinas are actively competing in the ONE Championship main roster in Gina “Conviction” Iniong, Jomary “The Zamboanginian Fighter” Torres, Angelie “D Explorer” Sabanal, and Denice “The Menace Fairtex” Zamboanga.

And while these four have shown that they can hang with the world’s best, discovering local athletes to follow their footsteps has been pretty hard.

For Team Lakay’s world-renowned head coach Mark Sangiao, that is certainly the next step in the growing mixed martial arts scene in the Philippines.

“The long term goal for us now is getting more athletes in the women’s division,” Sangiao said.

“That is the plan. We hope to get more women’s athletes involved in the sport, and maybe one day produce a World Champion in the women’s division.”

Even Team Lakay, despite all the talents they’ve produced and all the World Titles they have snagged, still struggles to find quality sparring partners for Iniong for her match against Asha “Knockout Queen” Roka next week at ONE: Fire and Fury

The team continues to work hard at honing young athletes to follow Iniong’s footsteps; still, “Conviction” admits that some are still either fairly raw or too young.

“Right now we’re preparing some athletes to follow my footsteps. It’s all about making sure that they’re well-equipped when they step into mixed martial arts. Others are still fairly young.”

So at times, Iniong and her team have to adjust during training camp, including tapping her male teammates like Estrada Dong-As and Scooby Coquia Jr. as her training partners.

“In training, sometimes I spar with men and I’m getting used to facing stronger athletes,” Iniong said.

“Coach Mark has always told me that it’s better to struggle in training than in the actual fight, so that’s why he asked me to start getting used to it.”

For Catalan Fighting System head coach and ONE Strawweight World Title contender Rene “The Challenger” Catalan, there is a simple reason why the women’s division is not thriving as much as their male counterparts.

He explains that it all goes down to the difference of when they start. While men start at a fairly young age, women martial artists start a bit later on in their lives.

“I think the ladies start MMA later than men. Early on they’re not that decided to pursue it, unlike our male athletes who are exposed to martial arts in ages as low as four,” he added.

Many women have now become interested in mixed martial arts all over the country. Still, Iniong quipped that finding the right team and the right coach will be critical for their development.

Not many can say that they have a Sangiao, or a Catalan in their corner who would really push them to their limits and be their mentor in this sport.

Iniong was lucky to have one, and she hopes that those who want to pursue a career in this find the camp that they can truly call her own.

READ  Calm before the storm as Folayang, Nguyen face off for the first time

“For me, there are a lot of ladies who are into mixed martial arts, but they haven’t found the right coach and the right gym to train them, and that’s why they struggle to push their way up,” Iniong stated.

And so the 30-year-old Filipina urges her fellow Pinays to keep on pushing, and they will see the reward.

“You just have to keep on pursuing your goals. Just keep going,” Iniong advised.

“You’ll get rewarded with proper training, good-sized confidence in yourself and of course, faith in God.”

Gina Iniong’s quest in the ONE Women’s Atomweight division continues at ONE: FIRE & FURY when she battles Asha Roka on January 31 at the Mall of Asia Arena in Manila, Philippines.

Watch the event live and dine with your ONE Championship heroes in the ‘Boodle Feast VIP package,’ which includes two tickets for the event and access for two to the Boodle Feast on 29 January at the City of Dreams.