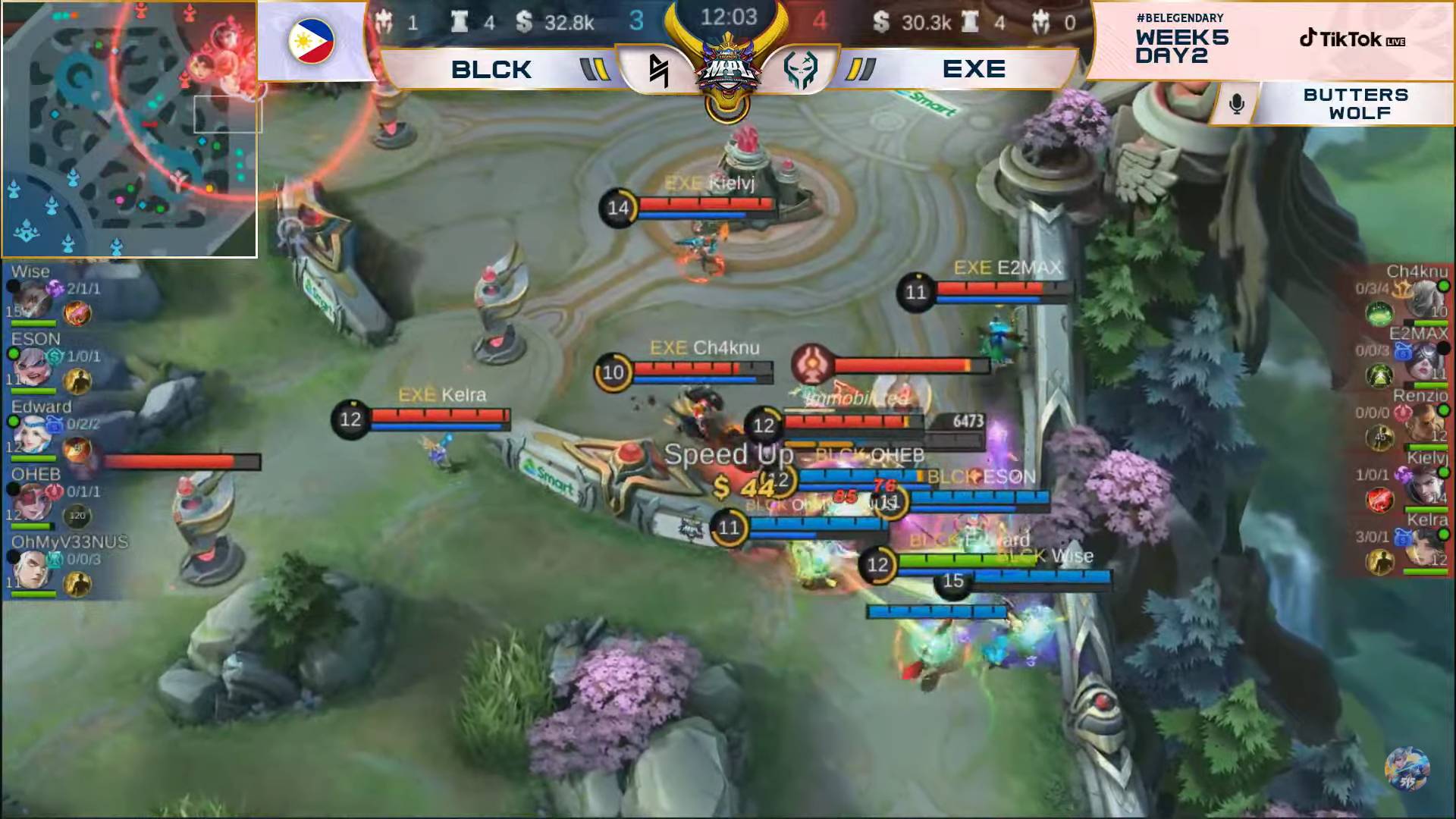 After suffering its first loss of the season vs Bren, Blacklist International bounced back quickly as it handed Execration its third-straight loss via a 2-1 win in the Mobile Legends: Bang Bang Professional League-Philippines Season Seven regular season, Friday.

When the game restarted, it seemed like Execration received the short end of the stick as Danerie “Wise” Del Rosario’s Granger single-handedly took down the entire Execration contingent to cap off the siege.

Mark “ESON” Gerardo was named the SMART MVP of Game Three with a 1-0-7 stat line with his Popol and Kupa. 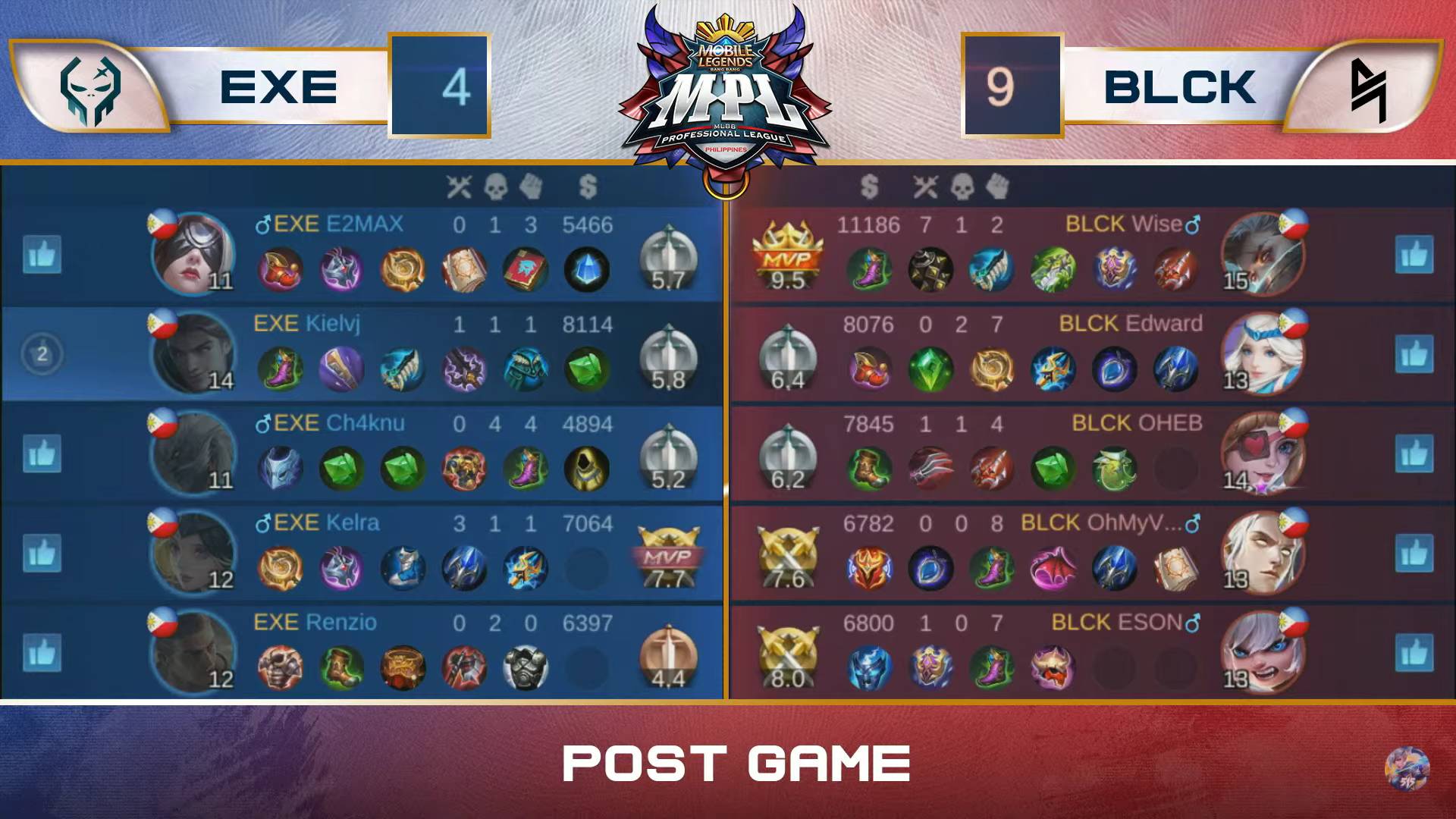 It was a low-scoring game for both teams, with Blacklist taking the 9-4 win in just 12 minutes and 55 seconds.

Through the zoning capabilities of Renz “Renzio” Cadua’s Baxia, Execration was able to gain an advantage in skirmishes as well as map control in Game One.

But a crucial flank from Kiel “OHEB” Soriano’s Lunox inside the lord pit gave Blacklist International to snatch the lord from Execration and take down four of their members in the process to seal the opener.

Wise won the SMART MVP award after putting up a 3-0-6 line with his Granger. 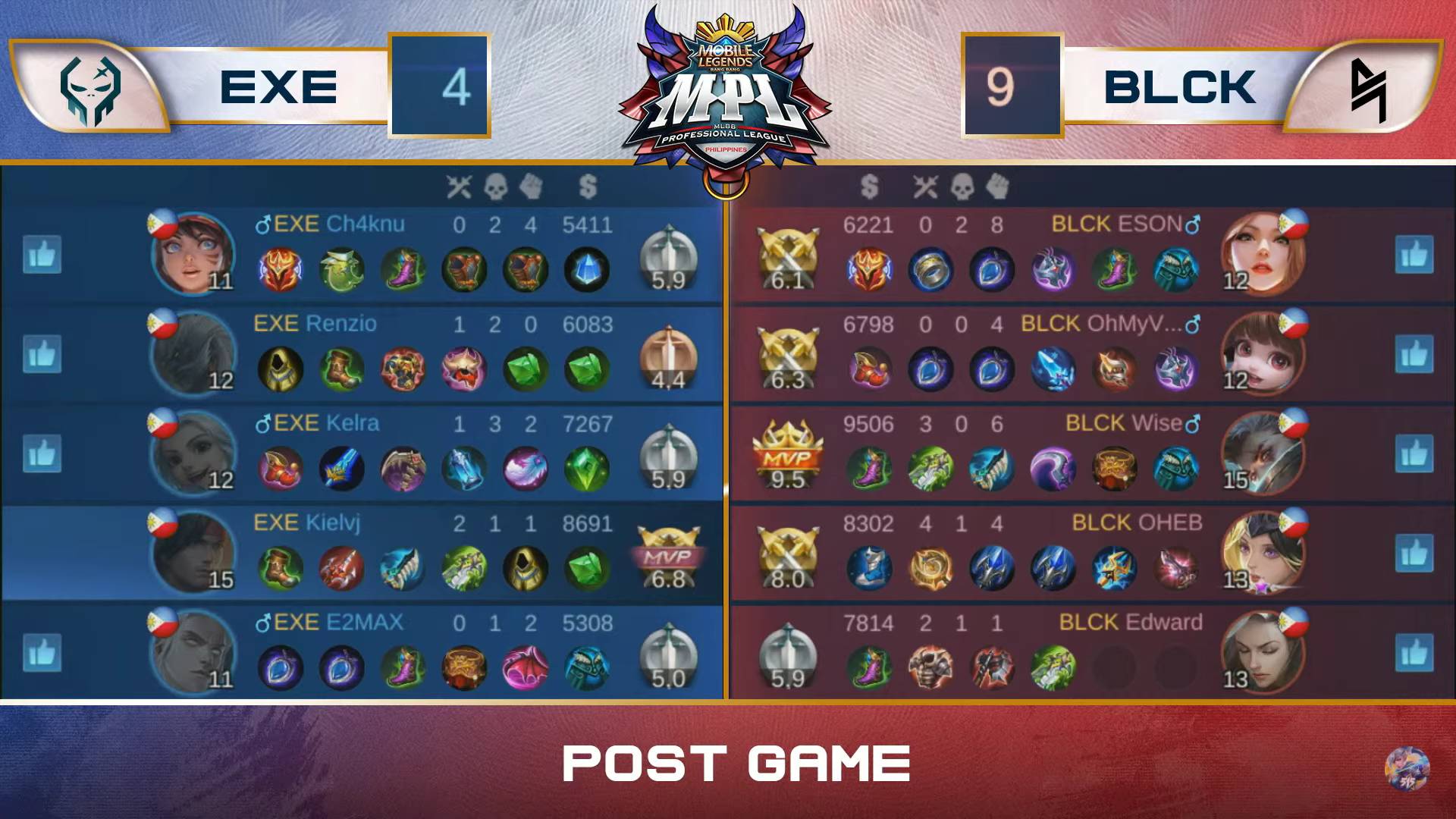 Crucial set-ups from Joshua “Ch4knu” Mangilog’s Khufra proved to be the difference in Game Two as Execration, despite having the Lancelot for Kielvj “Kielvj” Hernandez, won the late game this time around to even the series at 1-all.

The top tank from last season registered a game-high 14 assists along with a kill and four deaths en route to the SMART MVP award. 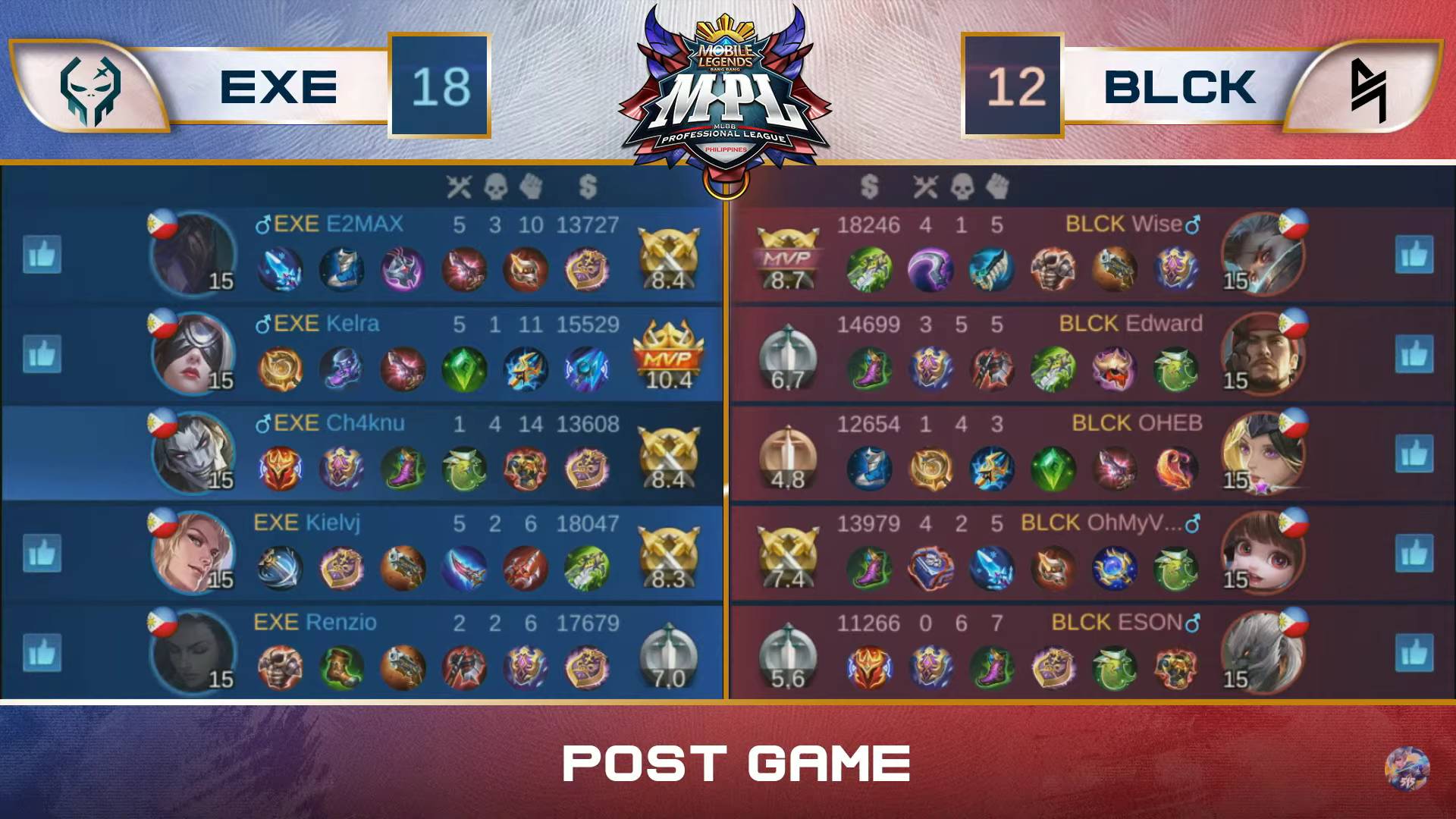 The Tier One-backed squad strengthened its hold of the Group B top spot with 21 points through an 8-1 card.

Execration, meanwhile, kept the third spot in the same group with 11 points and a 3-5 card.

Blacklist International will face Laus Playbook Esports tomorrow at 3:00 pm while Execration looks to enter the win column against Work Auster Force on Sunday at 4:30 pm.