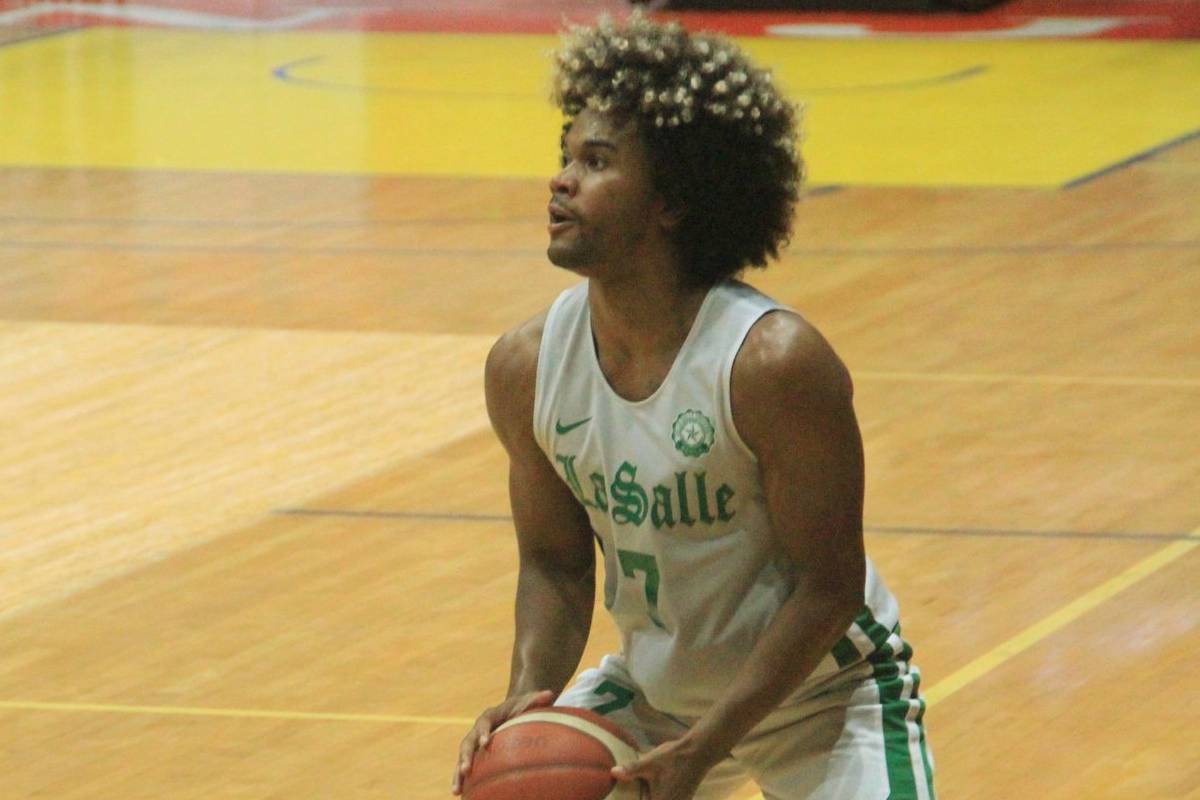 Schonny Winston is back in the folds for De La Salle University and he picked up from where he left off and more.

The wingman provided the points when it mattered as the Green Archers subdued UAAP rivals University of Santo Tomas on Thursday, 86-65.

The Taft-based squad scoured for points as it only produced 45 percent from the field, but Winston made a living from the free-throw line after he continually attacked the UST defense. In the end, he scored 14 of his 25 points from the line at a 93-percent clip.

For Winston, he was just happy to be with his brothers again after that productive UAAP season.

“It was good to be back, playing for La Salle. And to just be with the guys and hang out with the guys,” he said.

Despite going back to the States to reunite with his family, Winston shared that he kept himself busy developing himself as a basketball player.

“I came back to the States to train and try to extend my game, to work on my game in various trainings and stuff like that. And to try to bring something new to the team,” the 23-year-old winger shared.

That bringing something to the table was evident in his very first game back, and no less than his head coach Derrick Pumaren felt that Winston pulled them through with that win.

“We weren’t able to get a good offensive line at the start, but Schonny right here kept us in the game by taking it inside,” the seasoned tactician commented on Winston’s takeover mentality.

With Justine Baltazar exhausting his playing years for the Green and White, Winston and the rest of the players are more than excited to take the cudgels in the next UAAP season.

The former Central Michigan University product was thrilled with what he saw so far with the Green Archers, including a talented incoming rookie in Kevin Quiambao and the much-improved UAAP 84 Mythical Team member Michael Philips.