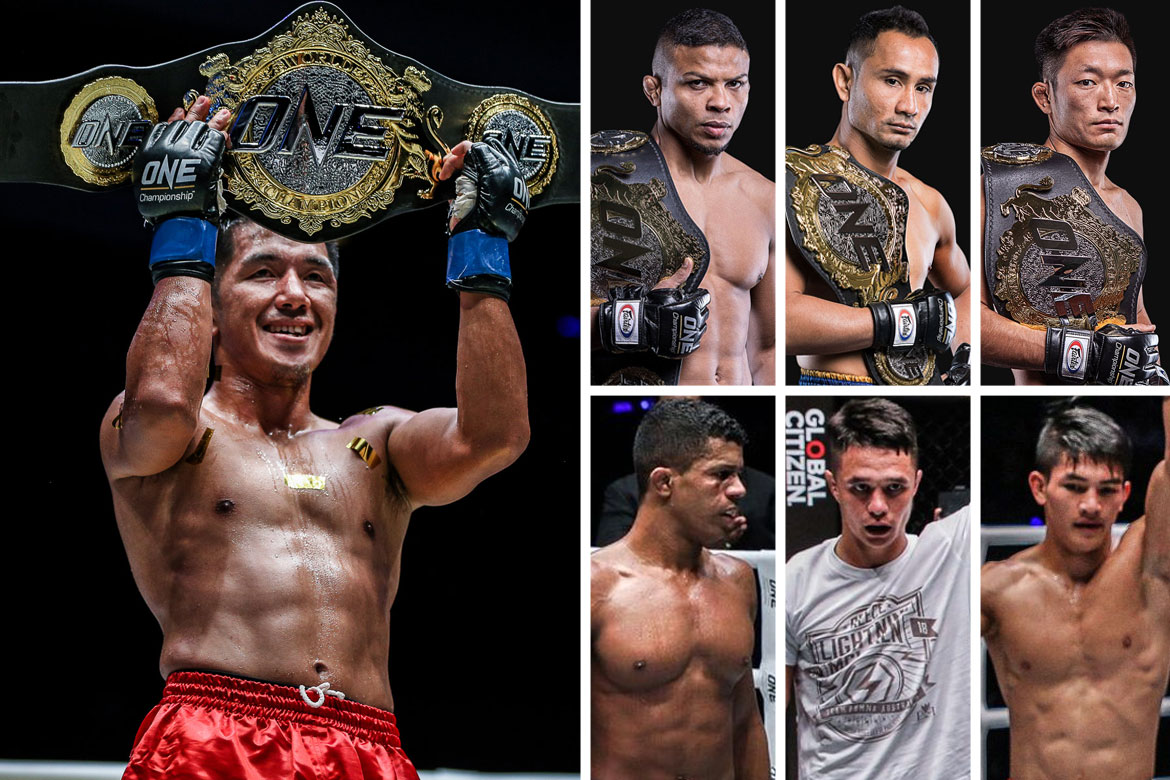 Following in the footsteps of his mentors and heroes ex-Featherweight Champion Honorio Banario and former Lightweight Champion Eduard Folayang, Geje Eustaquio became the third world champion from the famed Team Lakay camp after winning the ONE Flyweight World Championship, Saturday evening in Macau.

Even with this feat, he will still remain humble when he reports back to camp.

“The feeling is the same. When we’re the same inside that gym, there’s no ego, humility is always there,” he shared.

“I’ll always be their janitor and water boy.”

But Eustaquio has to get back to business real quick, as there are plenty of opponents and opportunities waiting for him. Next for him will either be the definitive end to his budding rivalry with Adriano Moraes or a title defense against top-ranked Filipino-Australian Reece McLaren (11-5).

Moraes, who is 17-3, felt that he was robbed of a decision during Pinnacle of Power. McLaren, on the other hand, is currently unbeaten at flyweight – including an emphatic submission win over Gianni Subba last March.

“For me, if the fans are not yet bored with us fighting then let’s go but if I have better opportunities i’ll take it,” Eustaquio said about a possible trilogy with Moraes or a bout against McLaren.

“Of course, Adriano’s a world champion and we’re 1-1. He submitted me in the first time but I proved that I became better today. My improvement is way faster than him. Give me more time maybe two to three months, I will be better than him.”

If Eustaquio had his way, however, he would be gunning for a second world championship.

The wushu practitioner wants to either drop down to strawweight to face champion Yoshitaka Naito (13-1), go up to bantamweight to take on kingpin Bibiano Fernandes (22-3), or just stay in flyweight and challenge Super Series Muay Thai champion Sam-A Gaiyanghadao (366-46-9).

“I’m also planning to go to bantamweight or go to strawweight or maybe even challenge Gaiyanghadao in a Muay Thai match. There are a lot of doors for opportunities and I will take the risk,” he shared.

One possible opponent that Eustaquio does not want to cross paths with is brother-in-arms Danny Kingad.

Kingad is 9-1, with his sole loss coming at the hands of Moraes.

As Eustaquio sees it, the 22-year-old Kingad still has time on his side to develop and grow better as a fighter.

“For me, Danny is still young in this sport. He’ll have his time. But I have to admit that we’re in a company — if the boss [Chatri Sityodtong] says we fight, then let’s do this,” he expressed. “As much as I don’t like to compete with this kid, for I believe he still has time, he’s got all the time in the world.

“This kid is developing at a rapid rate. You saw after he lost to Adriano. Now look at how he crumples his opponents inside this ring or inside this cage. He’s a fast learner, He’s growing so fast, so rapidly and he’ll have his own time.”

Eustaquio does not have the same luxury of time as Kingad, with the once-hunter now becoming the hunted.