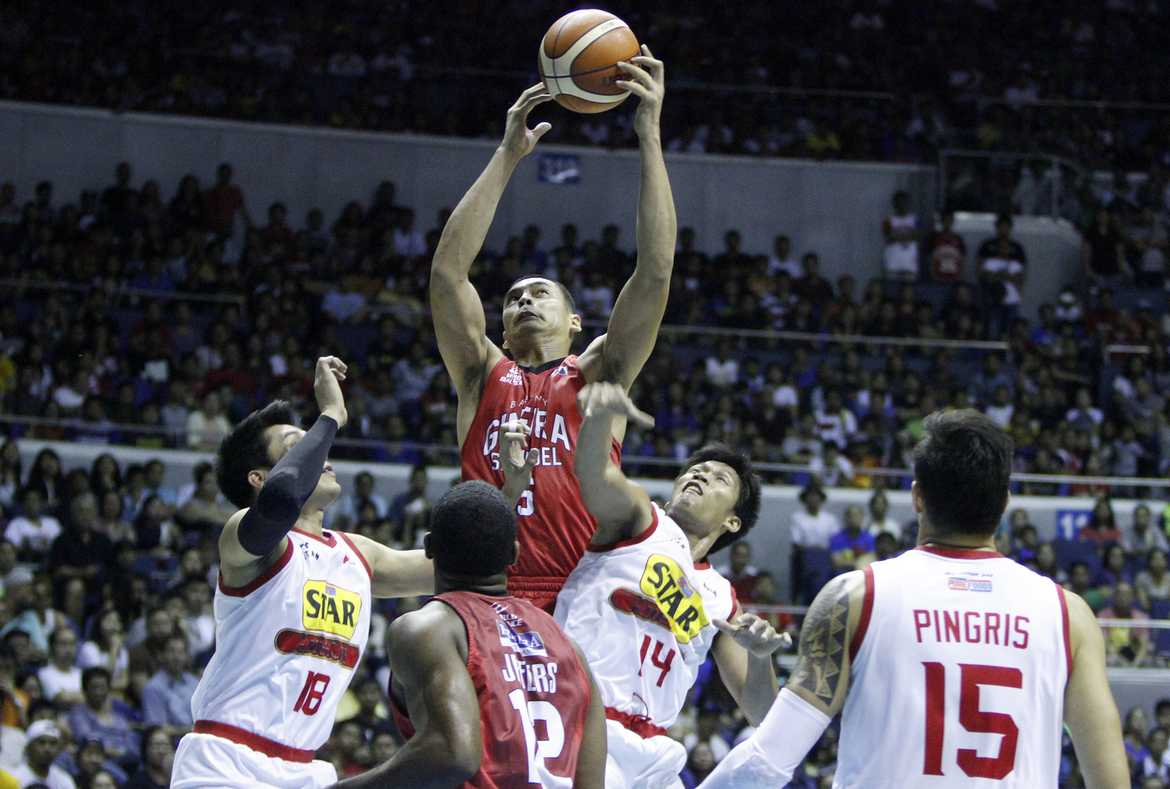 Before the PBA Commissioner’s Cup kicked off, Japeth Aguilar was given another role to fulfill in the import-laden tournament: being one of the key guys in charge of stopping imports.

Ginebra brought in Othyus Jeffers, the smallest among the crop of imports in the conference, as the team’s reinforcement. The move also meant trusting bigs like Aguilar, Joe Devance, and Greg Slaughter that they would be capable of containing other teams’ reinforcements.

On Sunday, Aguilar was splendid on both ends of the floor. In the first half, Aguilar scored 15 points on 6-for-8 shooting, capping an excellent first half for Ginebra with a thunderous alley-oop slam.

I have to give a special S/O to @japethaguilar35 tonight… He did amazing defensively for us tonight! Great job brother I'm proud of u!

In the second half he did have his struggles, missing all of his five attempts but Aguilar made up for its by focusing on the more important thing down the stretch which was getting stops and defending the Star Hotshots.

Aguilar added it was a collective effort for Ginebra, which won its second straight game to improve to 2-2 in the conference while sending Star to a dismal 1-4 card.

Star import Denzel Bowles was limited to only 18 points on 6-for-18 shooting overall, eight rebounds, and five assists. Bowles only had four points in the fourth quarter where Ginebra made its run to win, 92-87.

The 6-foot-9 forward still thinks such role is a big responsibility to shoulder, but he is willing to learn every step of the way to improve defensively.